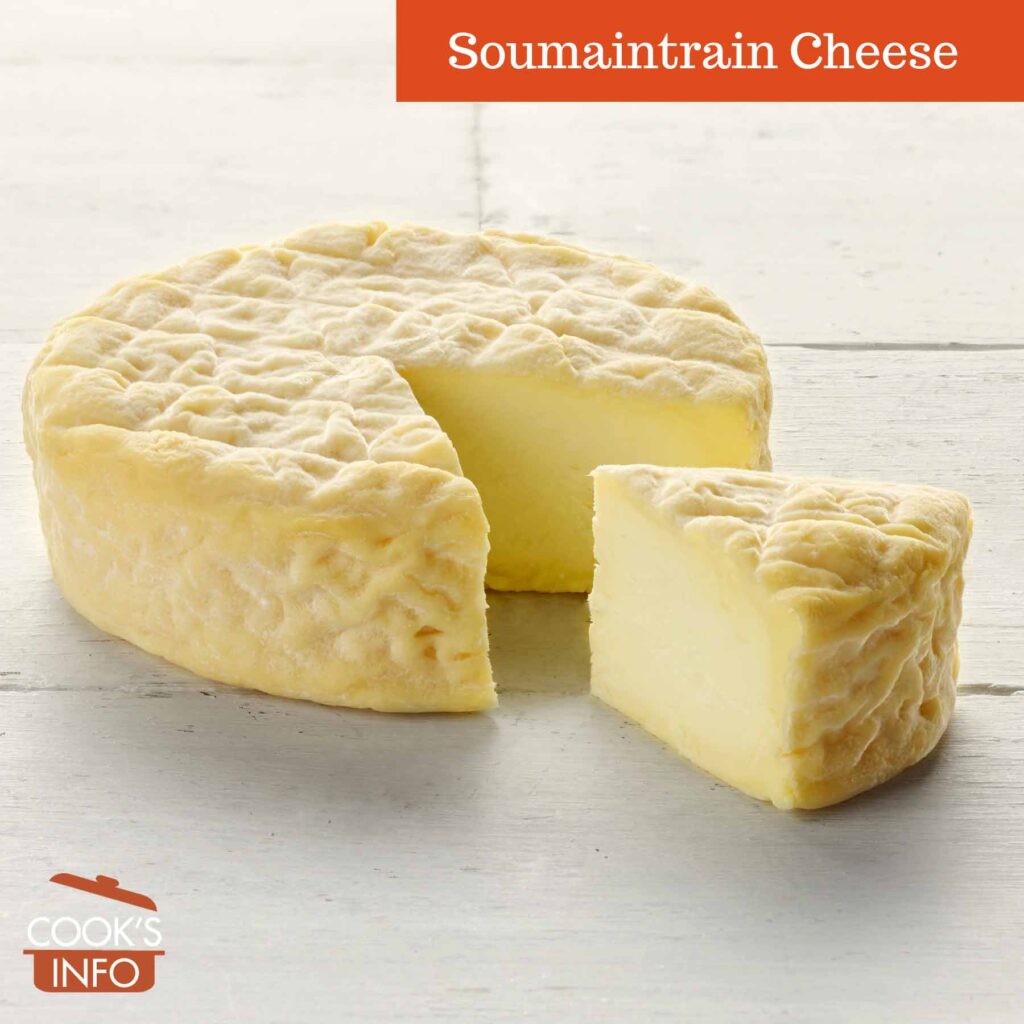 Soumaintrain is a very whiffy French cheese with a taste that is both sweet and salty.

The cheese will have either an ivory-yellow velvet rind or a sticky orange-caramel coloured rind. The orange rind is salty-tasting and edible: its colour is indicative of the presence of brevibacterium linens bacteria typical of smear-ripened cheeses.

Inside, the cheese is soft but not runny.

To make Soumaintrain cheese, cow’s milk is curdled, then the curds are cut, put into a small round mould, but not pressed. The cheeses are unmoulded, and as they age, washed with a mixture of brine and marc (aka grappa). The proportion of marc in the wash is increased as time goes by.

The cheeses are aged a minimum of 3 weeks.

Soumaintrain is made in the Côte-d’Or et Yonne départements in the northern part of the historic Burgundy region, and in the département of Aube just to the north of them. 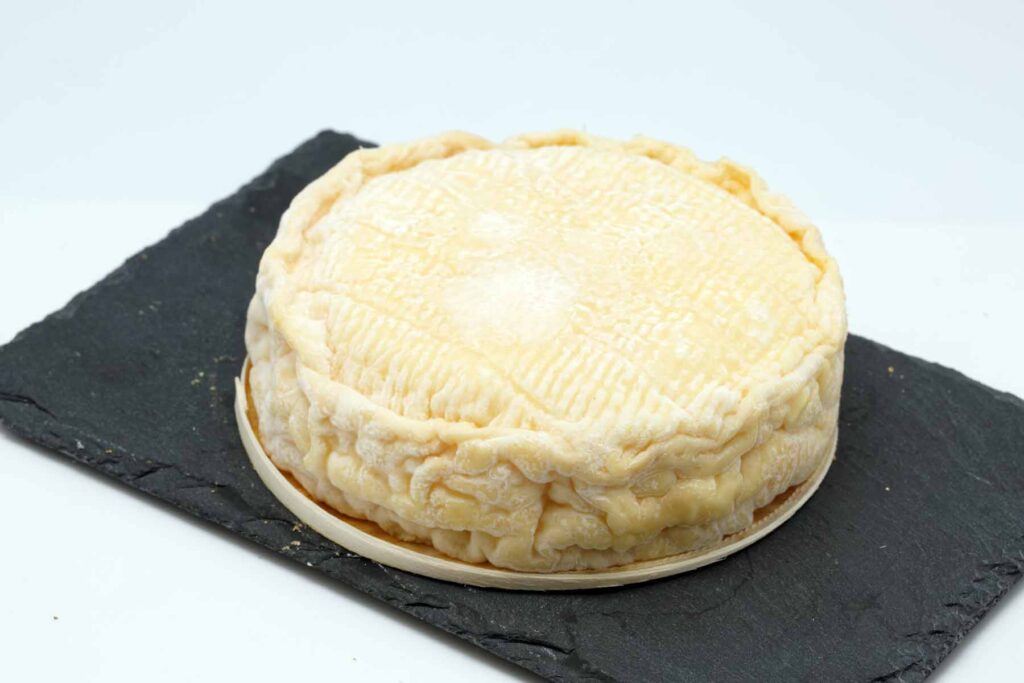 In 2011, an association was created to promote the cheese. 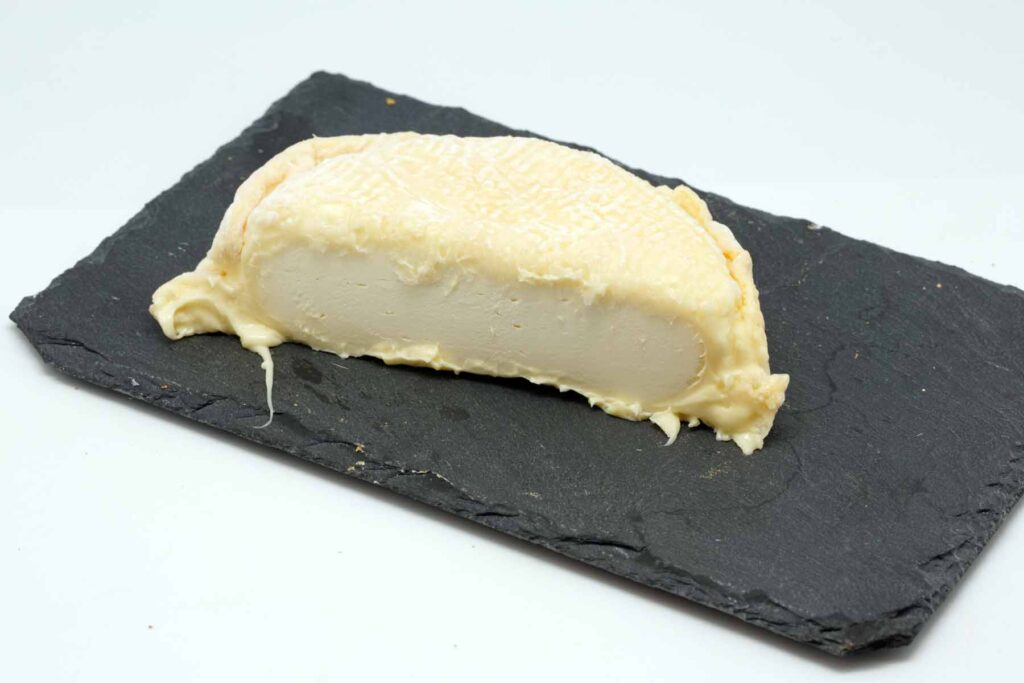 This web site generates income from affiliated links and ads at no cost to you to fund continued research · Information on this site is Copyright © 2022· Feel free to cite correctly, but copying whole pages for your website is content theft and will be DCMA'd.
Tagged With: Burgundy Food, Smear-Ripened Cheeses, Soft Cheeses