×
You are here: Home / Kitchenware / Spoons 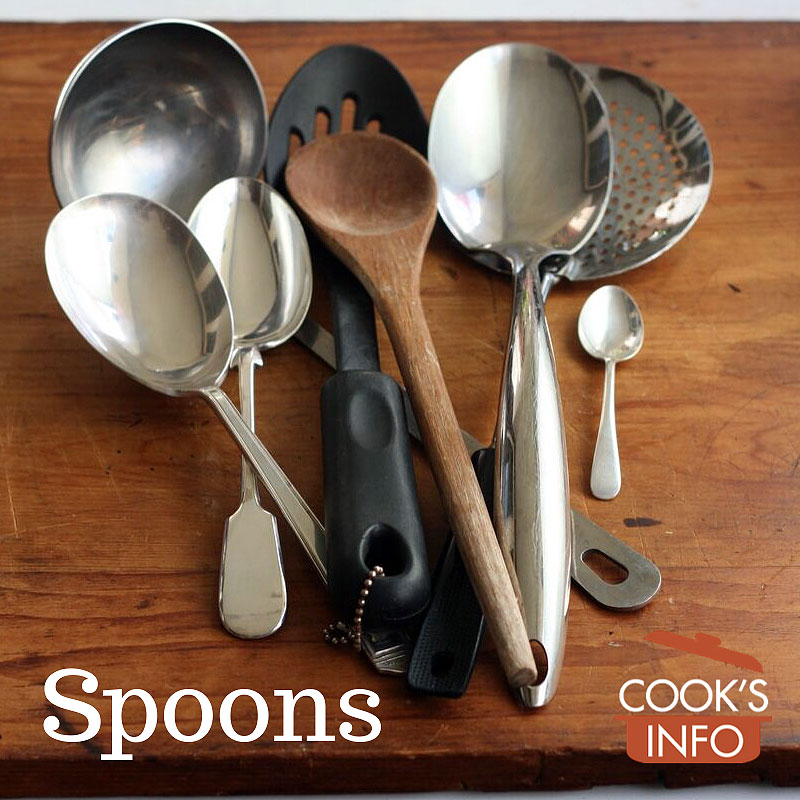 Spoons have likely been part of a cook’s arsenal since mankind first learned how to scoop.  The first spoons would have been made of bone or wood, with millennia passing before spoons made of metals became possible.

Now, no kitchen is complete without a plethora of spoons for every purpose both in the kitchen and on the table. 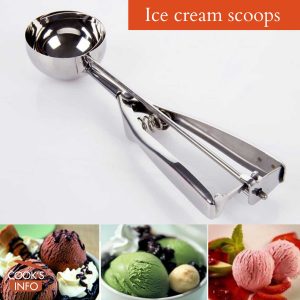 An ice cream scoop is a half-bowl attached to a long handle used for serving ice cream, frozen yoghurt, gelato, and sorbet. 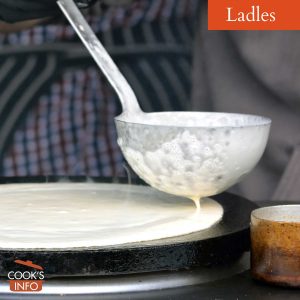 A ladle consists of a long handle that has at the end of it an attachment that looks like a small bowl. It is used for scooping liquids, whether hot or cold. 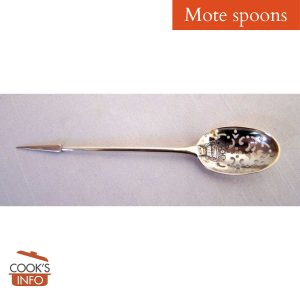 A mote spoon was a small slotted teaspoon to help with serving loose tea. It was used to fish out floating tea leaves from a cup.

A pouring spoon is used to break the flow of one liquid being poured into another so that the incoming liquid settles as a layer on top of the other liquid.

A pudding stick is stick broadly flattened at one end, making it resemble a paddle. It is used to stir thick mixtures with. 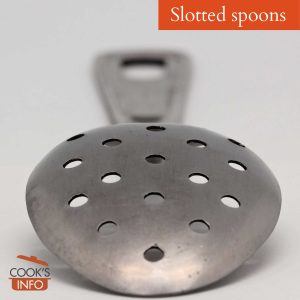 Slotted spoons are spoons with slots or perforations in their bowls. They are used to scoop food items out of a liquid, leaving the liquid behind. 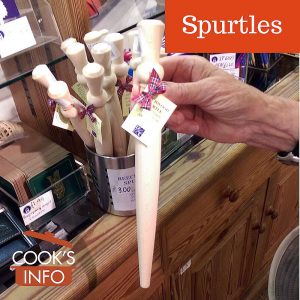 A spurtle is a long, round, thick piece of carved wood specially designed for stirring porridge. It will be thicker at the handle end, which is usually carved in a way to make holding easier. 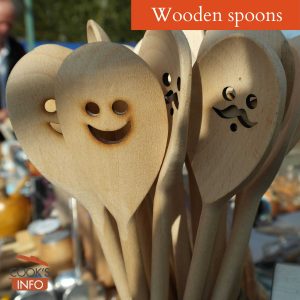 Wooden spoons are utility spoons for the kitchen, typically large and typically made from a single piece of wood. The wood will always be hardwood.