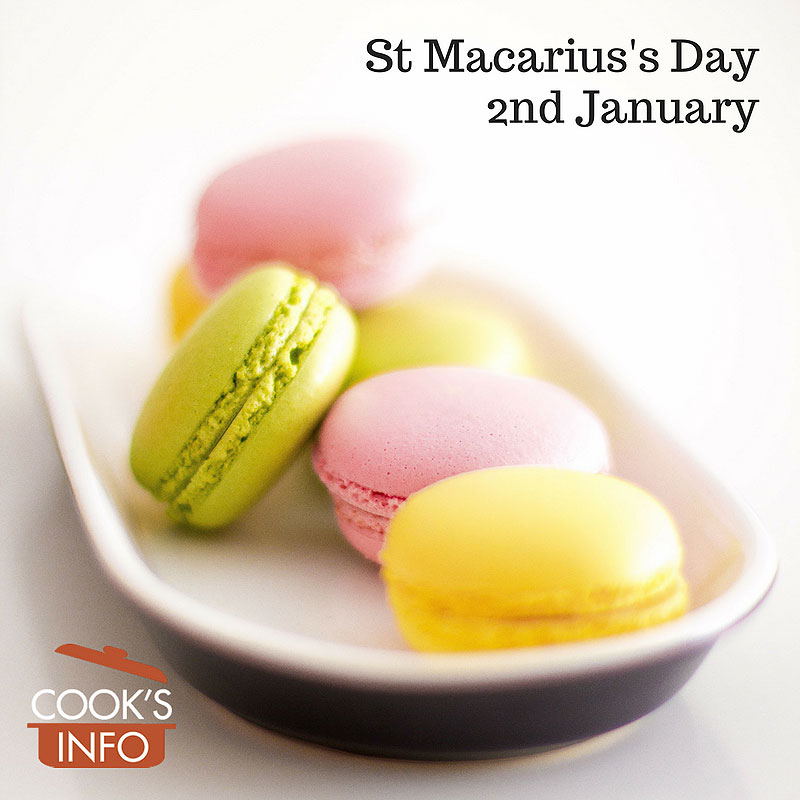 The 2nd of January is the Feast Day of St Macarius of Alexandria.

St Macarius of Alexandria has been dubbed St Macaroon, owing to his name and his association with pastry chefs.

He is also a patron saint of cooks and candy makers.

Some hellions mischievously attribute the invention of macaroons to him, purely on the basis of his name (on that reasoning, one could surmise he also invented macaroni and the Macarena dance.) His attribution as a patron saint of various foods is odd: nowadays, we’d be more likely to call him the Patron Saint of Anorexia, and there are more obvious ones such as St Martha of Bethany.

But in any event, it is with macaroons that urban folklore has created an association for him.

You can use today as a reason to have macaroons or the closely related cookies called “amaretti“.

Macarius was born in Alexandria, Egypt, sometime in the early 300s. He was a merchant in Alexandria selling sweets — candies, fruits, pastries. In 335 AD, he became a hermit, choosing a solitary location somewhere near Saint Anthony the hermit — but not too close, of course, or they both would have been disqualified as hermits.

Later, he travelled to southern Egypt, where he joined a monastery and consumed only raw vegetables moistened in water and, on special celebration days, a few morsels of bread dunked in oil. He once spent 20 days outside without sleep, to punish himself for killing a bug that was trying to bite him. At one point, he spent six months in a marsh near Scete in northern Egypt, to allow insects to bite him to drive every last bit of sexual desire out of him. He achieved his goal, at least in terms of anyone having sexual desire towards him — he returned to the monastery so deformed that no one recognized him.

He is not the same person as Saint Macarius the Elder, also from Egypt, whose feast day is on 15th January. The macaroon one is sometimes referred to as St Macarius the Younger, to distinguish him from the Elder. 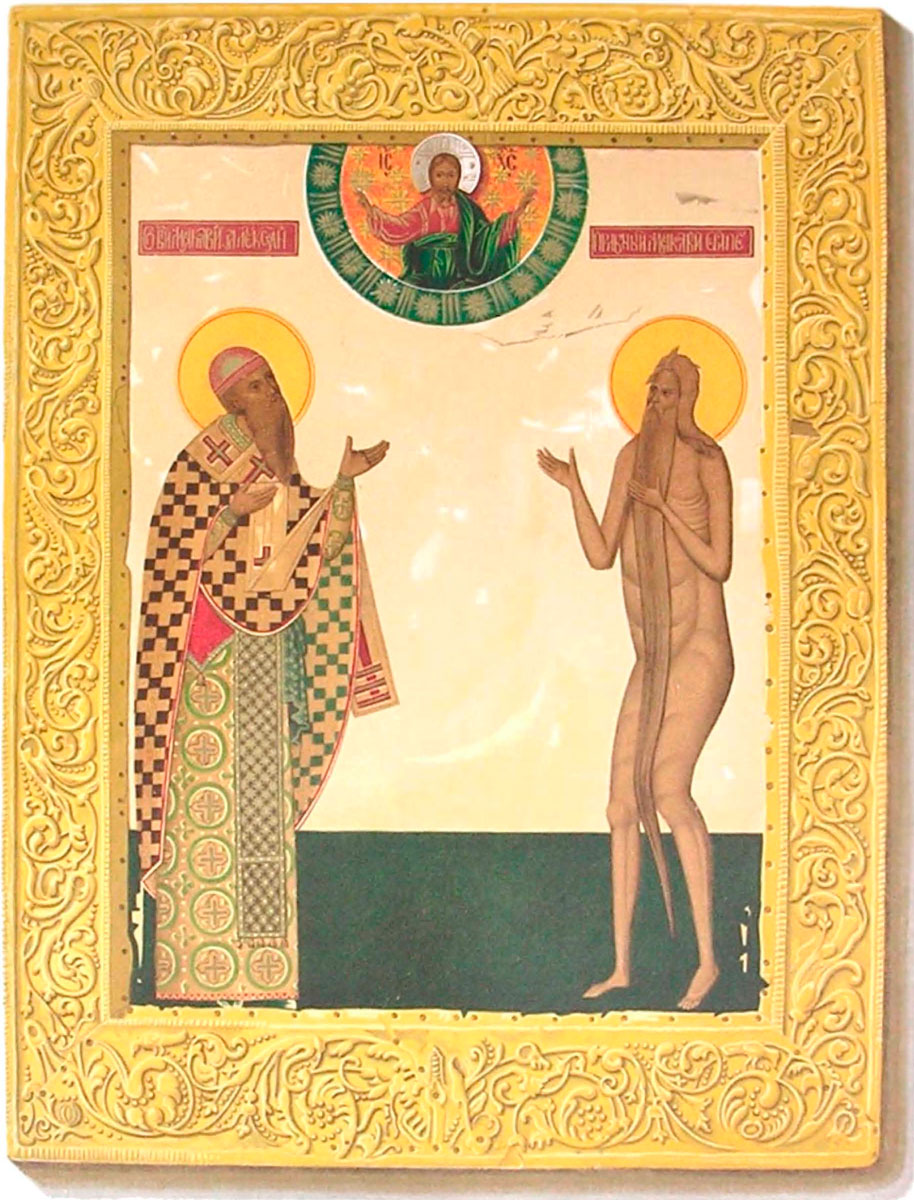 Macarius of Alexandria in: Antiquities of the Russian State. 1846—1853. Fedor Grigoryevich Solntsev, main author and illustrator.

This web site generates income from affiliated links and ads at no cost to you to fund continued research · Information on this site is Copyright © 2023· Feel free to cite correctly, but copying whole pages for your website is content theft and will be DCMA'd.
Tagged With: Saints