×
You are here: Home / Archives for Military Food 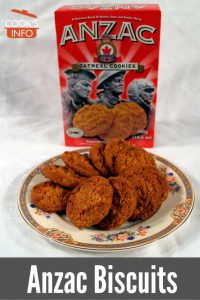 Commercially-made Anzac Biscuits © Denzil Green Anzac Biscuits are dry, crunchy, chewy coconut oatmeal cookies. Though they are flat, they start out as drop cookies which melt out on the cookie sheet. They are made from oatmeal, shredded coconut, flour, golden syrup and butter. Some recipe versions add Macadamia nuts. Anzac Biscuits are good for…

END_OF_DOCUMENT_TOKEN_TO_BE_REPLACED 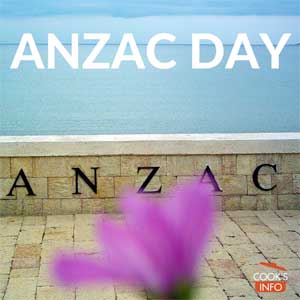 Anzac Day is a solemn day jointly shared by Australia and New Zealand. Anzac is short for Australian (and) New Zealand Army Corps. 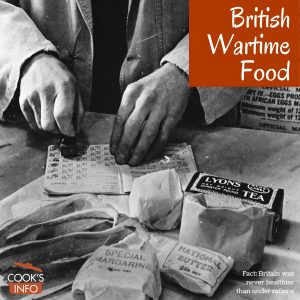 Wartime food policies were one of the critical success factors in WW2 for the UK. They kept the military fed and the civilian population working, and resulted in the British population being healthier than at any time before or since in history.

Bug juice is a beverage. Exactly what the beverage is varies by area, and by tradition, but it appears to always be a soft drink. It can be as simple as red soda pop, straight up. In some traditions, such as North American summer camps for children, it is fruit-flavoured drinks, mixed up from powdered…

END_OF_DOCUMENT_TOKEN_TO_BE_REPLACED 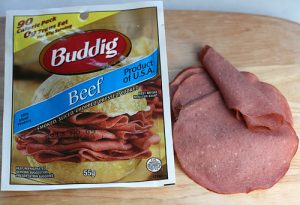 Chipped Beef © Randal Oulton Chipped Beef is very thin slices of salted, smoked beef. It is not as dry as beef jerky, and doesn’t have as much fat. It can be made in different ways. It can be slices of beef taken off a hunk of air-dried beef, usually a lean meat such as…

END_OF_DOCUMENT_TOKEN_TO_BE_REPLACED

The American President Dwight D. Eisenhower (born 1880, died 1969, president from 1953 to 1961) had a method of cooking steak that involved throwing it directly onto coals. “President Eisenhower’s favorite “eatin’ food is thick juicy steak, and next to eating it he likes best to prepare it. The Chief Executive is a skilled steak…

END_OF_DOCUMENT_TOKEN_TO_BE_REPLACED 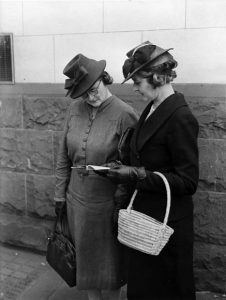 New Zealand (NZ) introduced rationing during the Second War World, largely in order to create a surplus of food that it could use to feed its British and American allies. It was in a way the mirror image of British wartime rationing: in Britain, the rationing was to deal with shortages. In New Zealand, the…

END_OF_DOCUMENT_TOKEN_TO_BE_REPLACED

Pullman Ham is fully-cooked, ready to eat, processed, boneless pieces of ham pressed together, It’s called “Pullman” because it’s a canned ham that is packed in long tins called “Pullman cans” because they are shaped like railway cars in a long rectangle. The weight of the ham will be between 4 to 16 pounds (1…

END_OF_DOCUMENT_TOKEN_TO_BE_REPLACED 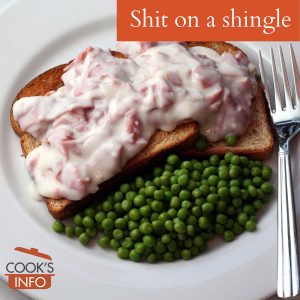 Shit on a Shingle (SOS) is an (unofficial) US military term for some kind of meat in a sauce, served over toast, often served as a breakfast dish. What it means exactly, though, depends on which branch of military service is referred to, and when.

END_OF_DOCUMENT_TOKEN_TO_BE_REPLACED

Tagged With: Beef Round, Military Food