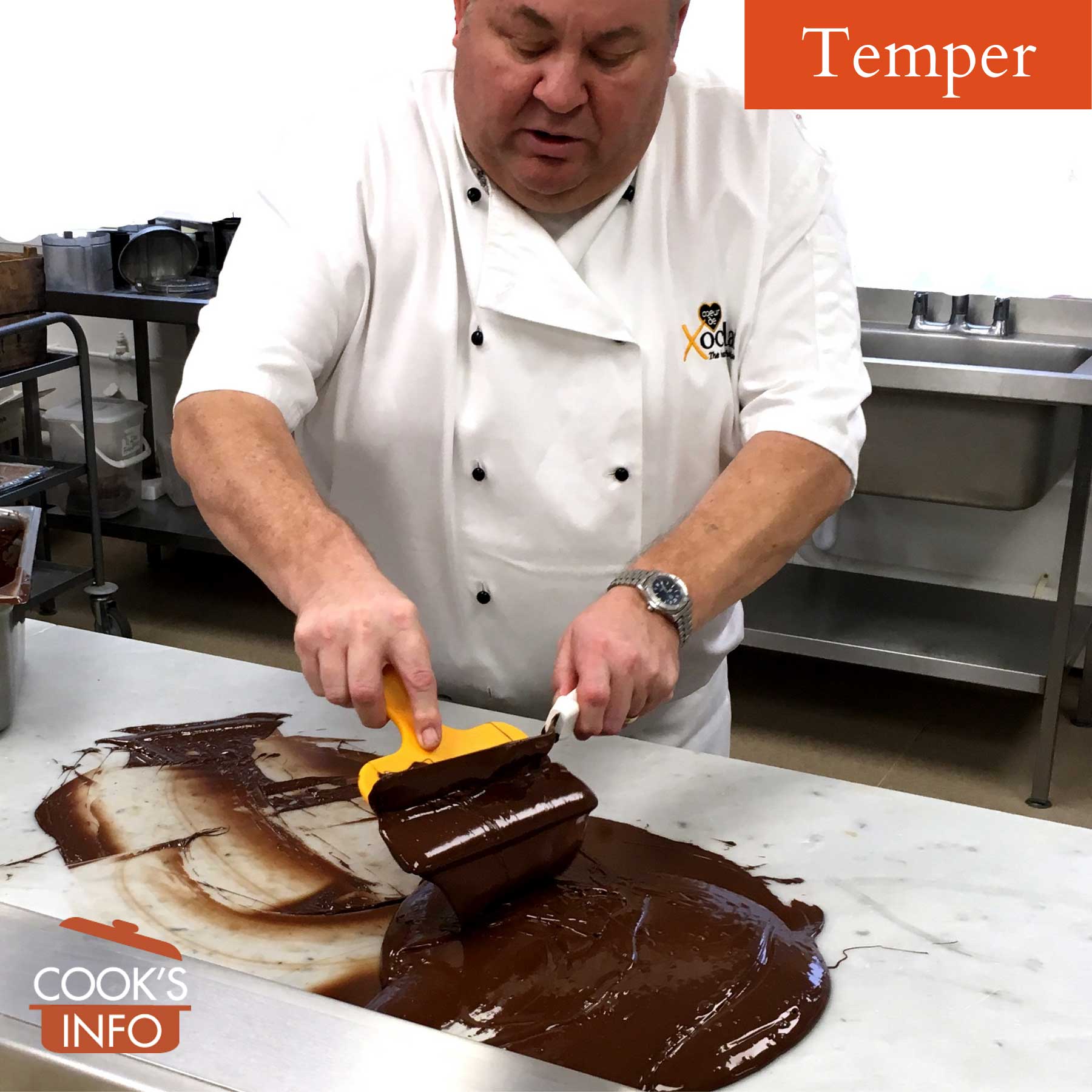 In the kitchen, the word “temper” can be applied to many different things other than the mood of the cook.

Origins of the word “temper”

As a foundation, it’s good to have a quick, simple look at where the word comes from, to understand how a word that we normally use as a noun came to also be used as a verb.

The word comes straight from the Latin verb, “temperare.” This word had many flavours of meaning to it, such as regulate, moderate, diminish excess, correct, mitigate, give something the correct proportions or state. In turn, this verb probably from the word “tempus”, meaning time or seasons, because all time and every season has its limit..

So, to take one meaning out of the above, it is best to think perhaps of “temper” meaning “to moderate”, and to associate it more in your mind with “temperate zone” than meaning “mood.”

Temper can refer to slightly increasing the temperature of something, so that it isn’t overly cold. For instance, you can temper beaten eggs that are straight out of the fridge, or room temperature, by stirring a bit of hot liquid into them. The purpose of this would be so that when you pour the eggs back into the hot mixture that the hot liquid came from, the eggs will be closer to the temperature of the mixture, and therefore not curdle the second they are introduced in.

Temper can also be used to refer to moderating the taste of something — for instance, tempering the tartness of a citrus juice by adding a sweetener to it. 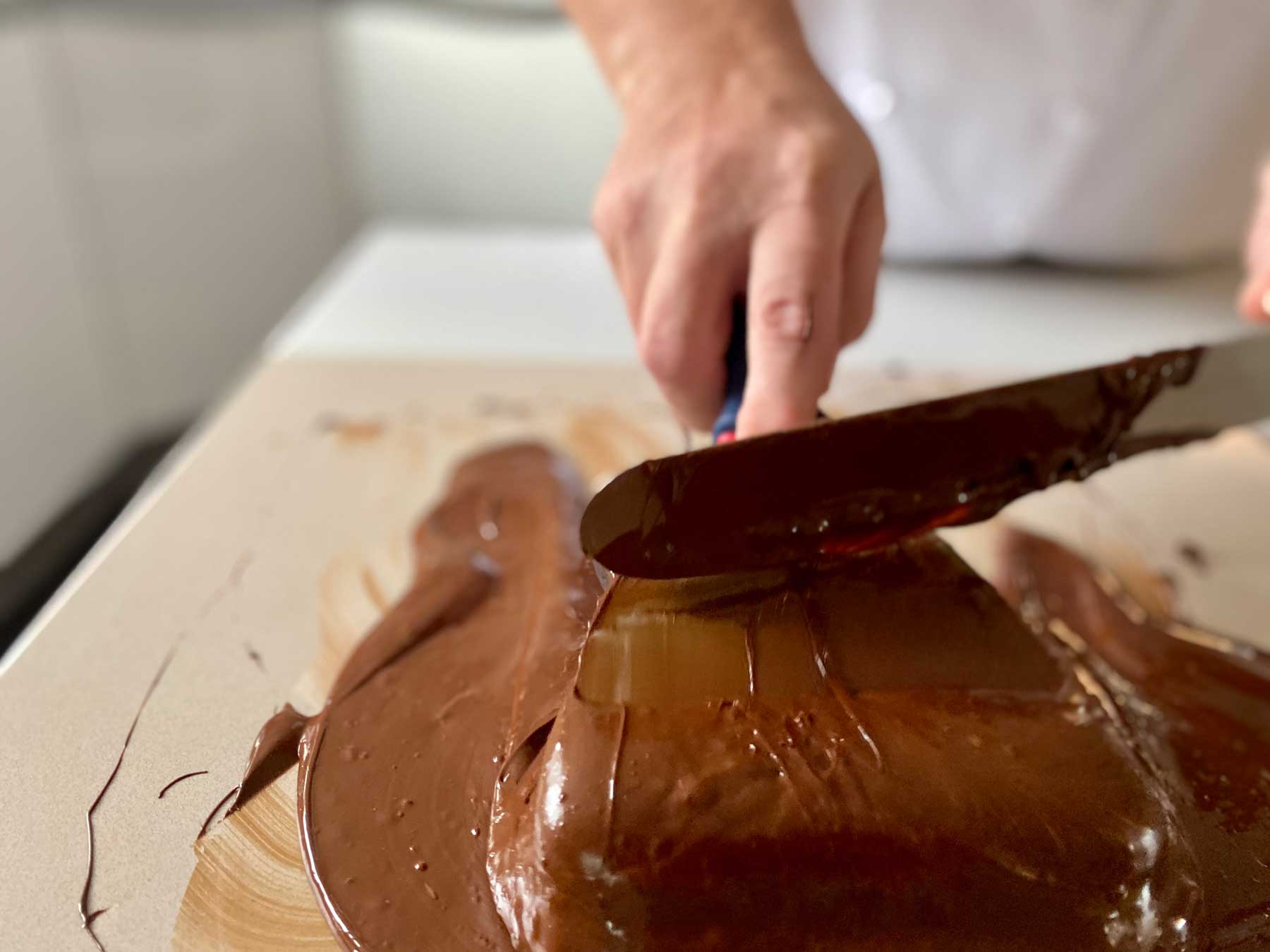 When applied to chocolate, temper means something completely different. It perhaps take on the meaning from the beginning discussion of “give something the correct proportions or state.” With reference to chocolate, temper means getting the fat in the chocolate to form crystals that will be stable at room temperature. These crystals are desirable because they allow for chocolate dip surfaces and moulded chocolate that is glossy and attractive. Untempered or badly-tempered melted chocolate used as a dip will be dull, streaky, uneven and unattractive, and take a long time to set.

Tempering chocolate is done by heating and cooling the chocolate. The chocolate must be stirred while it is cooling. If there’s not enough stirring, not enough crystals will form.

The chocolate is melted and heated to be about 45 C (113 F), then cooled down to 27 C (80 F), the point at which chocolate starts to thicken (never give into temptation to stick the chocolate in the fridge to get it to cool faster — you can’t fool Mother Nature here.) Stirring during the cooling causes the crystals to form. At this point, both stable and unstable crystals will form. Then, the temperature of the chocolate is raised again to 30 C (86 F).

This last rise in temperature melts the unstable crystals that formed, leaving just the stable ones. But, you can’t let the chocolate go above 32 C (90 F) or you melt all the crystals you’ve formed, and have to start all over again. 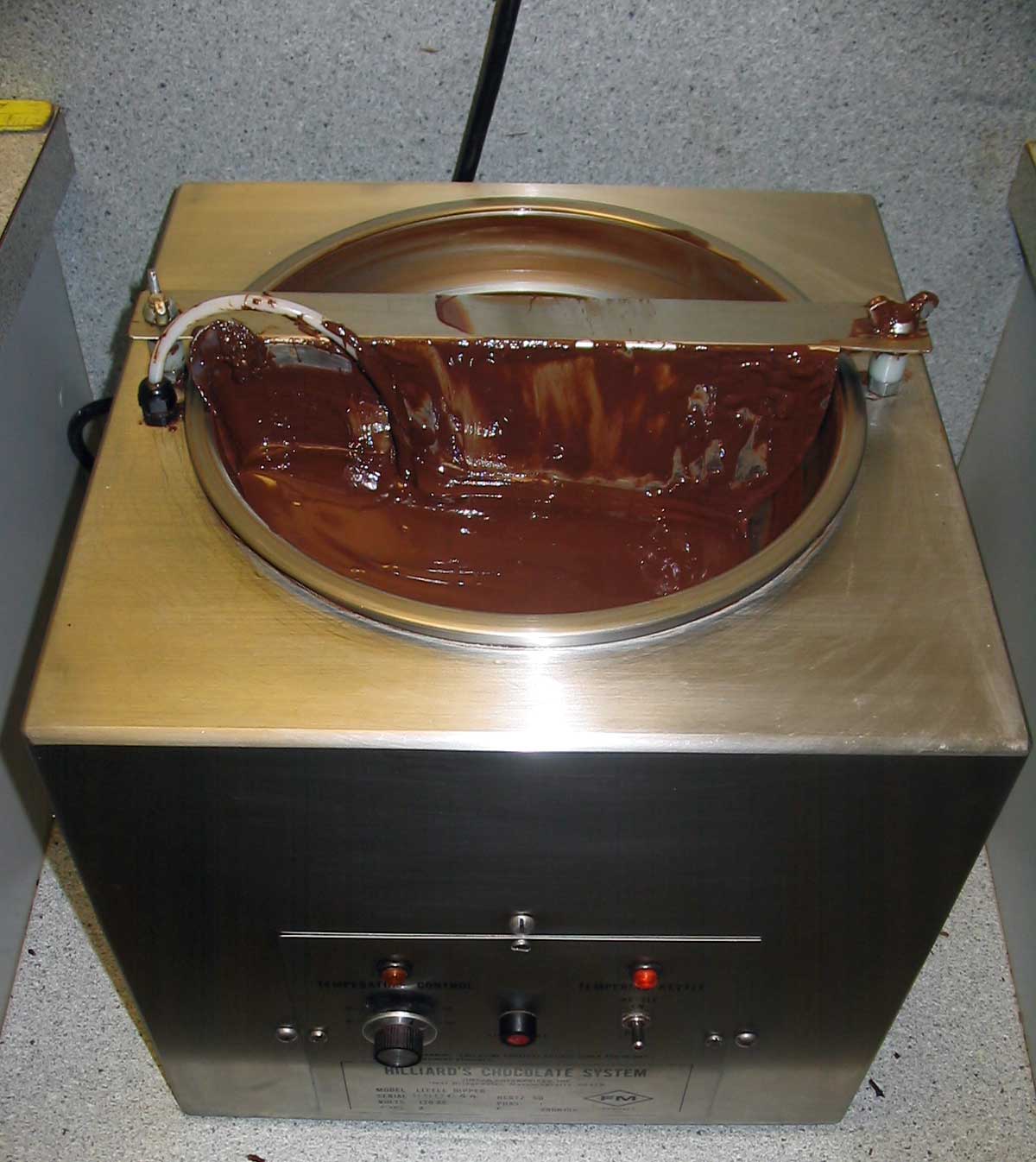