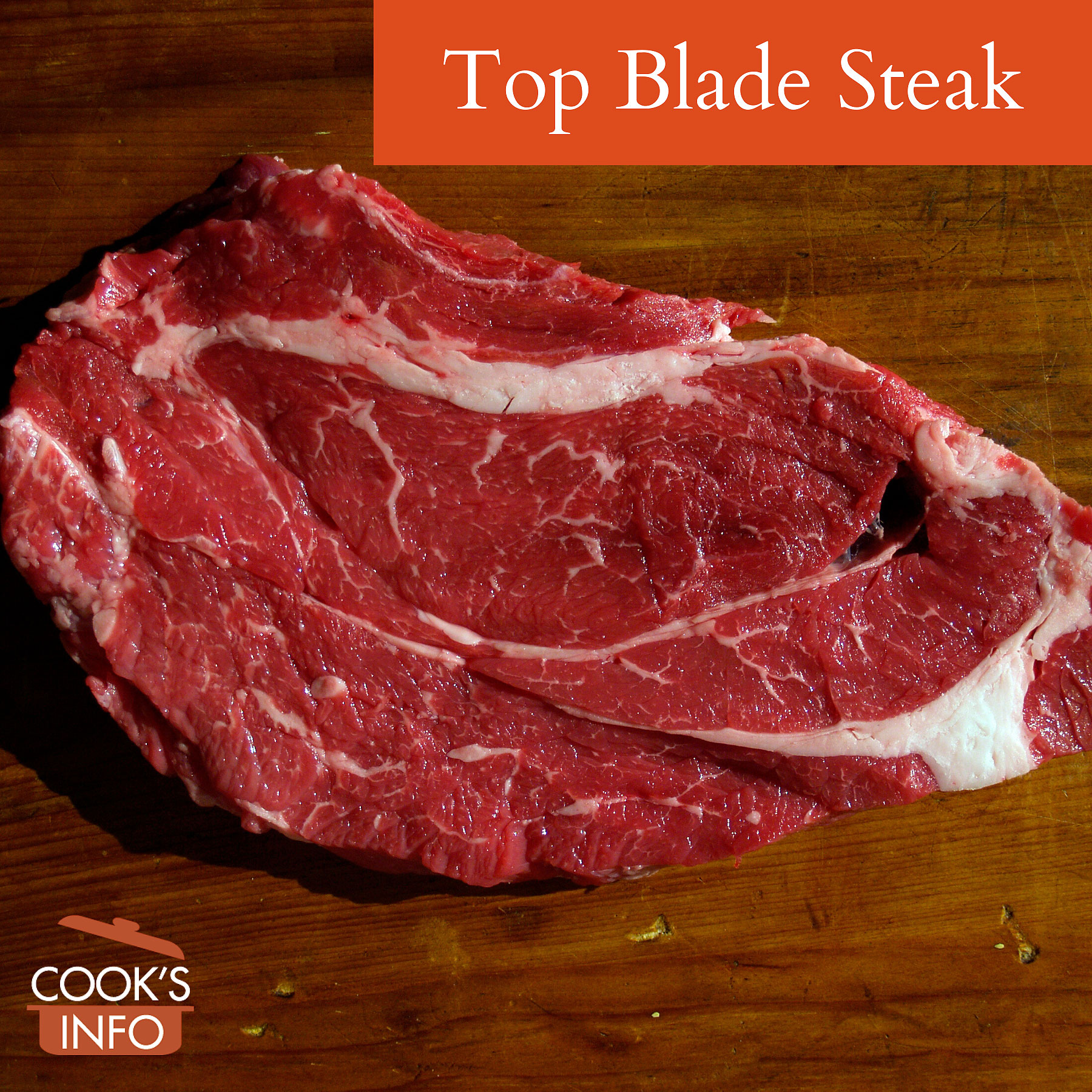 A top blade steak (aka “flat iron steak”) is cut from a top blade pot roast by cross-cutting the roast in the middle, where there is a horizontal layer of connective tissue gristle. The steaks are then trimmed.

Top blade steaks are sometimes oval shaped; other times, they have a shape more like the bottom of an antique clothes iron (whence one of its names, “flat iron”.) They have great flavour, with some gristle in the centre. They’re the most tender of any steak you’re going to get from the chuck area of the cow.

Top blade steaks are more popular in the western half of North America than they are in the eastern half.

Alternatively, instead of cross-cutting, the top blade roast can be cut lengthwise into two steaks along the path of the connective tissue (and against the grain.) This enables the connective tissue to be more easily removed by the butcher. Though steaks cut in this fashion are still technically top blade steaks, as that is the joint of meat they come from, they are usually in North America marketed instead under another name, such as flat iron steaks, to show that more care has been taken in the cutting. One of these steaks will be smaller than the other; the smaller one is sometimes referred to technically as the “long cut shoulder clod.”

Top blade steaks are excellent for any kind of moist heat cooking.

Some people will also marinate them overnight, and then barbeque, grill or pan fry them. When cooked in this way, they will still be a bit chewy.

The steak can be cut into marinating strips for fajitas, etc, with the gristle layer removed. Cut the strips against the grain.

This meat was traditionally used for pot roasts, or for ground beef.

Research to promote it as a more expensive cut was led by Chris Calkin, a meat scientist at the Institute of Agriculture and Natural Resources (University of Nebraska) during 2000 and 2001. The new promotion of it began in 2002. The new name of “flat iron” is meant to help create a new association in consumers’ minds.