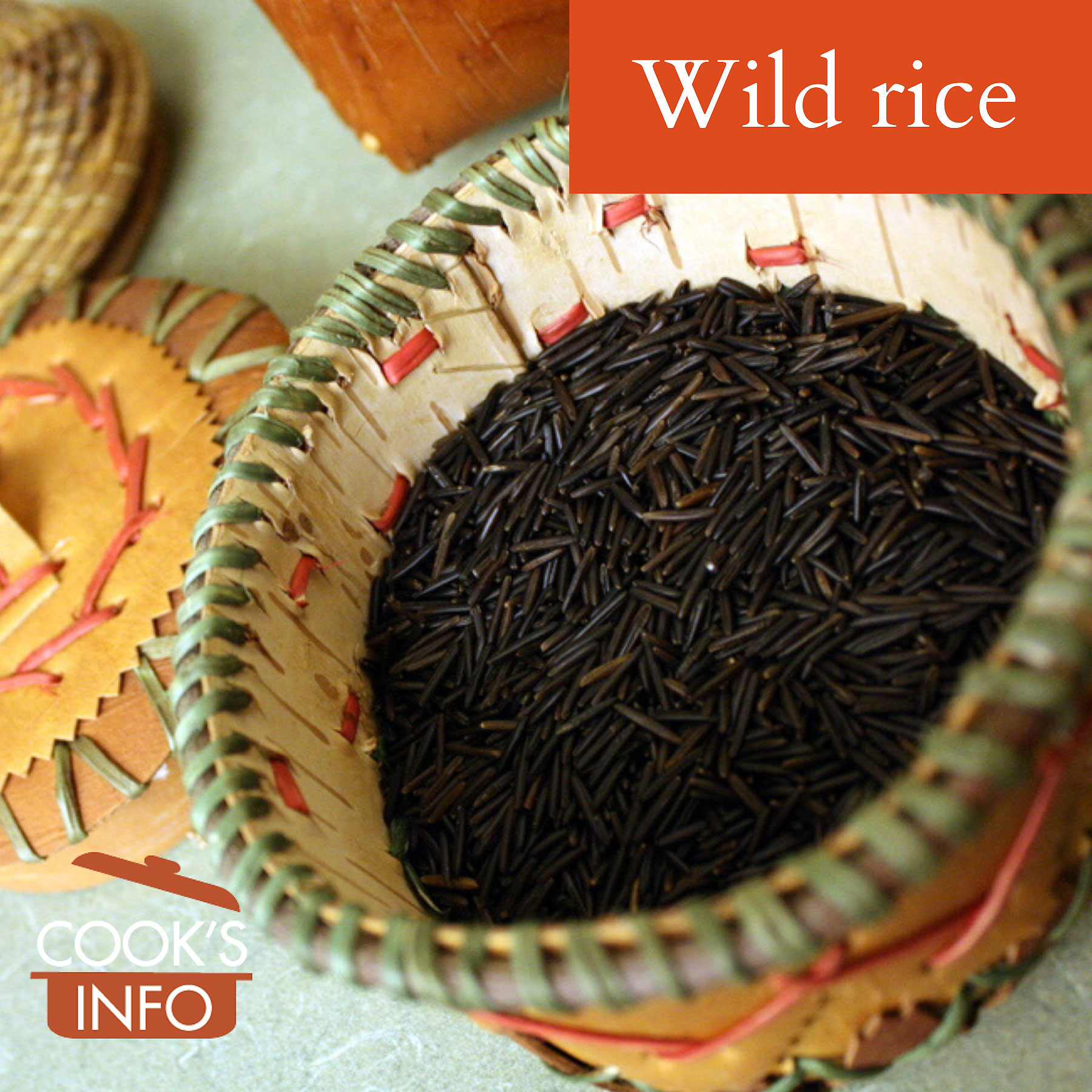 Wild rice, in the sense that North Americans know it, is not a true rice. It’s actually the seed of an annual water grass (Zizania aquatica) which is native to North America.

To be clear: this article does not discuss wild rice as perhaps known in Australia, or Spain, which would be rice from the Oryza sativa plant species which has escaped cultivation to grow on its own out in the wild.

The reed-like grasses grow up to 3 metres (10 feet) tall, and produce flowers at their tops which in turn produce the seeds. The grain ripens over a 10 to 14 day period. In the wild, up to half the crop is lost as seeds just drop on their own into the water. This isn’t a total loss, however: it’s the plants reseeding themselves for next year. 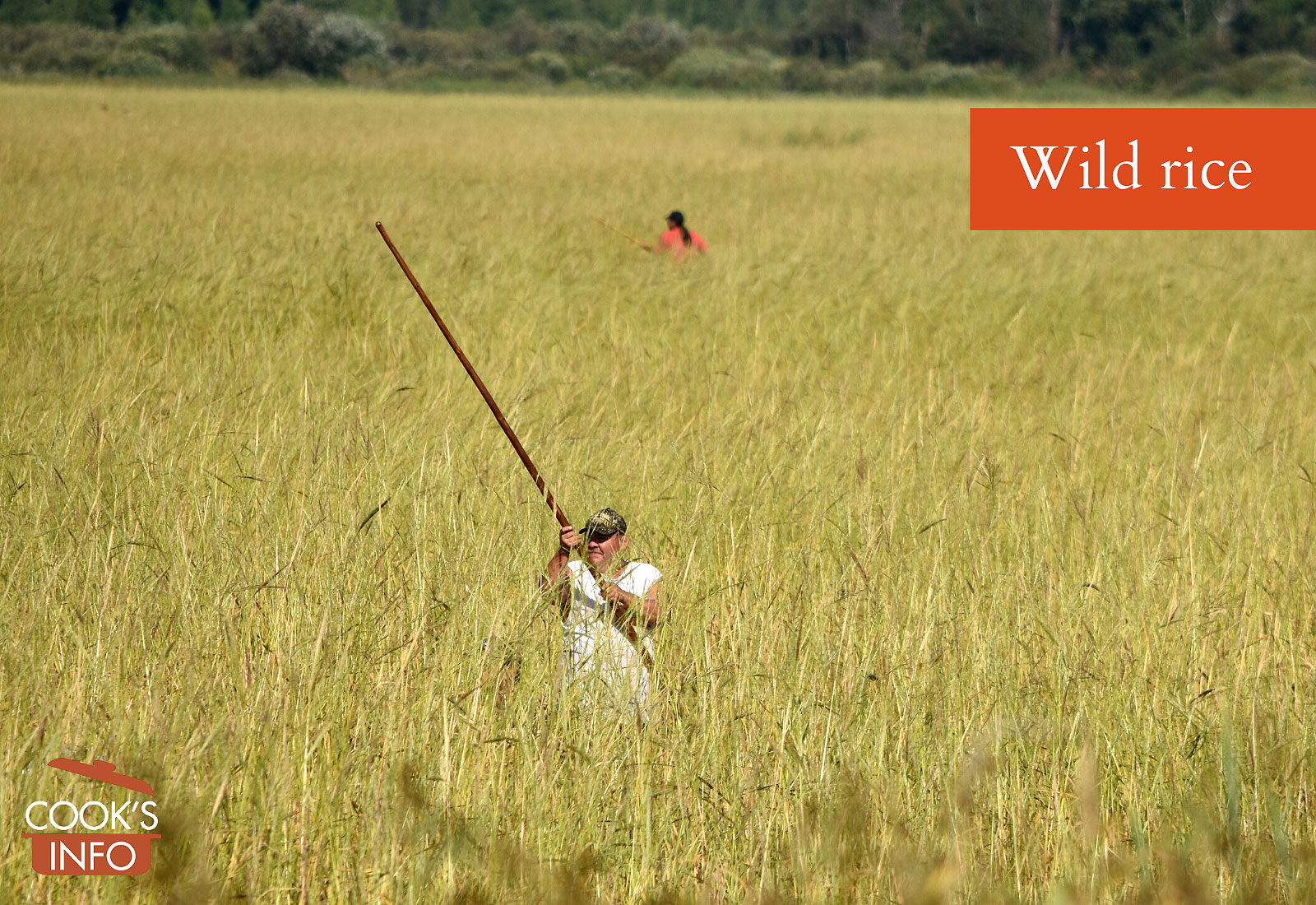 Cooked all by itself, the nutty flavour of wild rice can be a bit much of a good thing. Consequently, both to tone down the flavour a bit, and to stretch it out a bit more owing to its cost, it is generally cooked with other rice.

You cook wild rice as you would normal rice, except it will take longer. It doesn’t have much starch, and will cook up fluffy and separated.

When combining with other rice, cook each separately, then combine.

“If quail or ducks are to be served for dinner, an old Indian dish, wild rice, is very desirable. Prepare this rice as follows:

Place in a double boiler a cupful of milk or cream to each cupful of rice and add salt and pepper to taste. It requires a little longer to cook than the ordinary rice, but must not be stirred. If it becomes dry add a little milk from time to time.”

— Rufus Estes. From “Hints to Kitchen Maids” section in: Good Things To Eat, As Suggested By Rufus. Chicago: The Author. 1911. Page 8.

Kummer, Corby. Going with the Grain (Wild Rice). The Atlantic Monthly, May 2004. 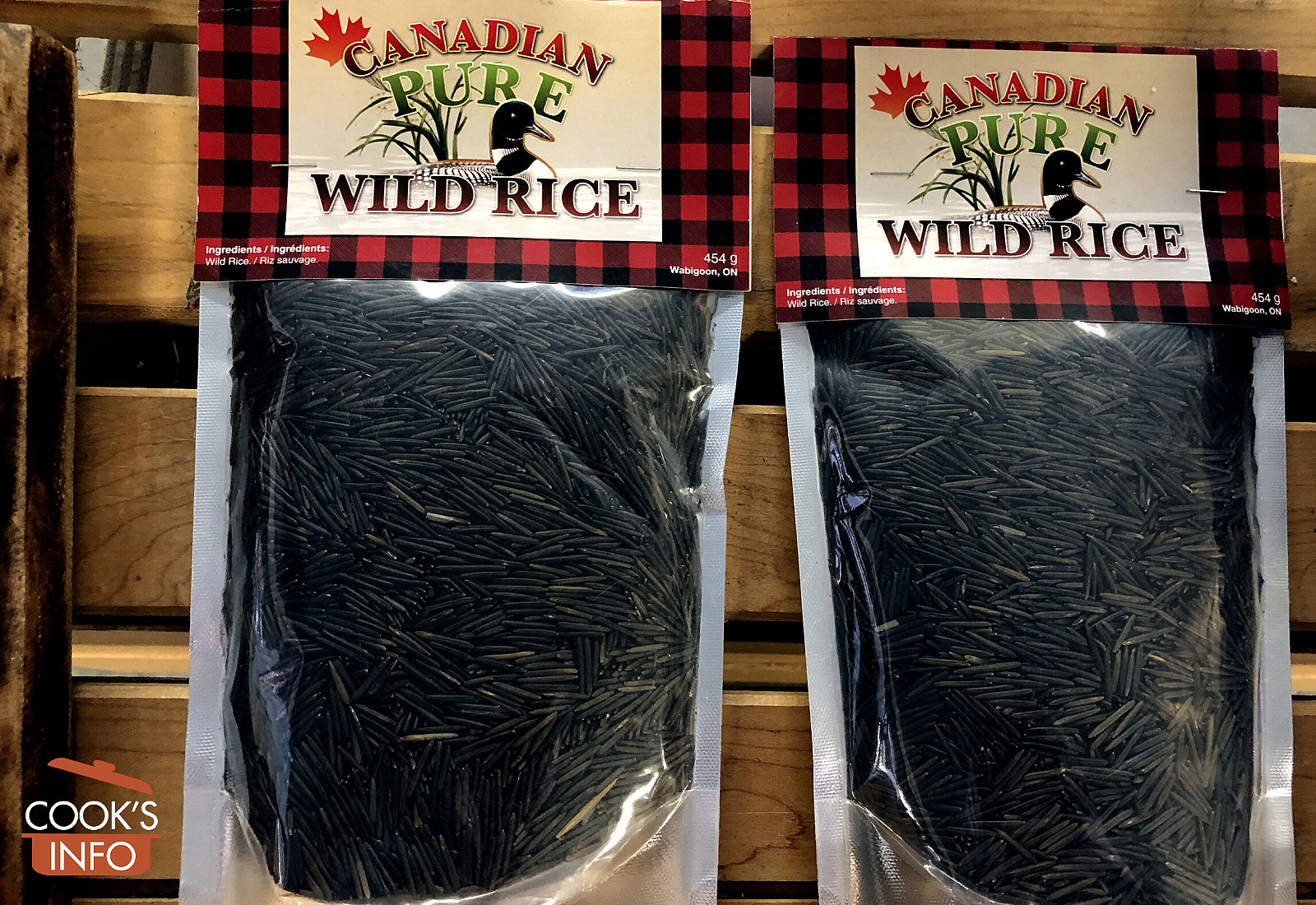 This web site generates income from affiliated links and ads at no cost to you to fund continued research · Information on this site is Copyright © 2023· Feel free to cite correctly, but copying whole pages for your website is content theft and will be DCMA'd.
Tagged With: Canadian Food, Wild foods