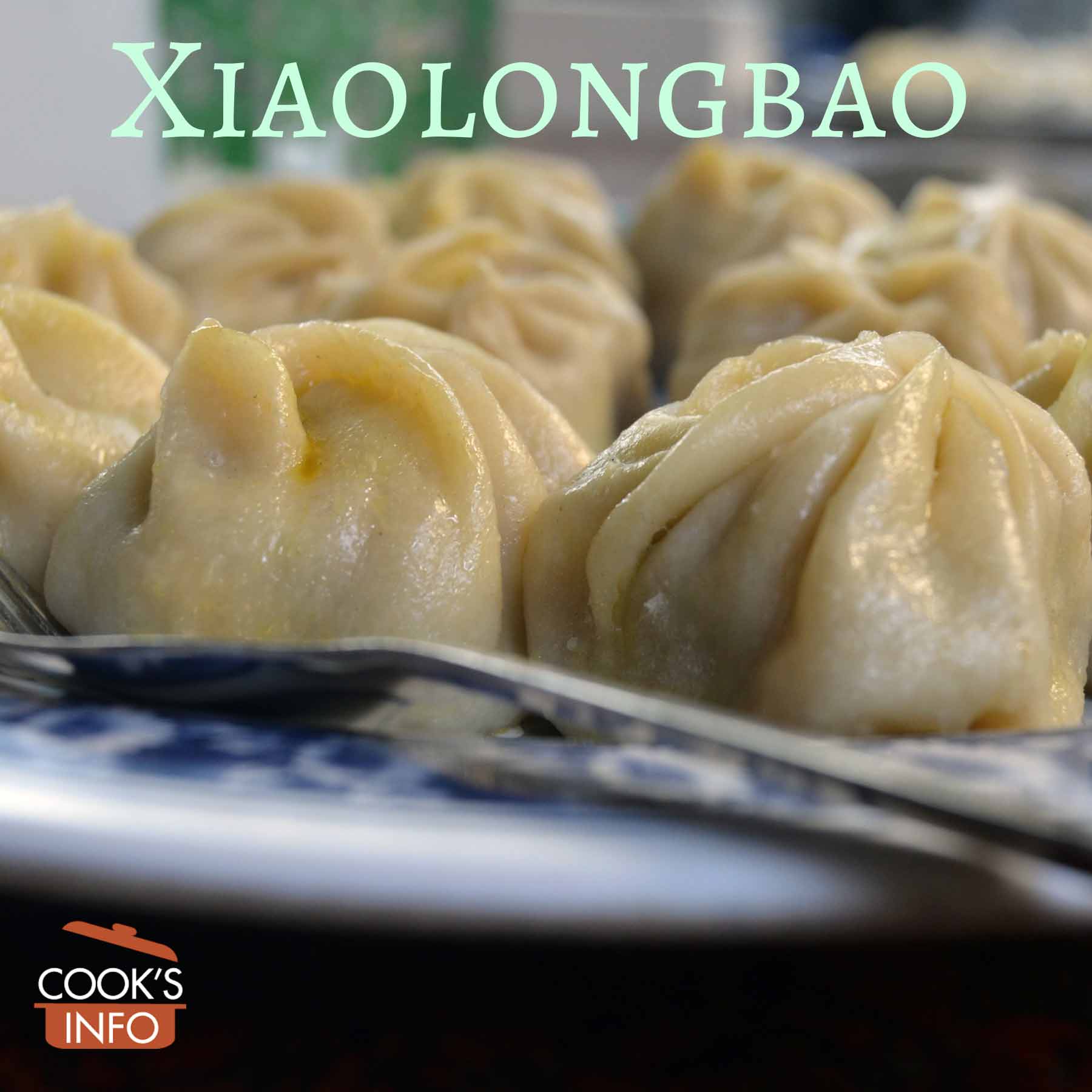 Xiaolongbao (aka “Xiao Long Bao”) are Chinese steamed dumplings. In English, they are sometimes described as “juicy steamed buns with pork.”

Unlike other Chinese steamed dumplings, which are solid inside with filling, these dumplings have both filling and broth.

The dumplings are usually bite size. Occasionally they are larger, which some people prefer, as that leaves room inside for more broth. The juice inside, variously referred to as juice, broth or soup, is actually an aspic. In China, the filling will be ground pork or ground pork mixed with crab.

The aspic is cut into cubes and mixed in with the filling. The mixture is then wrapped up in a thin dough wrapper, and the top is sealed well to keep all the juice in during cooking. The dumplings are then steamed for about 8 minutes in bamboo steamer baskets. During this time, the dough cooks, the filling is heated, and the aspic melts into juice.

At restaurants, the dumplings are brought to your table in the bamboo steamer they cooked in. You transfer them via a set of tongs either to your Chinese soup spoon or to your bowl. To eat a dumpling, you either bite the top off and suck the soup out, then eat the rest, or eat it over a bowl or your soup spoon to catch the broth as it dribbles out.

In place of aspic, you can reduce chicken broth, then thicken it with gelatin, and chill.

Xiaolong bao reputedly originated in what is now a suburb of Shanghai, called “Nanxiang”, where they were first sold by street vendors.

They became popular at Chinese restaurants in New York City in the late 1990s.

“Long” is synonymous with “dragon”, so you may sometimes see these called “little dragon buns”.

Xiaolongbao is both the singular and the plural.

Sometimes in English they are also called “soup dumplings”, though that probably conjures up in a Western mind a dumpling that goes into soup, rather than a dumpling that has soup inside it.

The buns are also occasionally referred to as “xiao long tang bao”. “Tang” is pronounced “tong”, meaning “soup”. So, “little soup buns in a basket”.

The English transliterations come from the Hanyu Pinyin romanization of Mandarin.

This web site generates income from affiliated links and ads at no cost to you to fund continued research · Information on this site is Copyright © 2022· Feel free to cite correctly, but copying whole pages for your website is content theft and will be DCMA'd.
Tagged With: Chinese Food, Dumplings, Shanghai Food