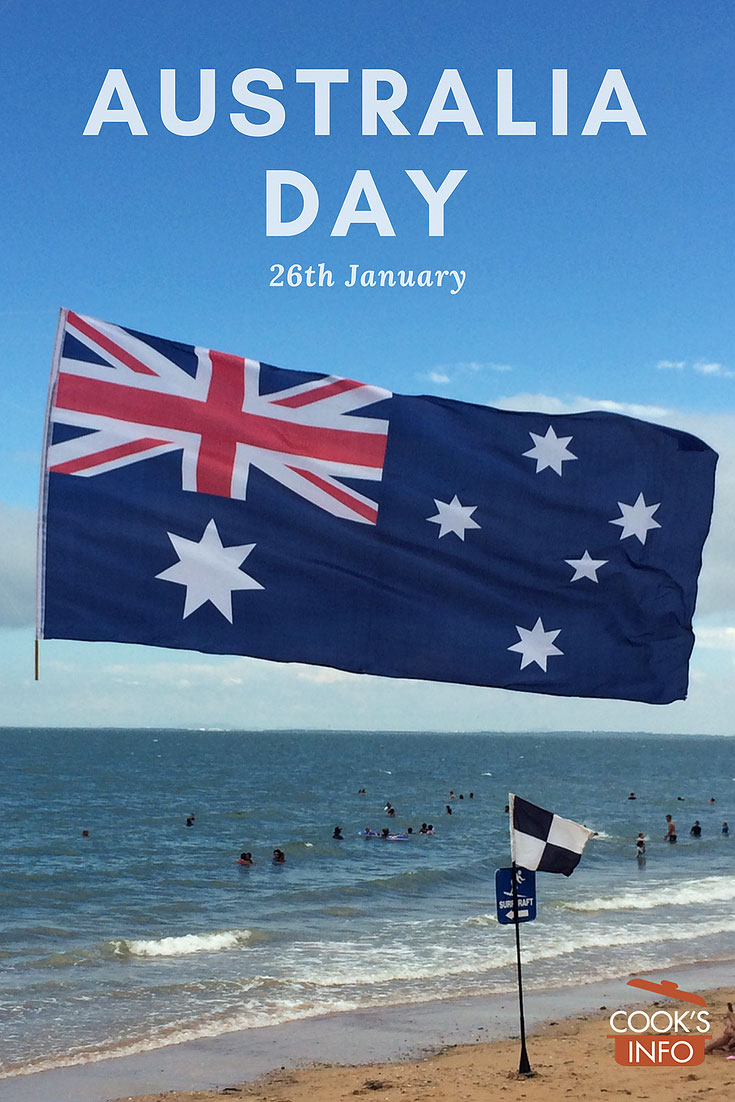 The 26th of January is Australia Day.

Australia Day, originally called “Foundation Day”, was first commemorated in 1818, marking the day in 1788 when the First Fleet arrived. A regatta has been held in Sydney every year since 1837.

New Australians in Canberra get served morning tea by the Country Women’s Association, and various organizations offer Australia Day breakfasts to everyone to kick the day off. Most of all to Australians, though, it’s a day for barbequing.

Australians away from home might include some vegemite sandwiches in their festivities today, but if they’re lucky, they’ll get a little more than that, including some shrimps on the barbie and a slice of pickled beet on their hamburgers.

If you’re more of a baker, you may wish to make some Lamingtons to mark the day.

Advance Australia Fair was proclaimed the National Anthem in 1984, in time for the Los Angeles Olympics (it had previously been God Save the Queen.) The first and third verses were proclaimed as official. Composed by Peter Dodds McCormick, a Scottish immigrant, the first known performance was on St Andrews Day (30 November) in Australia 1878.

Australians all let us rejoice
For we are young and free
We’ve golden soil and wealth for toil,
Our home is girt by sea:
Our land abounds in nature’s gifts
Of beauty rich and rare,
In history’s page let every stage
Advance Australia fair,
In joyful strains then let us sing
Advance Australia fair.

Beneath our radiant Southern Cross,
We’ll toil with hearts and hands,
To make this Commonwealth of ours
Renowned of all the lands,
For those who’ve come across the seas
We’ve boundless plains to share,
With courage let us all combine
To advance Australia fair.
In joyful strains then let us sing,
Advance Australia fair. 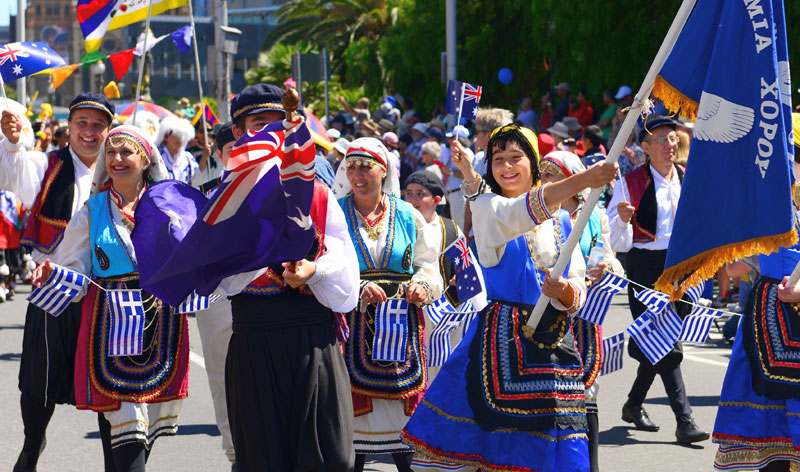 This web site generates income from affiliated links and ads at no cost to you to fund continued research · Information on this site is Copyright © 2023· Feel free to cite correctly, but copying whole pages for your website is content theft and will be DCMA'd.
Tagged With: Australian Food