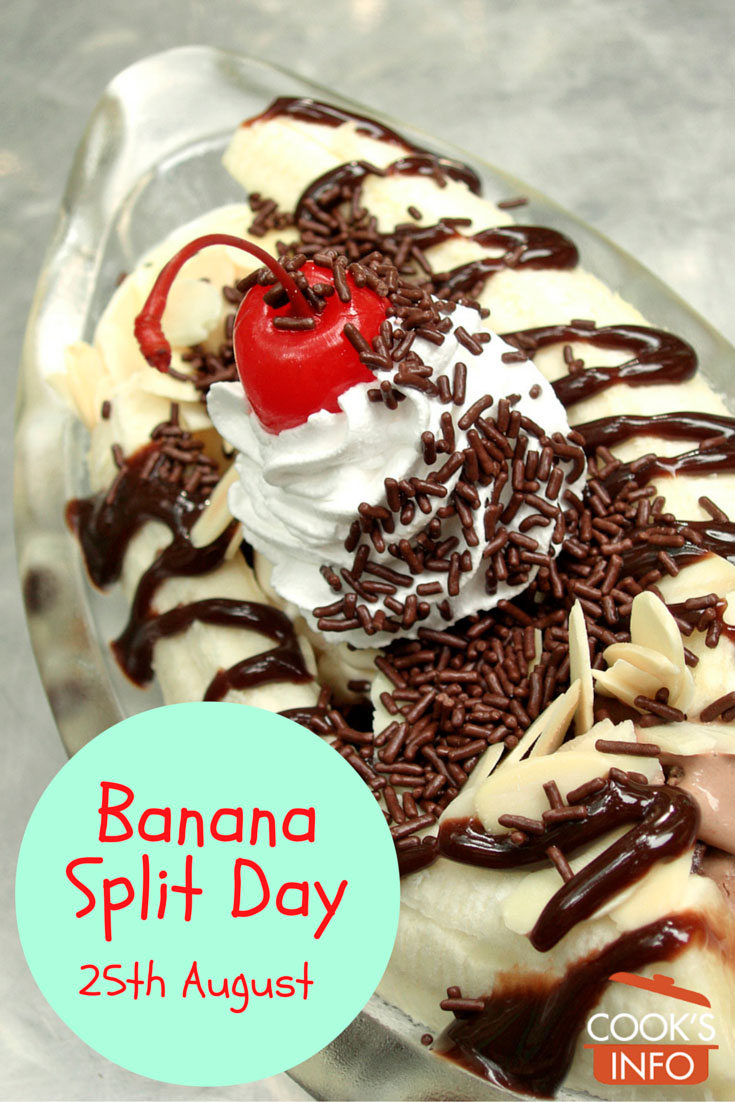 Go on, treat yourself today, because the 25th of August is Banana Split Day.

After all, how many times do you have a banana split? Even when they started out, at 10 cents each, they were still considered an expensive treat, and they still are now. But you only live once, so why not make it a point once a year on this day to treat yourself — or sweet talk someone into treating you.

One town, Wilmington, Ohio, loves banana splits so much it holds a banana split festival every June. The folks in Wilmington in fact believe that the banana split was invented there, but their claim is disputed by folks in Latrobe, Pennsylvania, and most people believe Latrobe’s claim is stronger.