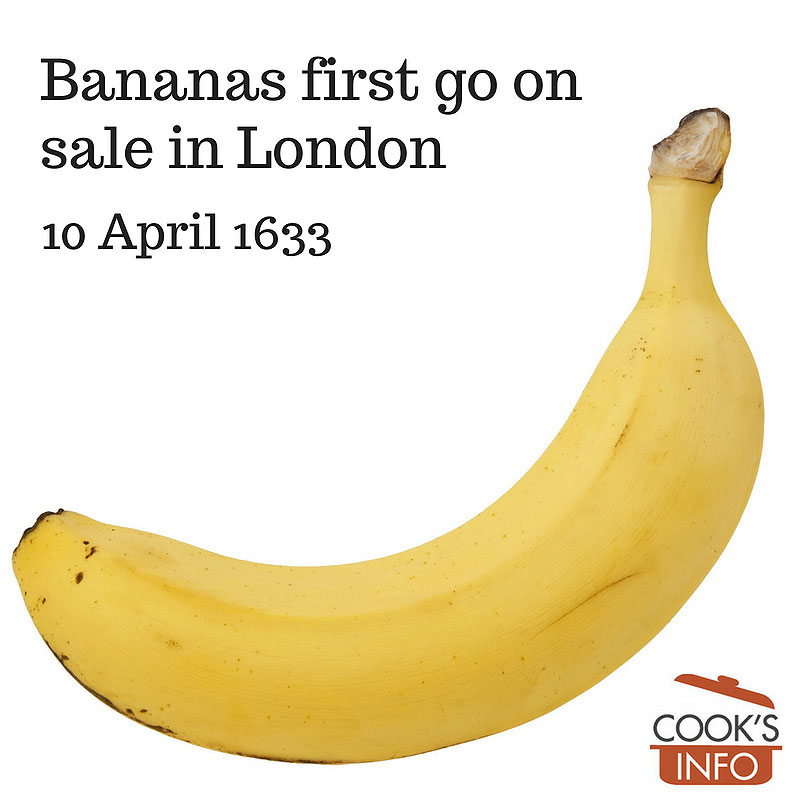 Bananas made their London Debut on 10 April 1633 in a shop window.

It was the shop window of shopkeeper Thomas Johnson, who had a herbalist shop on Snow Hill in the neighbourhood still called Holborn. He hung up the bananas, which were from Bermuda, both to ripen them and to display them. Many believe this was the first time bananas were seen in London. Thomas Johnson also was the editor for Gerard’s Herball.

Archaeologists, though, are now disputing that this was indeed the first time.

In June 1999, archaeologists working on the south bank of the Thames near Southwark excavating a soggy rubbish heap dating back to Tudor times found a banana skin, black and shrivelled, that dated back to about 1560. The area had been used for fish tanks lined with lumber that had been used for raising fish. They were abandoned, likely as the waters of the Thames grew too unwholesome to raise fish in. The tanks filled up with soil, rubbish and sewage, and were eventually built over, but the soil underneath remained waterlogged, helping to preserve everything in the pit.

Despite both these early starts, bananas weren’t regularly available until the 1800s, when they came from Madeira, and even then they were still a great novelty and luxury.