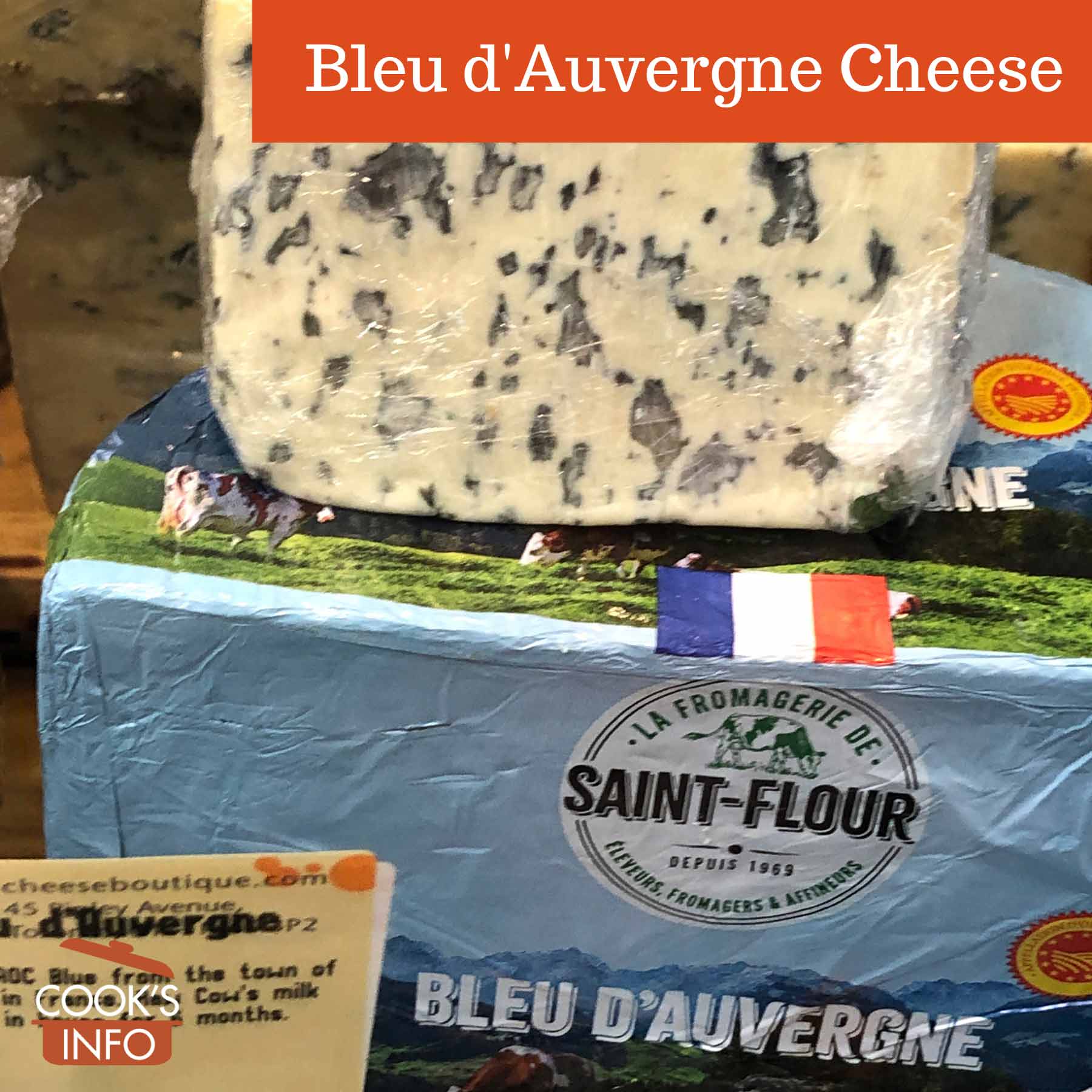 Bleu d’Auvergne is a blue cheese made in the Auvergne region in central France.

It is a cream-coloured cheese with streaks of blue in it. It is spicy but not sharp tasting, and milder than Roquefort blue cheese. The crust gets sticky as it ages. There may also be white mould on the crust.

The formed cheeses are pierced by machines to allow air to get in to allow the blue mould to grow.

By law, Bleu d’Auvergne can only be made in the départements of Puy-de-Dôme (mostly made in the south) and Cantal (mostly in the north), and in the adjoining cantons of Aveyron, la Corrèze, la Haute-Loire, le Lot, and la Lozère. The quality of the cheese is controlled by the Syndicat Interprofessionnel Régional du Bleu d’Auvergne (SIRBA), formed 10 April 1972.

The origin of Bleu d’Auvergne cheese is credited to an Antoine Roussel of Laqueuille (Puy-de-Dôme), a farmer’s son, in 1854.

Farmers in the area were ripening cheeses in caves, but with an uneven approach giving uneven results, some not even incurring any mould. Roussel tried to think how he could encourage mould, as he felt it gave the best-tasting cheeses. He came up with the idea of sprinkling mould from rye bread on the cheese curd, and of poking holes in the cheese where the mould might penetrate.

The cheese was well known in Paris by 1879 (mentioned by Francisque Bethol, a cabaret singer.)

Its nature and making process were defined by French decree in 1937.

This web site generates income from affiliated links and ads at no cost to you to fund continued research · Information on this site is Copyright © 2022· Feel free to cite correctly, but copying whole pages for your website is content theft and will be DCMA'd.
Tagged With: Appellation of Controlled Origin, Auvergne Cheeses