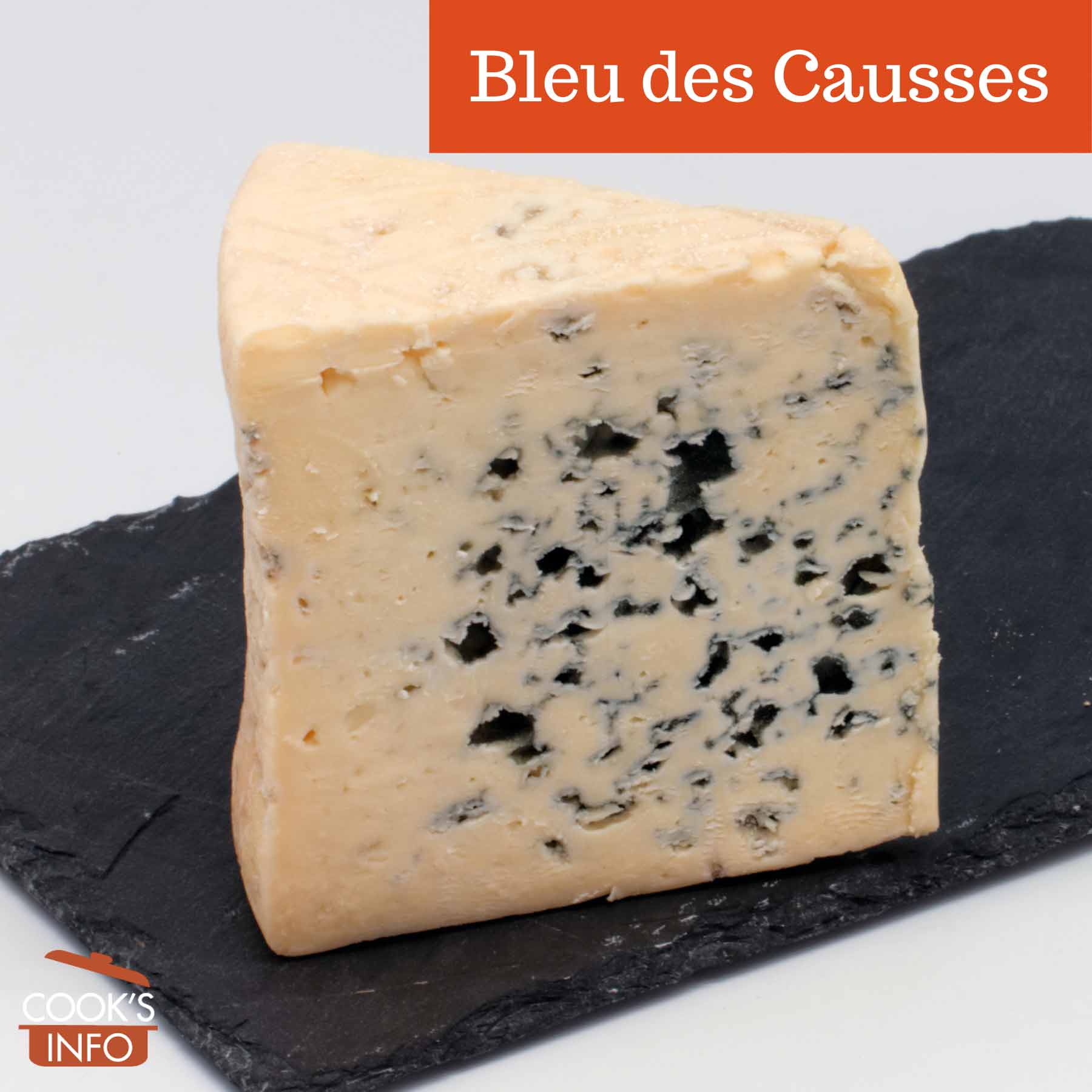 The cheese ends up with a 45% minimum fat content. It is creamy but crumbly, with blue mould veins, with a crust on the outside.

Bleu des Causses cheeses made in the winter are white inside, with a stronger taste that comes from being aged longer. The cheeses that are made in summer have an ivory colour, and are moister. Winter cheeses are made with raw milk. Milk for summer cheeses is now heated to 68 C (155 F) to reduce the risks of listeria developing in the cheese.

The cheese can be legally made where it can be aged in the Gorges du Tarn’s natural limestone caves in the centre of southern France. This works out to be several parts of the departments of Averyon, Lot, Lozère and Gard.

In Peyrelade, a village in the middle of the Gorges du Tarn near to where Roquefort is made, there are caves aerated by natural chimneys called “fleurines” in which the cheeses are aged. The cheeses are put on oak shelves in the caves and aged 3 to 6 months.

Bleu des Causses is milder and less expensive than its neighbour and cousin, Roquefort, which is made from sheep’s milk.

Up until 1925, the cheesemakers aimed to imitate the Roquefort name, even though their cheese was made with cow’s milk (Roquefort is made with pure sheep’s milk) or a mixture of cow’s and sheep’s milk.

In 1925, however, the makers of Roquefort with pure sheep’s milk received exclusive rights to that name, so in 1926 other local cheese makers using cow’s milk decided to call theirs “Bleu d’Aveyron”. In 1953 Bleu d’Aveyron got its legally defined classification, and changed its name to Bleu des Causses.

This web site generates income from affiliated links and ads at no cost to you to fund continued research · Information on this site is Copyright © 2022· Feel free to cite correctly, but copying whole pages for your website is content theft and will be DCMA'd.
Tagged With: Blue Cheese, French Cheeses