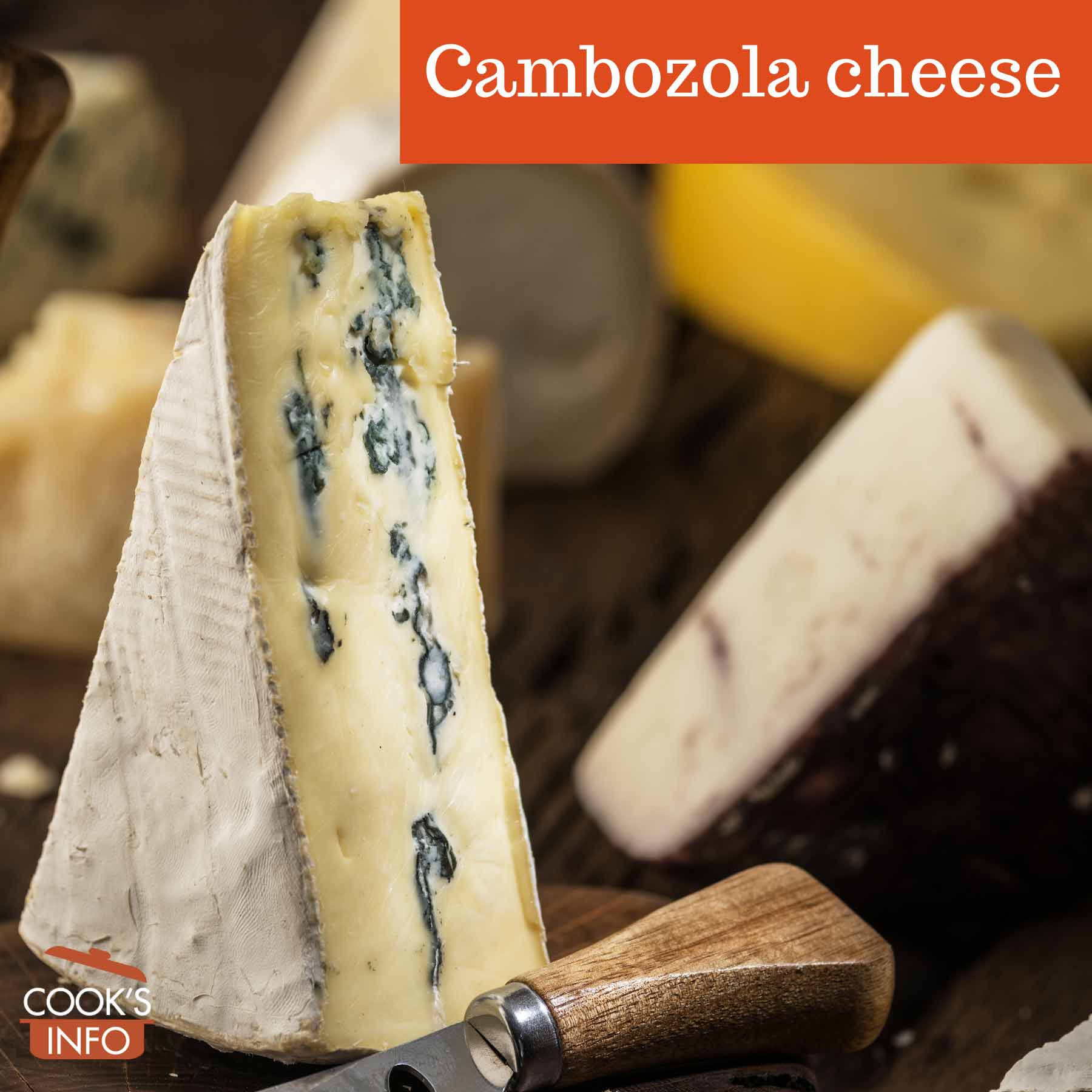 Cambozola Cheese is a modern, cow’s milk cheese made commercially.

It is meant to be a cross between Gorgonzola blue cheese and Camembert.

It is a triple-cream, full-fat cheese that like Camembert is soft and creamy with a powdery rind. During the making, however, it is injected with the same mould as is used in Gorgonzola, which gives Cambozola streaks of blue mould.

It is much milder than Gorgonzola, however, as it doesn’t develop as much of the mould. 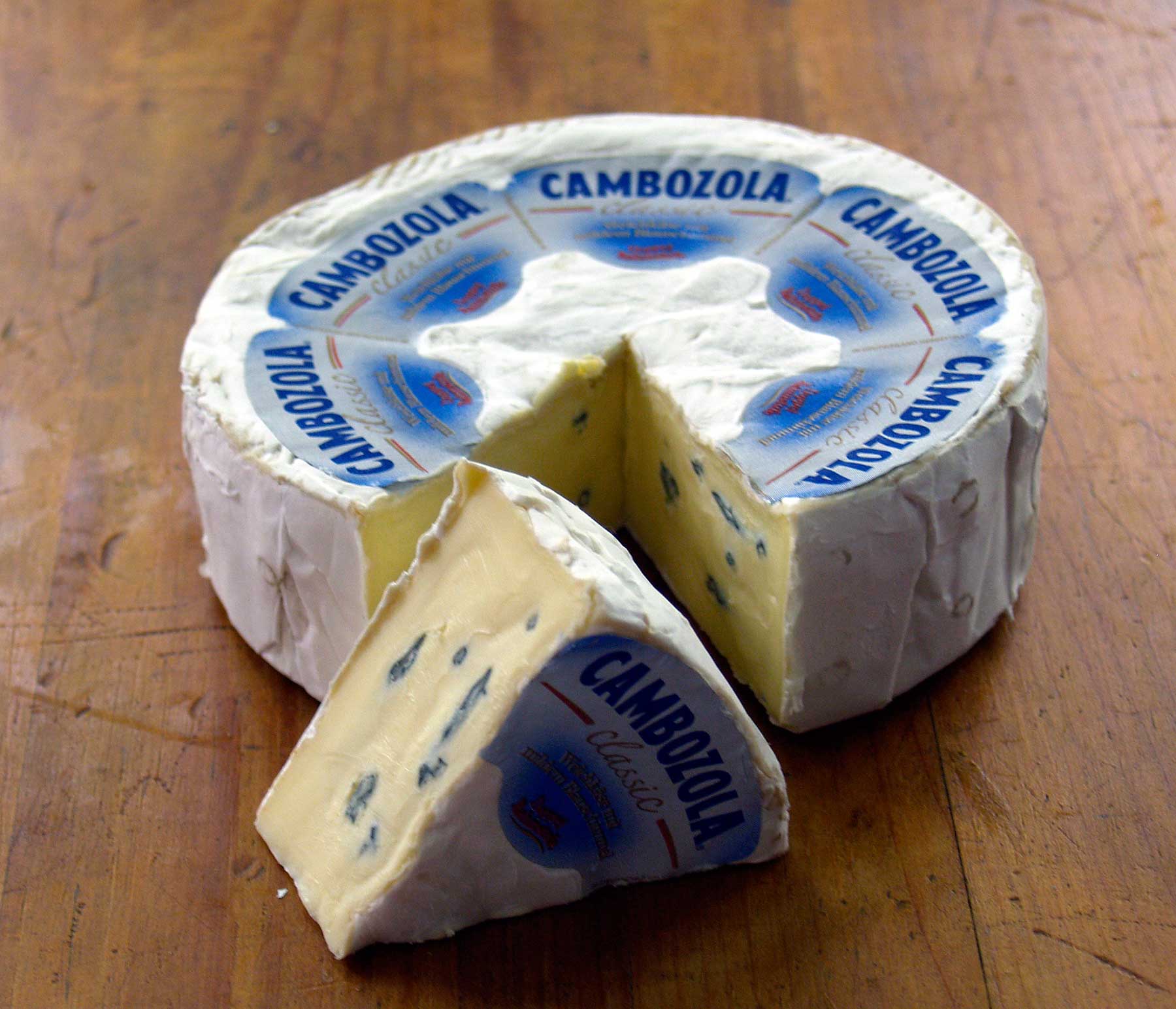 Cambozola was invented in the early 1970s by the Kasseri Champignon company in Bavaria (Southern Germany.)

The name “Cambozola” was trademarked in Germany in 1975. In 1999, the “Consorzio per la Tutela del Formaggio Gorgonzola” (Consortium for the protection of Gorgonzola cheese) tried and failed to prevent Cambozola from being called Cambozola. 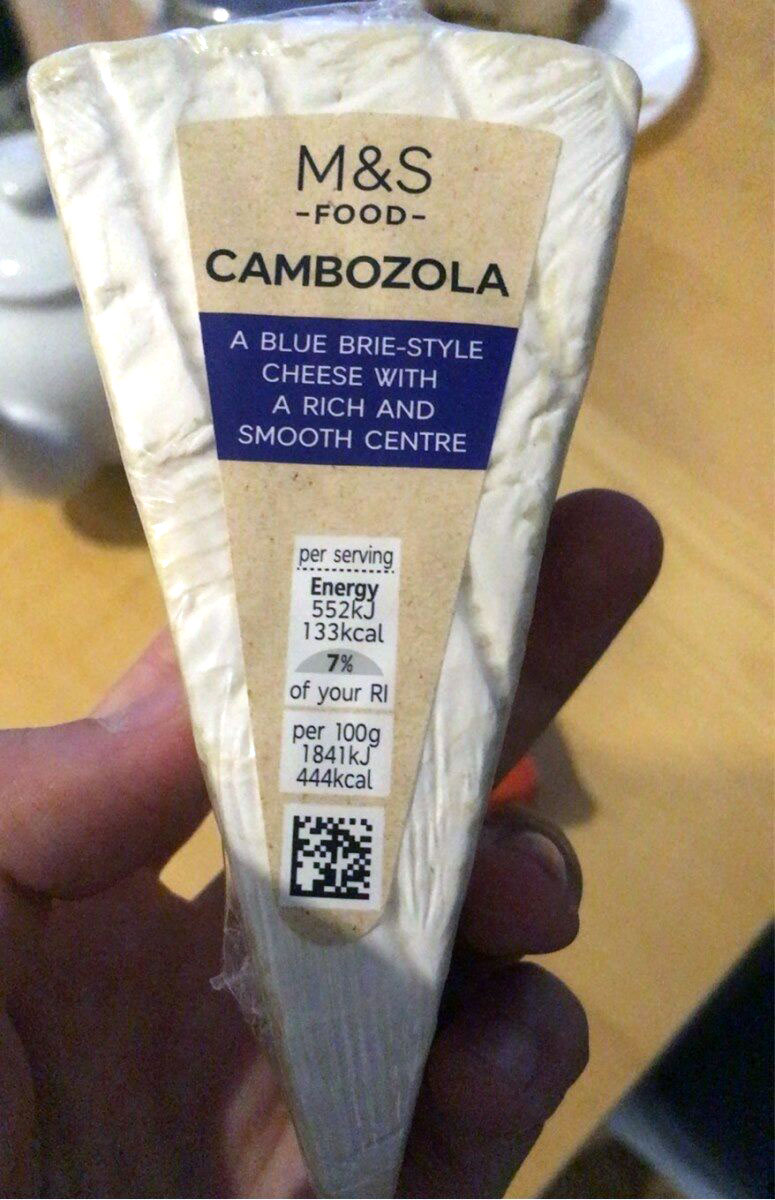 This web site generates income from affiliated links and ads at no cost to you to fund continued research · Information on this site is Copyright © 2022· Feel free to cite correctly, but copying whole pages for your website is content theft and will be DCMA'd.
Tagged With: German Cheeses, German Food