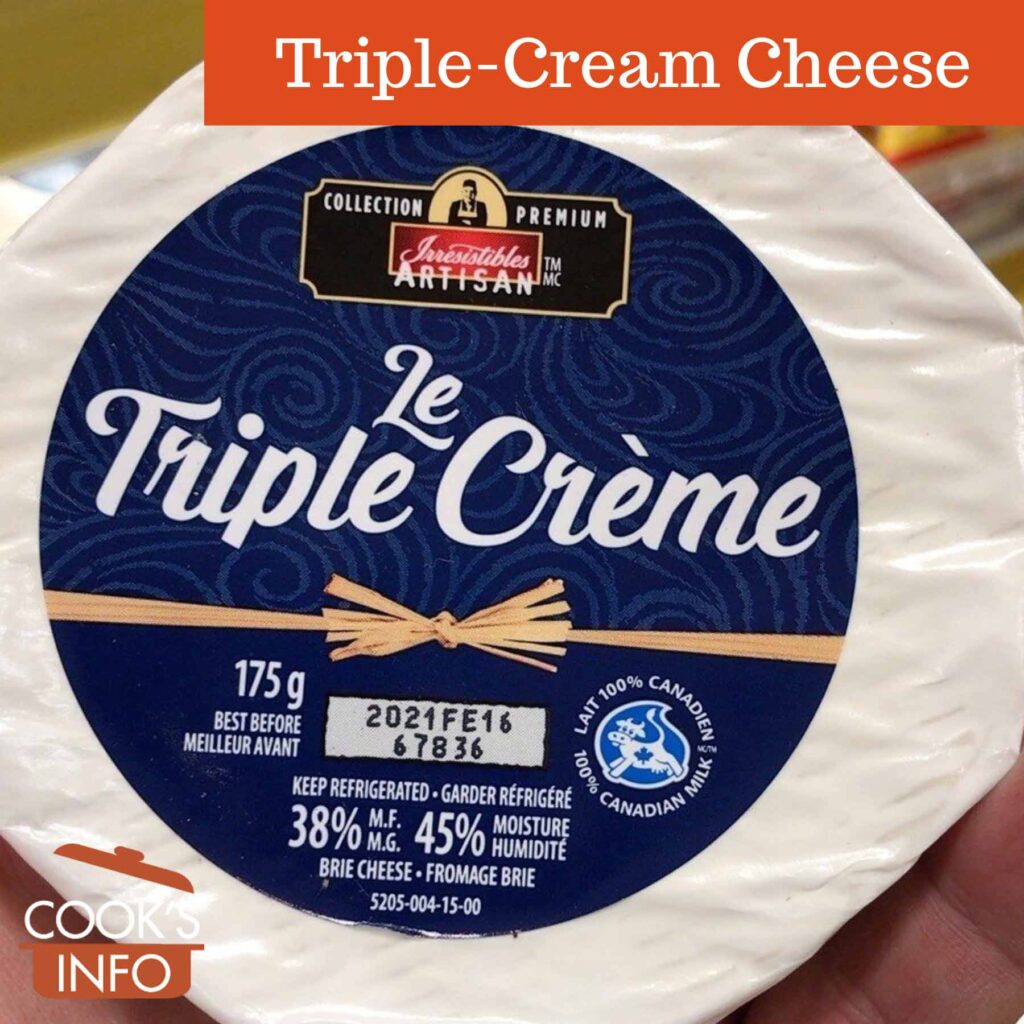 A “Triple-Cream Cheese” is a cheese that ends up with around 33% butterfat content (aka milk fat), or higher. The cheese may be a fresh cheese, such as mascarpone, or a ripened one, such as a Brie.

The term describes the percentage of a cheese that would be butterfat (aka milk fat) if moisture were removed from a cheese. It means the cheese is 70% fat or more “in dry matter” (aka Fat in Dry Matter, FDM.)

If a cheese were completely dried out of all water, liquid, etc., that which would be left is called “dry matter”: this is components such as butterfat, lactose, minerals, protein, etc.

Assuming that most cheeses are about 50% moisture, that would mean that 50% of the cheese was then dry matter. If 70% of that dry matter half was fat, then of the 100% of the cheese (with moisture restored), there would be about 35% or more overall fat content as a percentage of the whole normal cheese. So, just to be absolutely clear, if the fat content is 70% of the half, then it’s only 35% of the whole.

At the start of the cheese-making process, though, the milk used would only need to be about 5.3% overall fat content (or have cream added to it to bring it to around there) — the percentage of fat would increase throughout the production of the cheese as the curd is formed causing liquid whey (which is largely fat-free) to drain off, as the cheese is pressed and salted if it is, and as it ages and loses moisture increasing the dry matter percentage, etc.

To confirm, the term “Triple-Cream Cheese” does not refer to the type of cheese called “cream cheese.”

The term “triple crème” is legally defined in French legislation:

(“Triple cream: when the cheese or cheese specialty contains at least 75 grams of fat per 100 grams of product after complete drying.”)

The first triple-crème cheese was made in the mid 1920s in Normandy, France by the Dubuc family. The cheese was called “Le Magnum”.

“Triple crème” is the French term.

This web site generates income from affiliated links and ads at no cost to you to fund continued research · Information on this site is Copyright © 2022· Feel free to cite correctly, but copying whole pages for your website is content theft and will be DCMA'd.
Tagged With: Fat Content of Cheeses, Triple-Cream Cheese