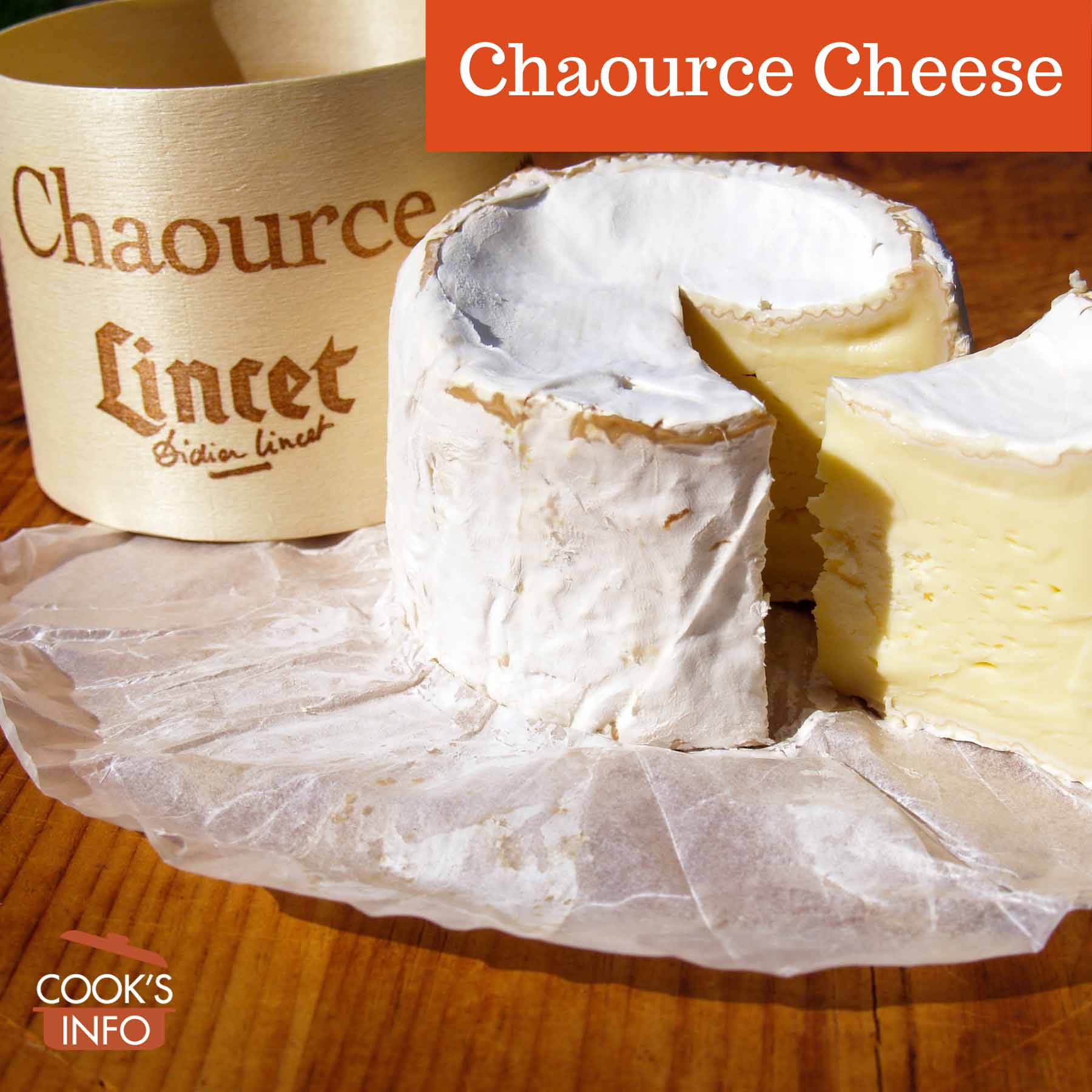 Chaource is a tall, round brie-like cheese made in the Champagne and northern Burgundy regions of France, and particularly in its namesake town of Chaource, Champagne.

The outside rind, which is edible, has a powdery white bloom on it.

Inside, the cheese is a light butter colour. It has a mild taste with an acidic edge to it, and a slight mushroomy aroma.

It is sold wrapped in greaseproof paper, and then packed in a round wood box.

This is a double crème cheese; the fat content is a minimum of 50%.

Chaource cheese is mostly factory made these days, from cow’s milk. For the French market, raw milk is used. Pasteurized milk is used for the cheeses made for export to North America.

The cheese is aged two to four weeks before being sent to market. As weeks go by, the crust gets orangish patches on it. The cheese under the rind becomes more liquid, and develops a saltier taste as it ages. The cheese is best eaten by 8 weeks of age.

Chaource cheese has French AOC certification since 1970. Regulations governing its production were finalized in 1977. Included in the rules is that the coagulation period for curdling the milk must be at least 12 hours, and that either raw or pasteurized milk may be used. 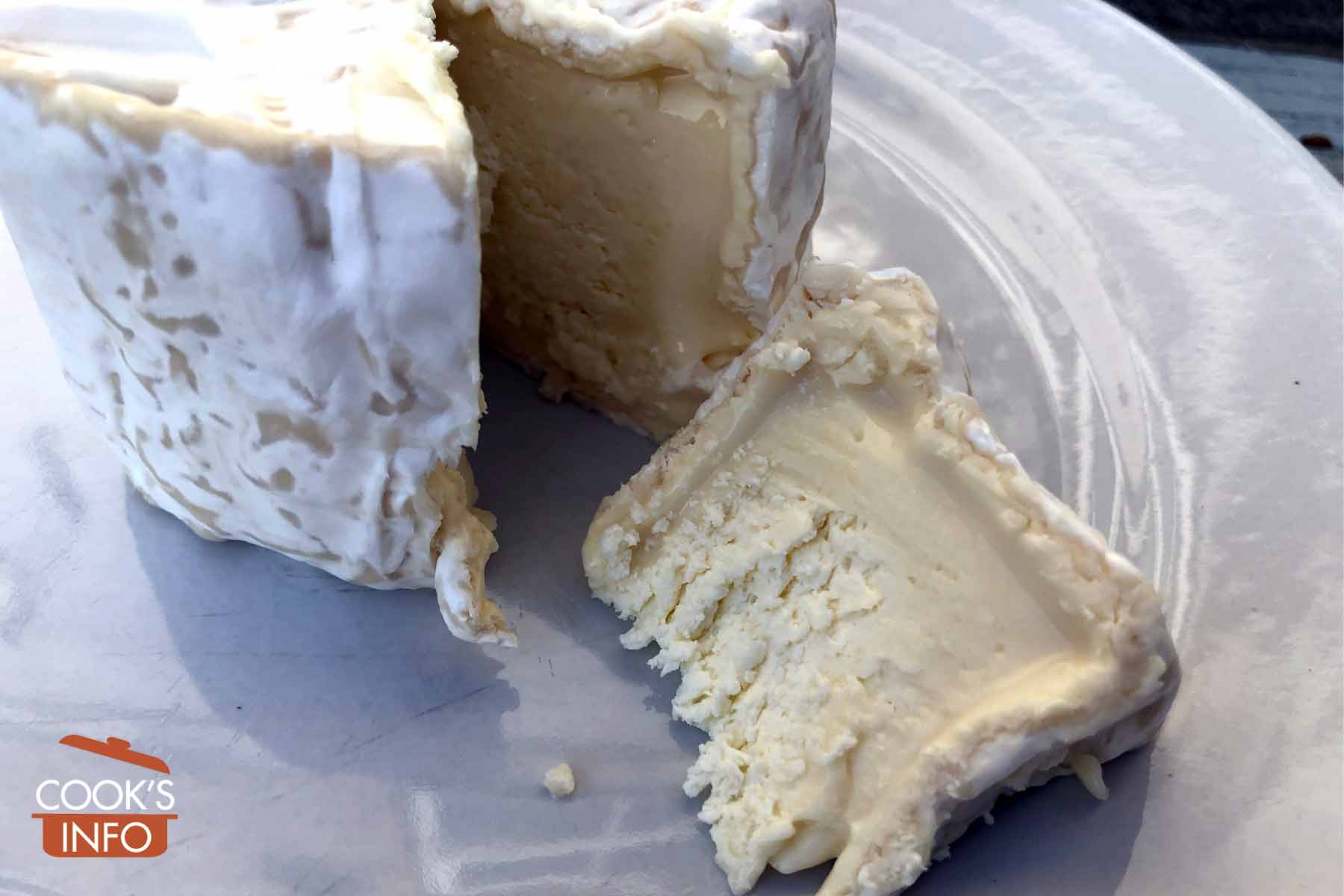 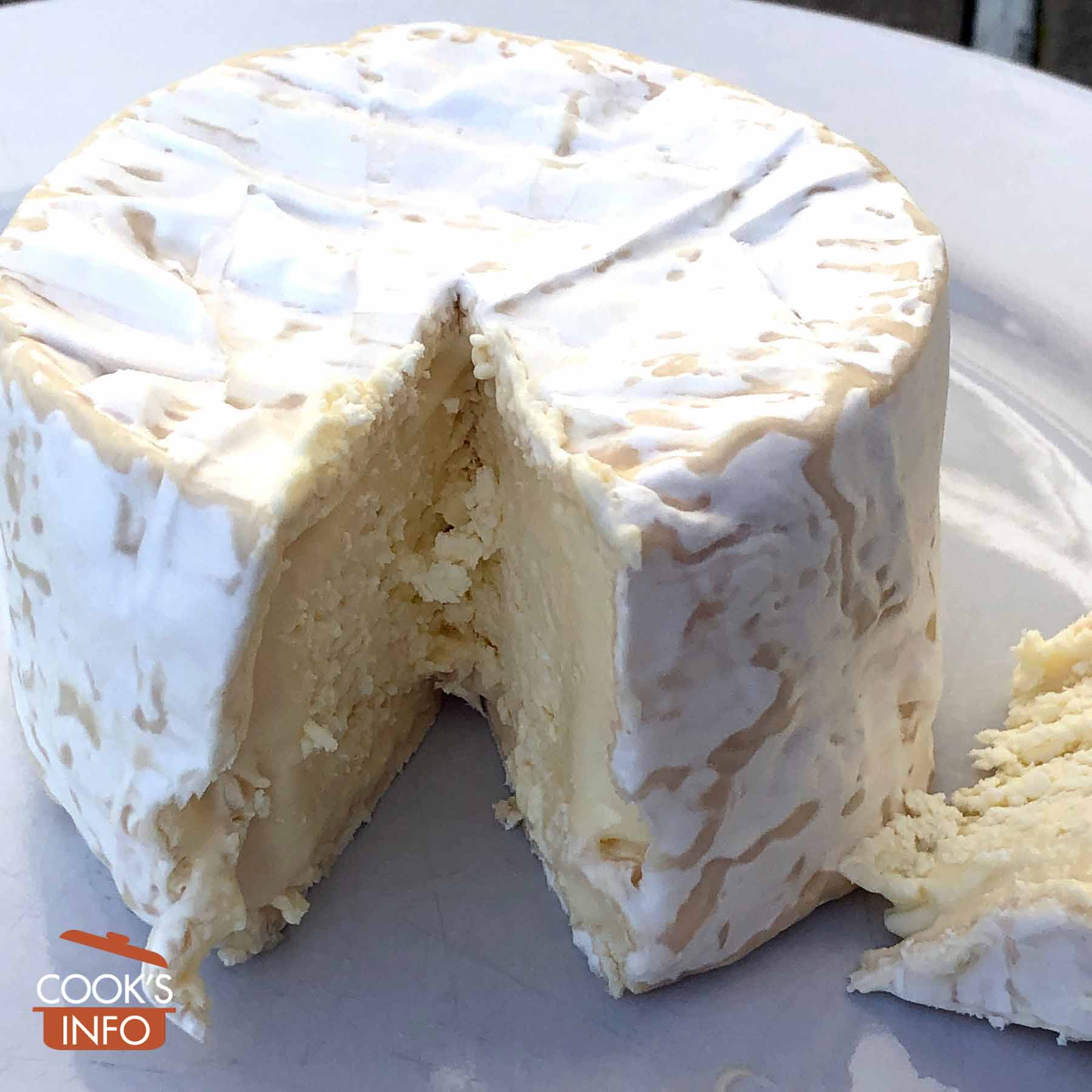