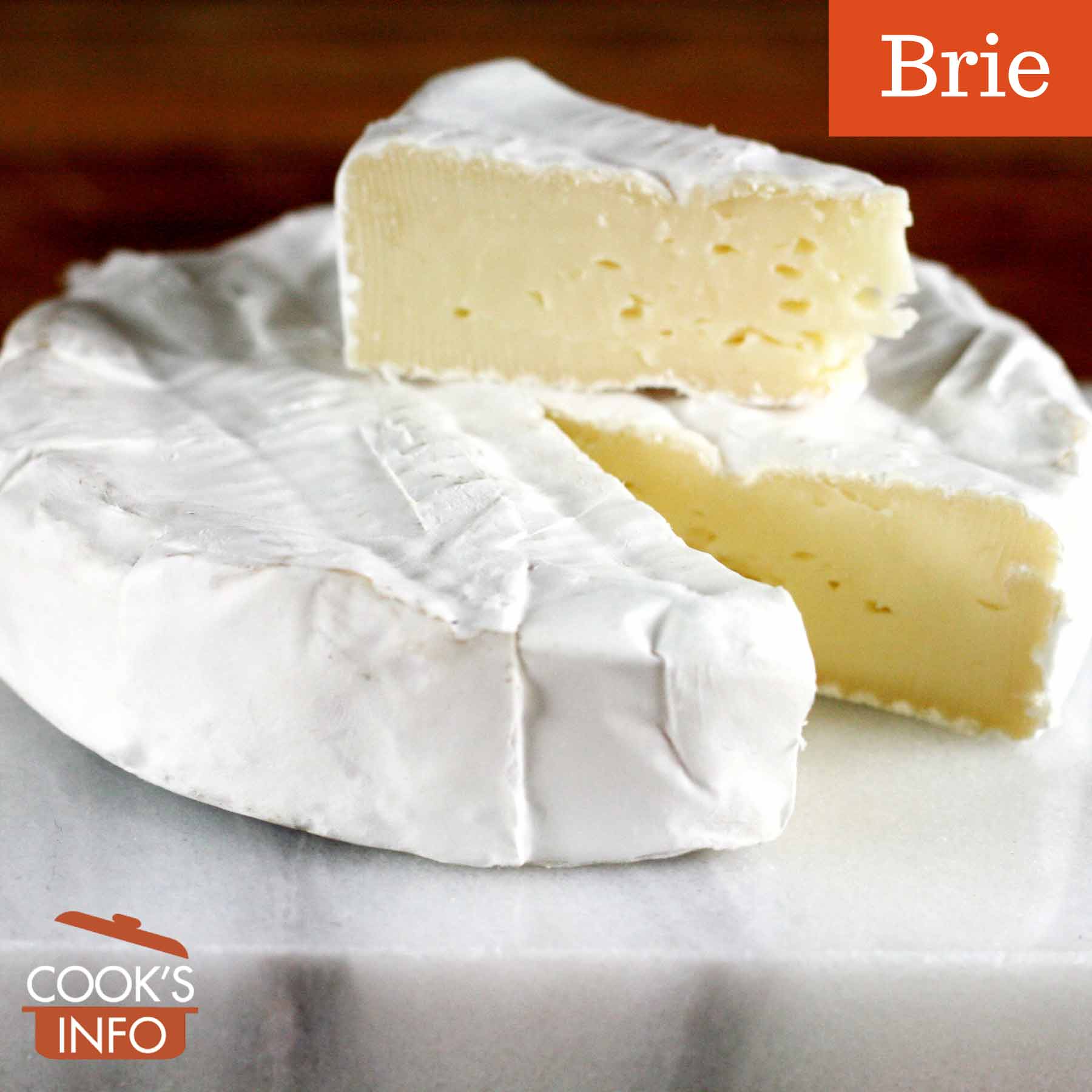 Brie is a creamy French cheese popular for its smooth yet tangy, slightly acid taste and its woodsy smell. The cheese ripens quickly, and must be eaten before the flavour and aroma become offensive. The cheese is pale yellow inside with a crust like a soft white velvet.

You’ll have noticed that Brie (as well as Camembert) has looser packaging than many other cheeses. It can’t be sealed in air-tight packaging as that would shorten its shelf life.  Around 80% of the Brie sold in the world is wrapped by machinery from the German company “Alpma”. [1]The Cheese Industry – Alpma builds the machinery. DeutscheWelle. 2 June 2015. Accessed April 2022 at https://www.dw.com/en/the-cheese-industry-alpma-builds-the-machinery/av-18493092

Brie has been deemed a “generic” name by the European PDO food registration system, meaning that it can be made anywhere, by anyone.

There are several different styles of Brie cheese.

Brie is ripened from the outside in, by applying a coating of the white surface bacteria that ripens it. As the ripening moves inward, the cheese is transformed from a solid into a creamy semi-liquid. The cheese is formed into thin wheels because if the wheels were too thick, the outside might liquify entirely while the inside remained unripened.

Because it continues to ripen after the inside reaches the creamy semi-liquid stage, it generally has to be used up within about 40 days. If Brie is too ripe, it will have an ammonia smell to it.

This web site generates income from affiliated links and ads at no cost to you to fund continued research · Information on this site is Copyright © 2022· Feel free to cite correctly, but copying whole pages for your website is content theft and will be DCMA'd.
Tagged With: French Cheeses, Surface-Ripened Cheeses