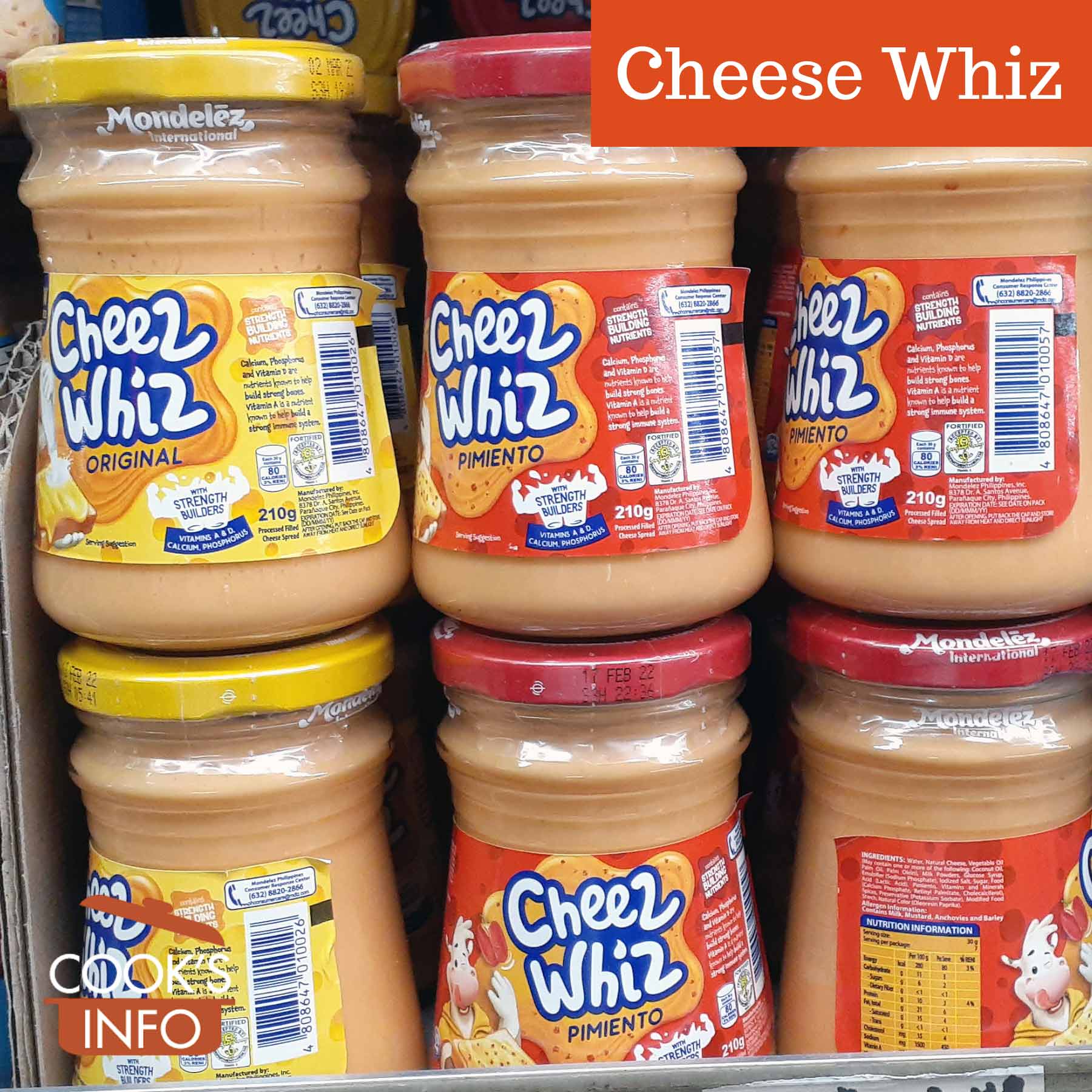 Cheez Whiz® is a processed cheese spread used commonly for crackers and sandwiches, and melted for use as a dip or sauce.

It is sold in the United States, Canada and other countries. Its bright orange colouring is aided by the addition of annatto.

It is now the standard cheese used on a Philadelphia Cheese Steak sandwich.

Cheez Whiz was invented in 1951 by Kraft lab technicians charged with creating a processed cheese product that would melt easily, without breaking down into oils. It was launched in 1952 in America and in Canada, and sold in jars with metal lids.

Kraft advertised that there were over 1,000 uses for Cheez Whiz (at one point, an exact number of 1,304 was bandied about.)

Cheez Whiz was sold in the UK only for a short while in the 1960s. Kraft does still sell a cheese spread in the UK, though, under the name of Kraft Dairylea Cheese Spread. It is sold in tubs, in the chiller section, and must be kept refrigerated.

A classic snack at one time was Cheez Whiz on celery sticks.