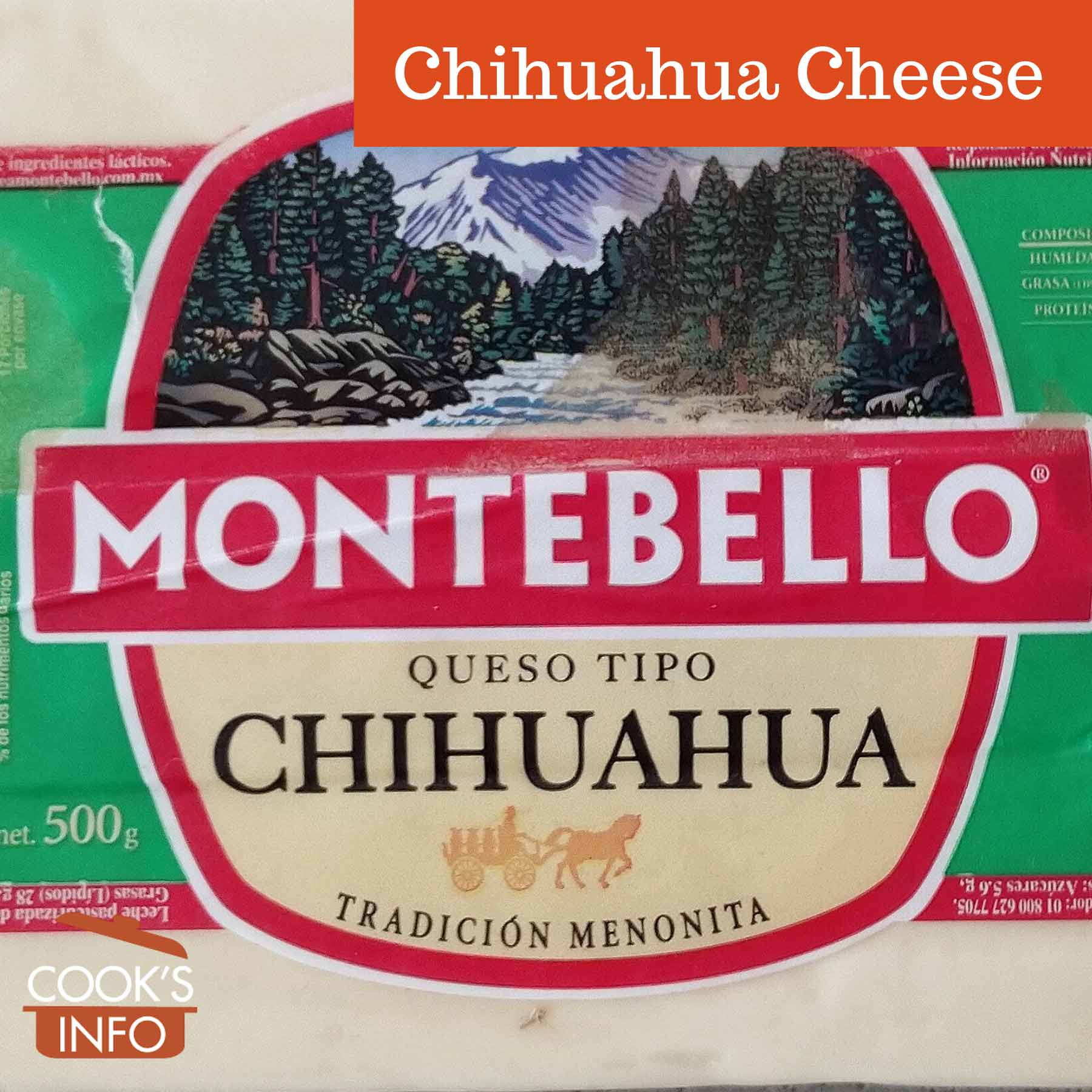 Chihuahua cheese is a Mexican pale yellow, semi-soft cheese with a flavour like that of Cheshire cheese, or of a mild white cheddar.

Whole cow’s milk milk is heated to 65 C (149 F) for half an hour. The temperature is then lowered to 35 C (95 F) and a bacteria is added, along with annatto for colouring. Rennet is added to curdle the milk, which takes about 40 minutes. The resulting curd is then cut, salted, put into moulds and pressed. The cheese is then packaged in plastic and ripened for a month. It will have a shelf life of about a month after that.

The cheese ends up with a soft rind.

Though first made by Mennonites in Mexico, Chihuahua cheese is now made all over Mexico.

This is a good grating cheese, and good for sprinkling on top of dishes. Melts well.

In 1922, 20,000 Mennonites left Manitoba, Canada to escape laws at the time requiring schooling in English (the laws were actually aimed at French Canadians, but the Mennonites, who had always run their schools in German, were caught in the middle.)

The refugees from Canada settled in the barren regions of Chihuahua in Northern Mexico. The Mexican government agreed to sell them land at bargain prices and exempt them from tax for 100 years if they would make the lands fertile and produce most of the cheese needed for Northern Mexico.

It was these Mennonites who created Chihuahua cheese.

This web site generates income from affiliated links and ads at no cost to you to fund continued research · Information on this site is Copyright © 2022· Feel free to cite correctly, but copying whole pages for your website is content theft and will be DCMA'd.
Tagged With: Mexican Cheeses, Mexican Food