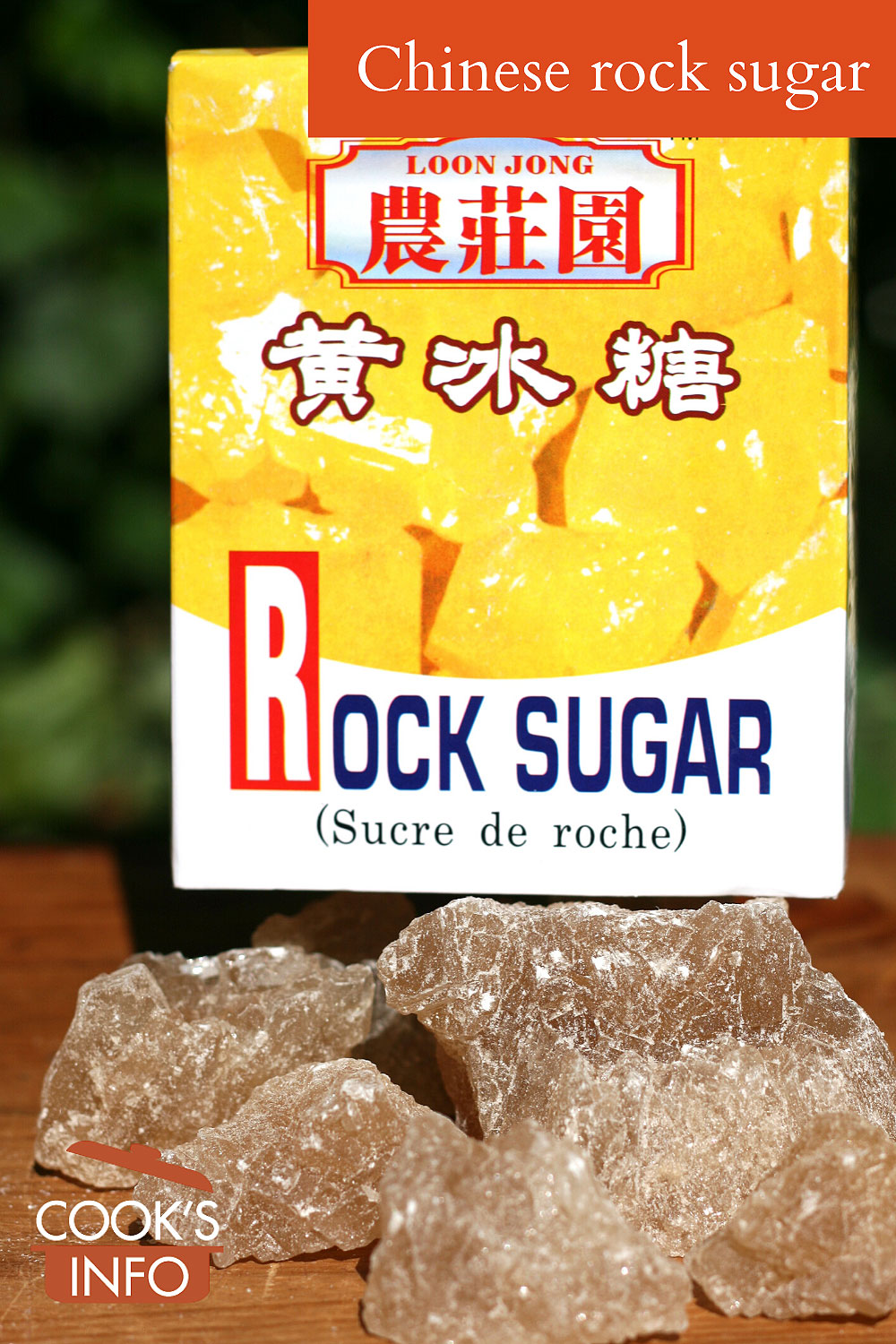 It comes in opaque, gold-coloured, irregularly-shaped lumps of varying sizes that you have to whack before using.

To make it, sugar cane is cooked until it just starts to colour.

Kwangtung Province in China is known for its production of rock sugar.

It is sold to consumers in bags or boxes.

The taste of rock sugar

It has a clear taste, with no caramel tones as you might think otherwise from the colour. It is not as sweet as regular white granulated sugar.

Because it’s less sweet, it doesn’t overwhelm the flavour of tea or sauces as much as white sugar can.

Chinese rock sugar is used marinades, sauces, soups, tea, and in poultry dishes in northern China. It can also be used to decorate cakes.

You can grind it down in a mortar and pestle to make a finer sugar.

It dissolves in water, though it will take a while.

For each sugar crystal called for, swap in 1 tablespoon white granulated sugar. 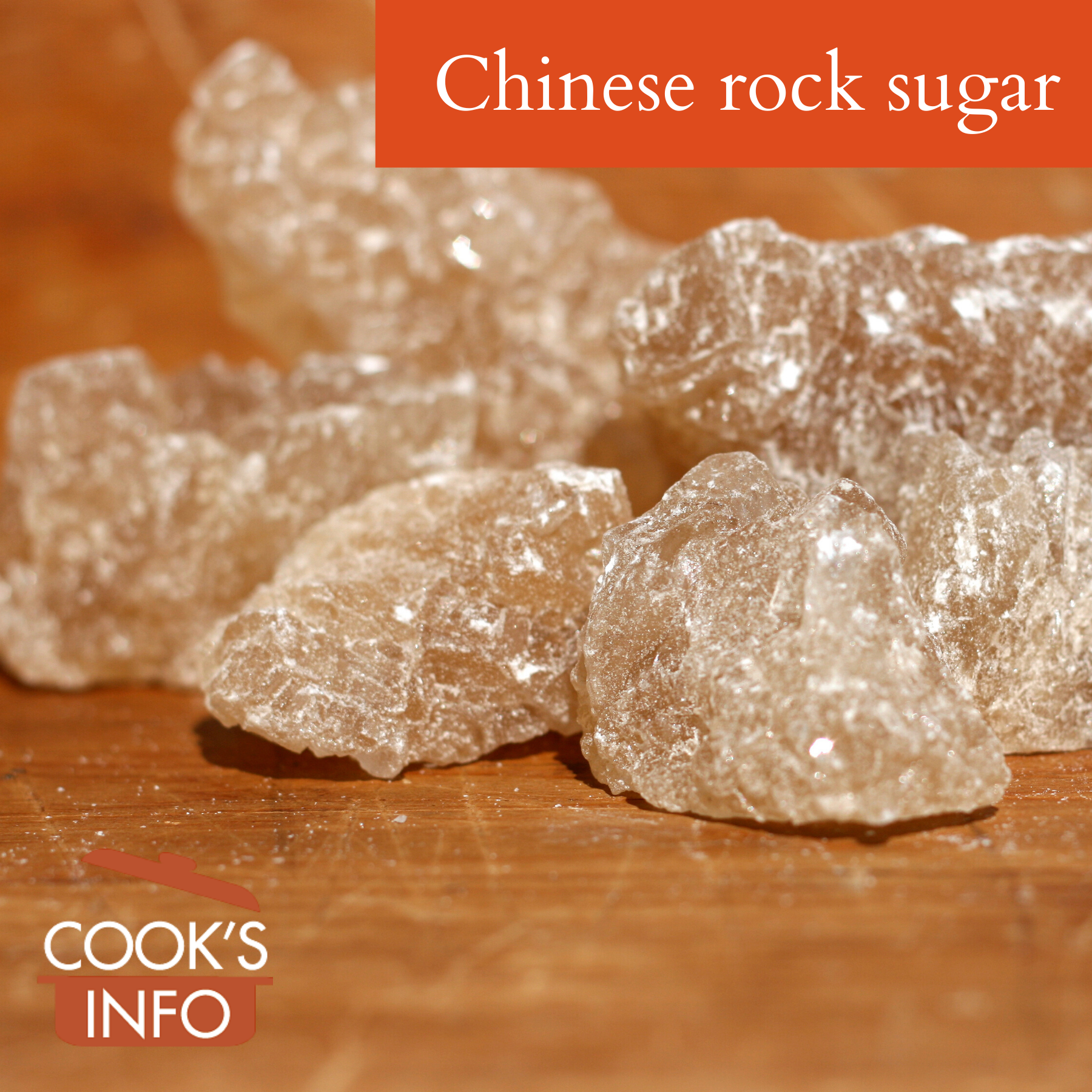 This web site generates income from affiliated links and ads at no cost to you to fund continued research · Information on this site is Copyright © 2023· Feel free to cite correctly, but copying whole pages for your website is content theft and will be DCMA'd.
Tagged With: Chinese Food