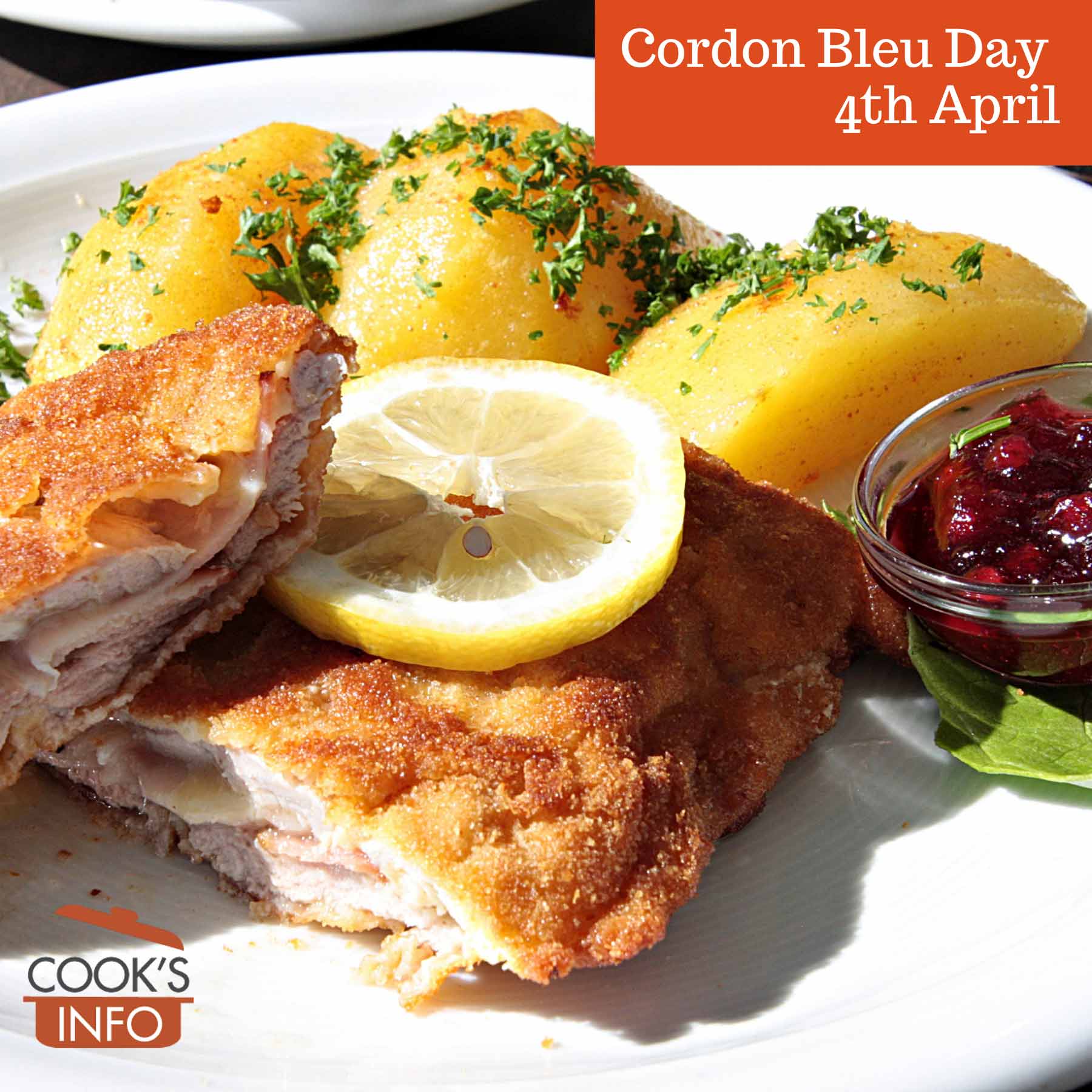 The 4th of April is Cordon Bleu Day.

A “cordon bleu” in American cuisine is a thin piece of meat, typically chicken but also pork or veal, stuffed with sliced ham and cheese, then coated and fried. Sometimes it contains mushrooms as well.

The cheese is typically American Swiss or gruyère.

You can do gourmet variations on it, for instance using prosciutto for the ham, and blue cheese for the cheese, which might be nice, particularly with mushrooms as well.

By default, a “cordon blue” is definitely not a kosher dish, but it could be interesting to try to make a kosher version of it. You could use a non-dairy white sauce, vegan cheese or mashed avocado instead of the cheese, and stuff with spinach or mushrooms instead of the ham.

Whatever you stuff it with, if you want to try lightening the dish you could bake it or air-fry it instead of pan frying.

If you don’t have time to make it from scratch today, you can buy frozen ones already made, ready to cook. These frozen ones often call for baking.

Or, you could treat yourself and dine out at a restaurant that is serving cordon bleu today!

Despite the French name, the dish “cordon bleu” as we know it is actually an American creation (though of course there were European antecedents). In France, “cordon bleu” means blue ribbon and typically is understood more to designate a level of achievement by a cook, as well as the famous cooking school in Paris of the same name.