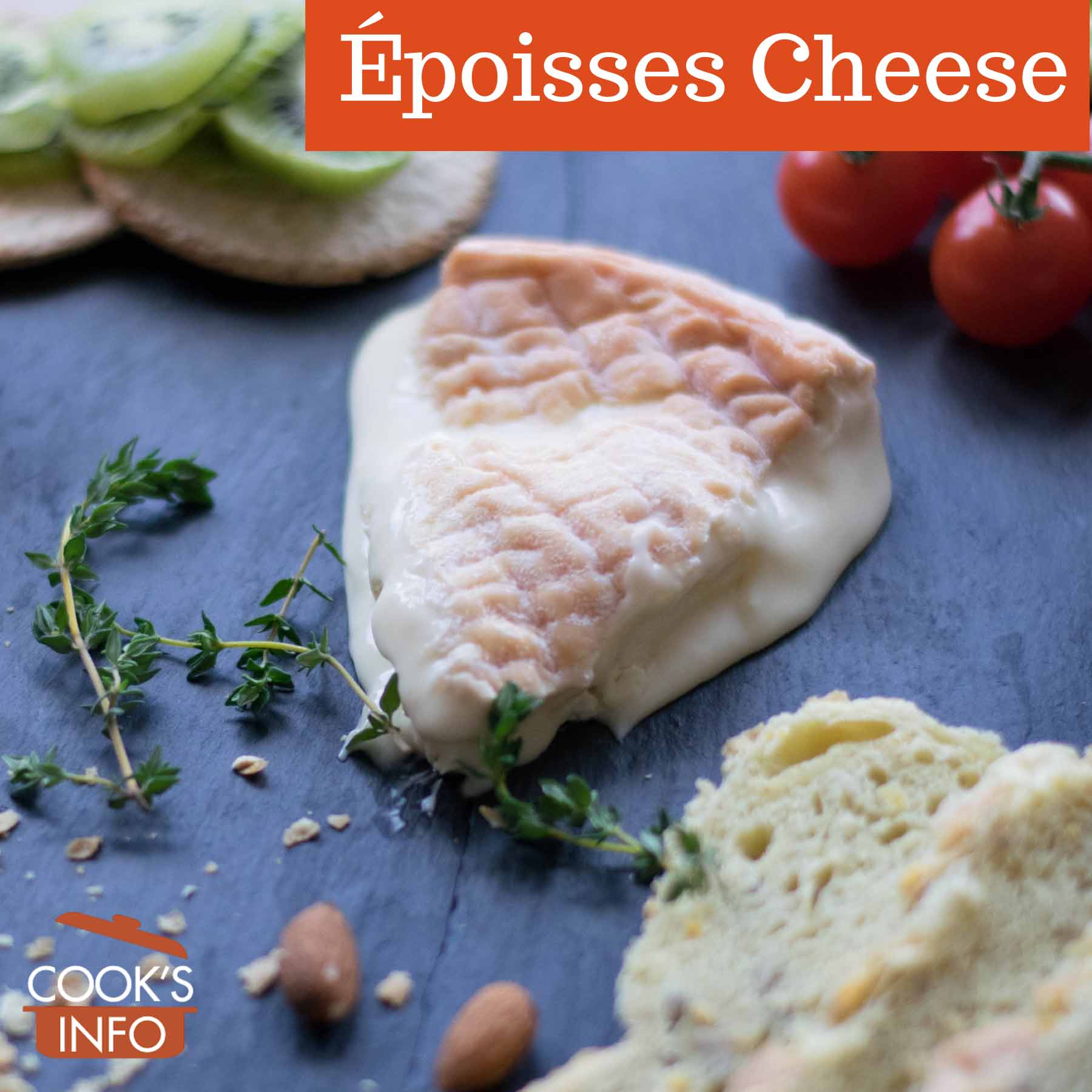 Époisses Cheese is a very smelly cheese. Even the French, who are used to aromatic cheeses, consider it smelly.

It is a washed rind cheese made in Burgundy and named after the town of Époisses.

The texture can be runny enough to eat with a spoon. Because it is so soft, it is shipped in a wooden box.

Traditionally, the cheese was made only from raw milk. There is now also a version made from pasteurized milk, and another from “heat-treated” (aka “thermalized” milk). [1]Behr, Edward. Époisses. St. Johnsbury, Vermont: The Art of Eating. Accessed March 2022 at https://artofeating.com/epoisses-cheese

Époisses can be eaten on a plate with fruits, or melted and used a dip for crusty bread, or slipped onto boiled potatoes. It can be incorporated into a savoury pie or into sauces. 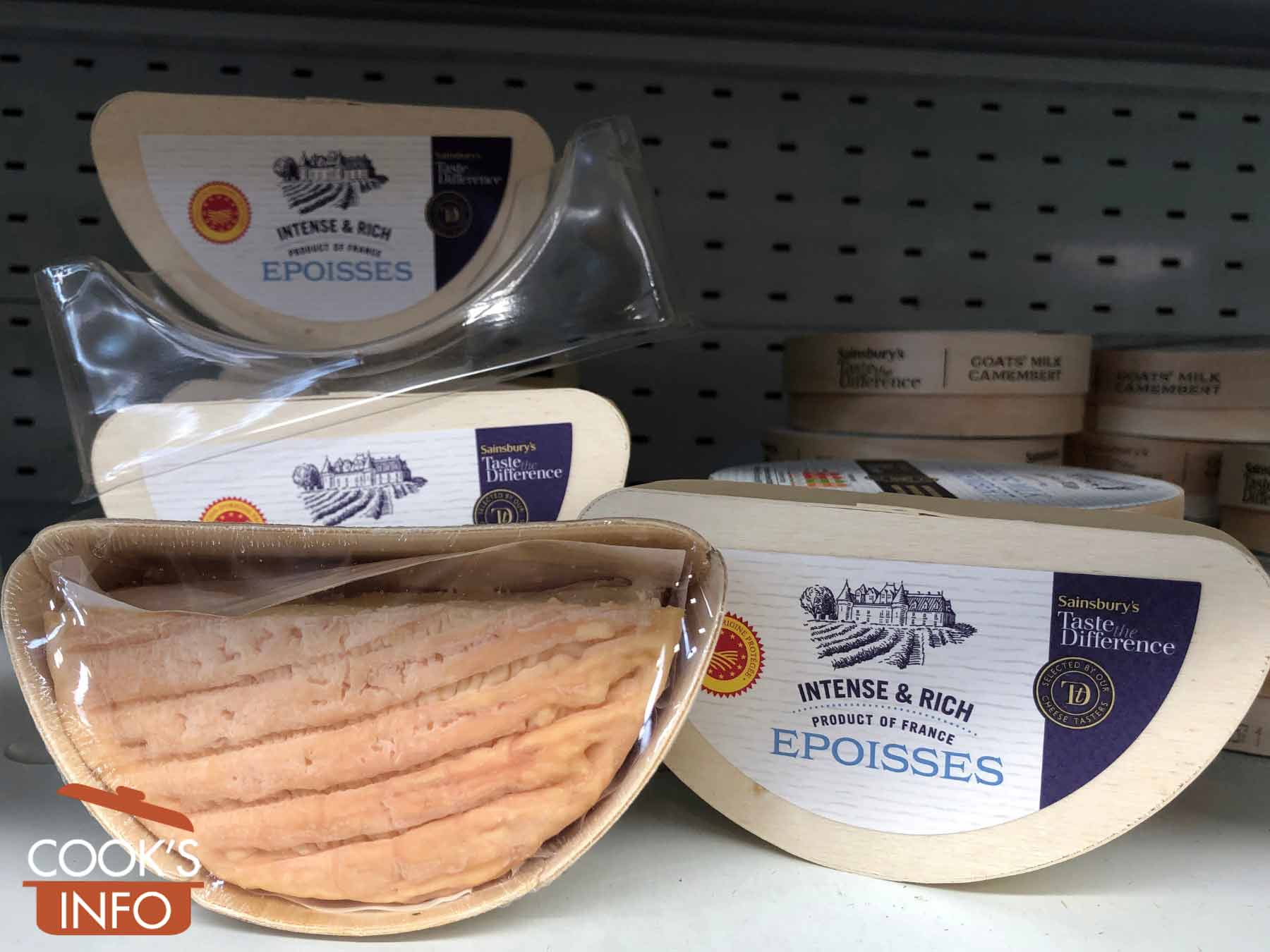 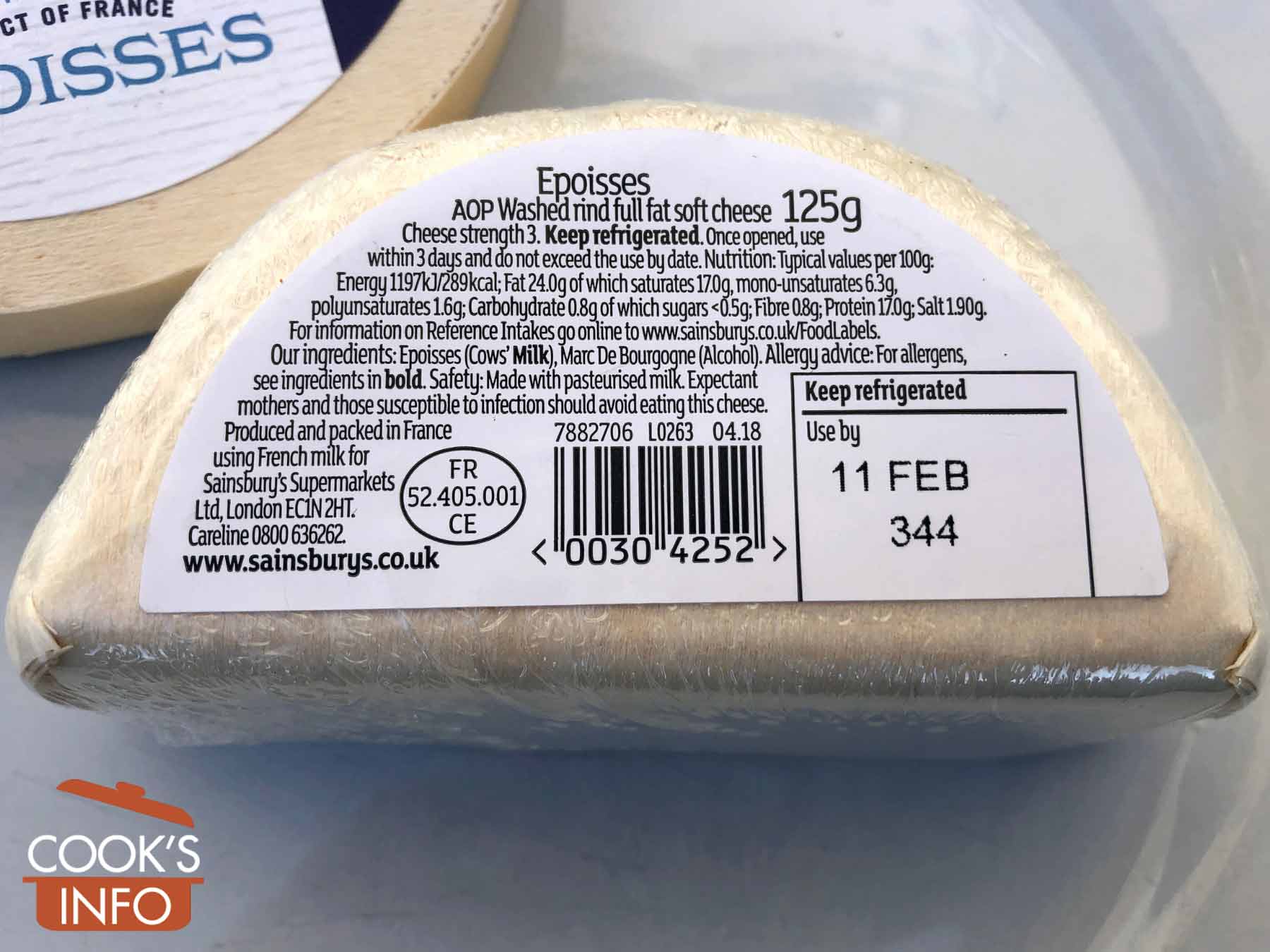 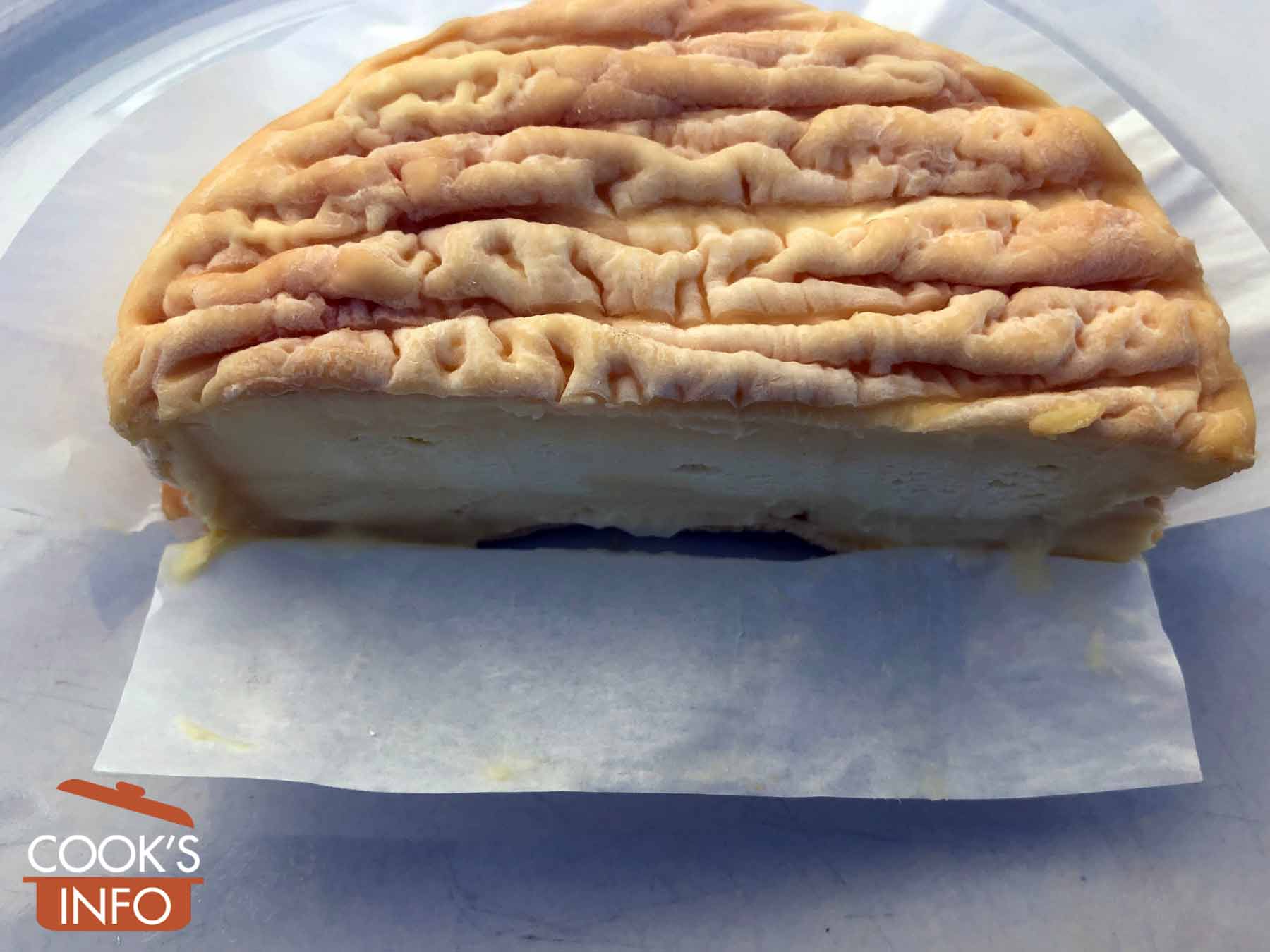 Époisses Cheese was reputedly started by Cistercian monks in the 1500s.

There was a listeria outbreak in which Époisses Cheese was implicated in January 1999. A pregnant mother, 30 years old, in Compiègne got sick with listeria poisoning. She died after giving birth, and then her child, who was born sick, died as well at 5 weeks of age. A third person, a 71 year old woman, went into a coma (she recovered, but with after-effects.) The outbreak was traced to the Fromagerie d’Époisses-Fromagers d’Armancon cheese factory in Époisses, Burgundy. The maker had to destroy 200,000 of their cheeses. As soon as the news hit, sales of all Époisses made by other people as well dropped overnight by 70%.

More thorough investigations revealed that the listeria was indeed contracted from a cheese made at the plant, but from a pasteurized milk cheese, not Époisses. In December 2003, two of the managers were given 1 year in prison in court at Dijon for “involuntary homicide.”: Marc-Antoine Coste de Bagneaux, responsible for quality, and the head of production, Benoit Overney. The director of the plant, Jean-Pierre Fol, who was charged as well, had died in August 2003 of cancer. They were convicted of knowingly selling cheese contaminated with listeria.

This web site generates income from affiliated links and ads at no cost to you to fund continued research · Information on this site is Copyright © 2023· Feel free to cite correctly, but copying whole pages for your website is content theft and will be DCMA'd.
Tagged With: Burgundy Food, French Cheeses