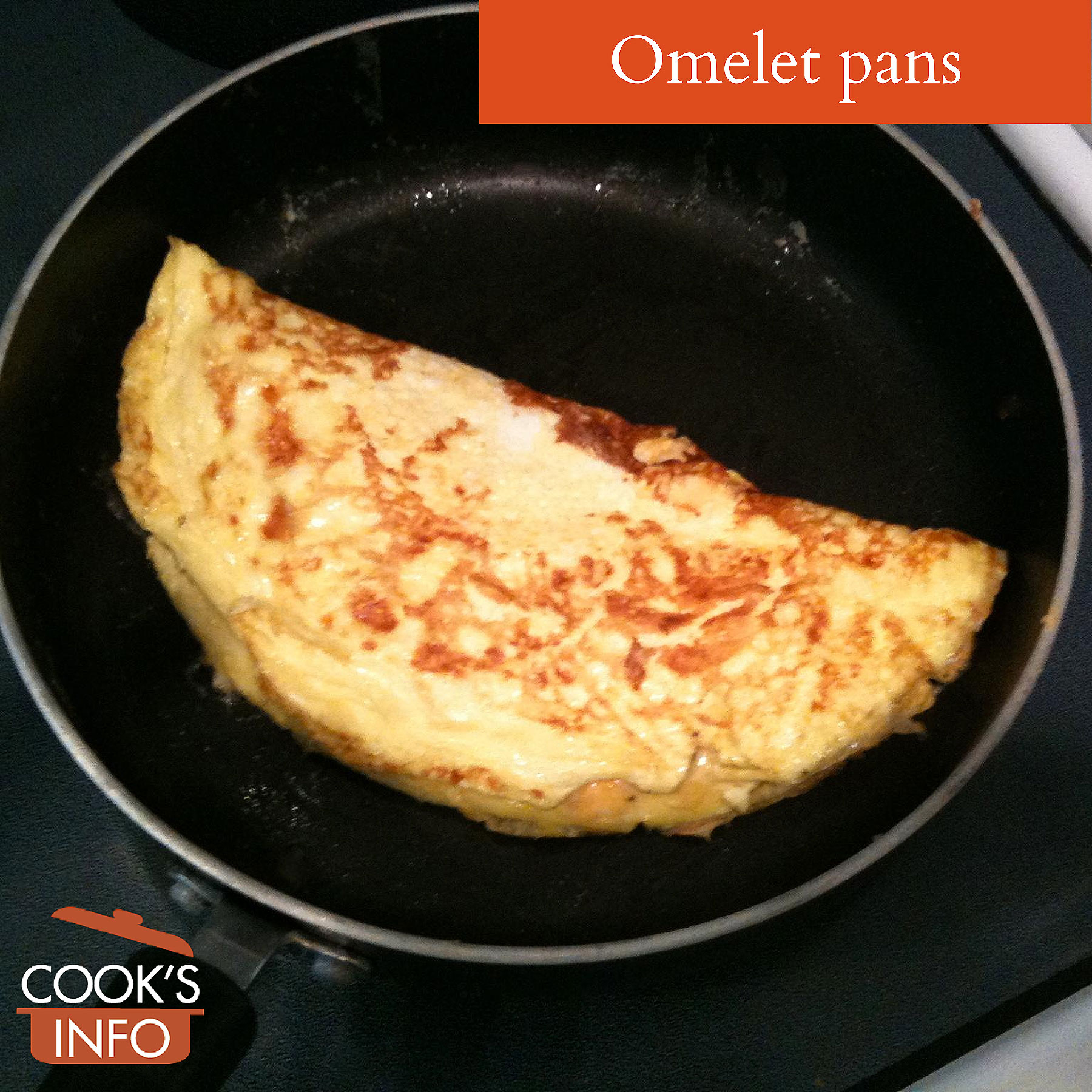 Omelet pans are frying pans with shallow, steeply sloping sides that allow an omelet being cooked to be rolled against the sides, and when it’s finished, to slide out easily.

An omelet pan has a flat bottom, a long handle, and will be anywhere from 15 to 25 cm (6 to 10 inches ) wide. They have thick bottoms for even heat.

You can get them in non-stick, aluminum, cast iron, enamelled cast iron, and stainless steel.

You can also get folding omelet pans. They consist of two half rounds, hinged in the middle. You heat it on the burner, and fill each side with egg mixture, and let it cook a bit. Then, scatter any filling ingredients on top of one side or the other, and cook more. Then, fold the pan to bring the two halves together, making an omelet with a filling in it. It creates perfect half-moon shaped omelets.

Purists are scandalized that such folding pans for omelets even exist; they say it makes an egg sandwich, not an omelet. 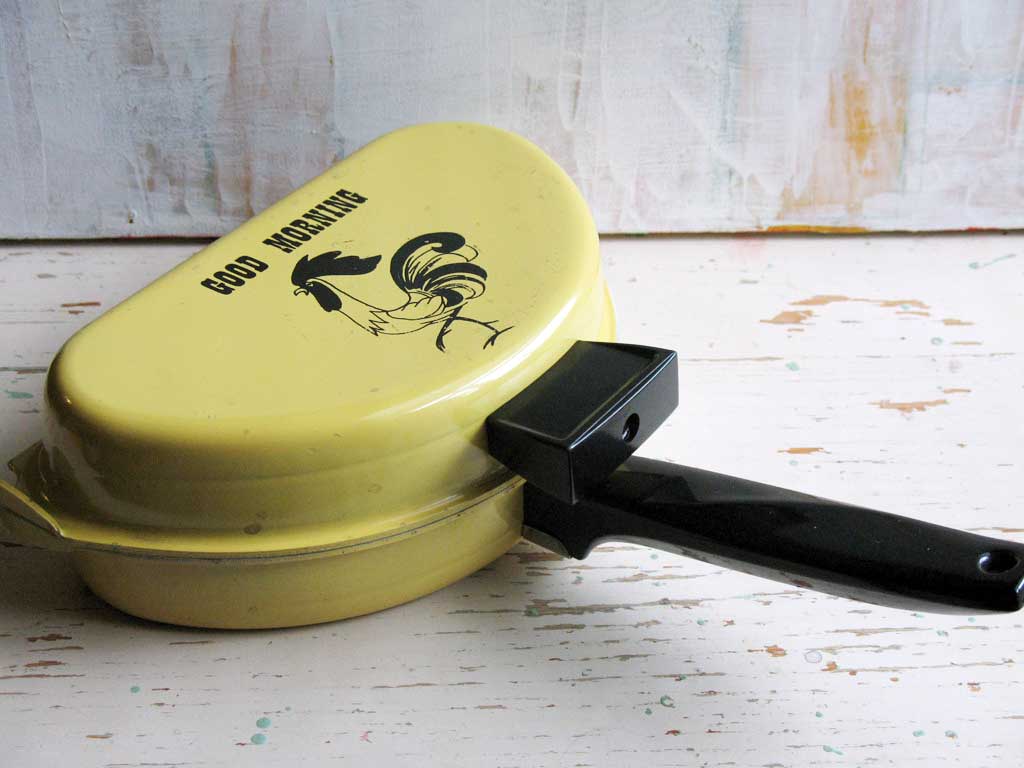 This web site generates income from affiliated links and ads at no cost to you to fund continued research · Information on this site is Copyright © 2022· Feel free to cite correctly, but copying whole pages for your website is content theft and will be DCMA'd.
Tagged With: Omelets, Pans