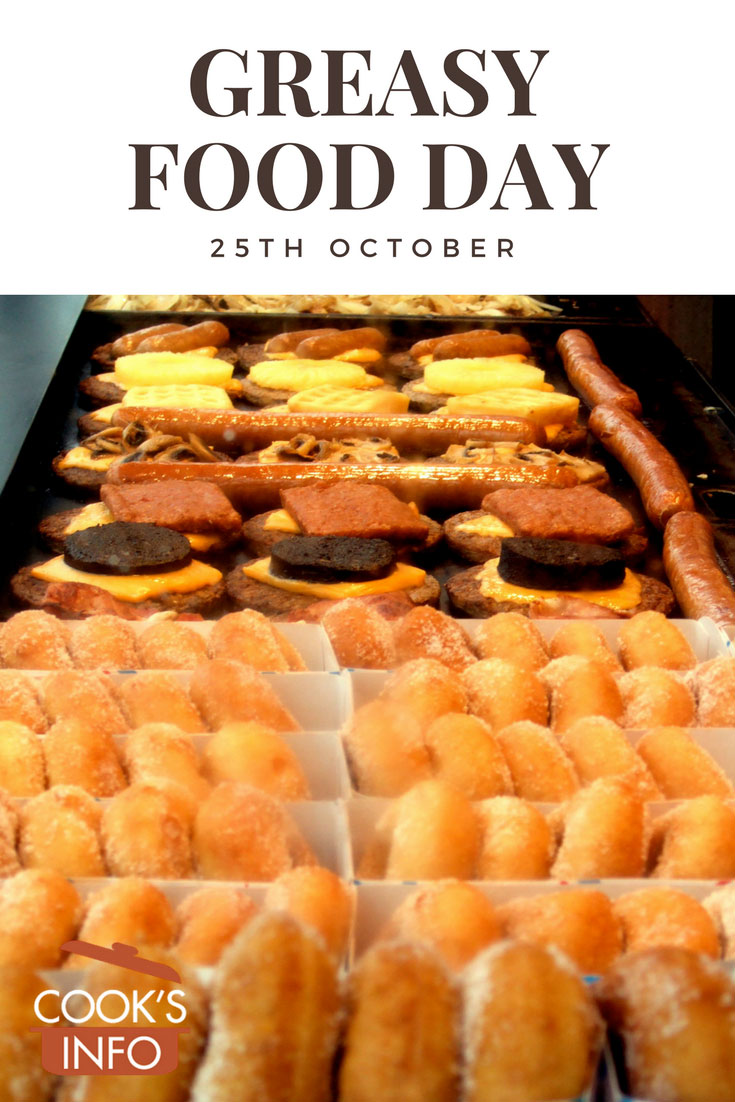 The 25th of October is Greasy Foods Day.

The killjoys may be right in telling us that we should avoid them, but why is it they always centre in on things we like? Why can’t they say, avoid eating plain, boiled turnip, and we might go, okay mate. Can do.

If by “grease” people mean fat or oil, food can have too little or too much. It’s when there’s too much that people call it “greasy”, but there can also be too little. Without some fat, food has no mouth appeal, and you are left feeling still hungry. And without fat, your body can’t absorb certain vitamins such as A, D, E and K. In fact, there was a time in history not so long ago that people particularly in northern countries had to struggle to get enough fat in their diets. Butter, before margarine came along to beat the price down, was simply out of the ordinary person’s budget range even in the mid 1800s. And fat from meat was problematic, as ordinary people couldn’t afford all that much meat either. When they did, they’d usually simmer it, so that all the fat would be caught up in a savoury broth, and when they spit-roasted it, they invented foods such as Yorkshire pudding to place beneath the roast so that the drippings wouldn’t go to waste.

Though now the situation has reversed, in that we have too much fat in our diets, we mustn’t go to the other extreme and try to live completely without it.

In any event, if you’re going to treat yourself, this may be the day to have the side of French fries instead of the earnest little salad. 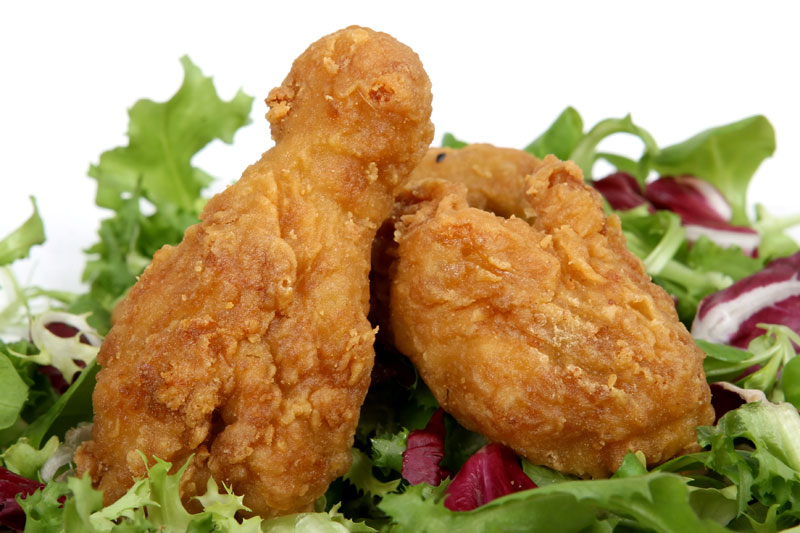 The first print media mention that CooksInfo is aware of for a Greasy Foods Day in October dates from 2005 in Nevada: