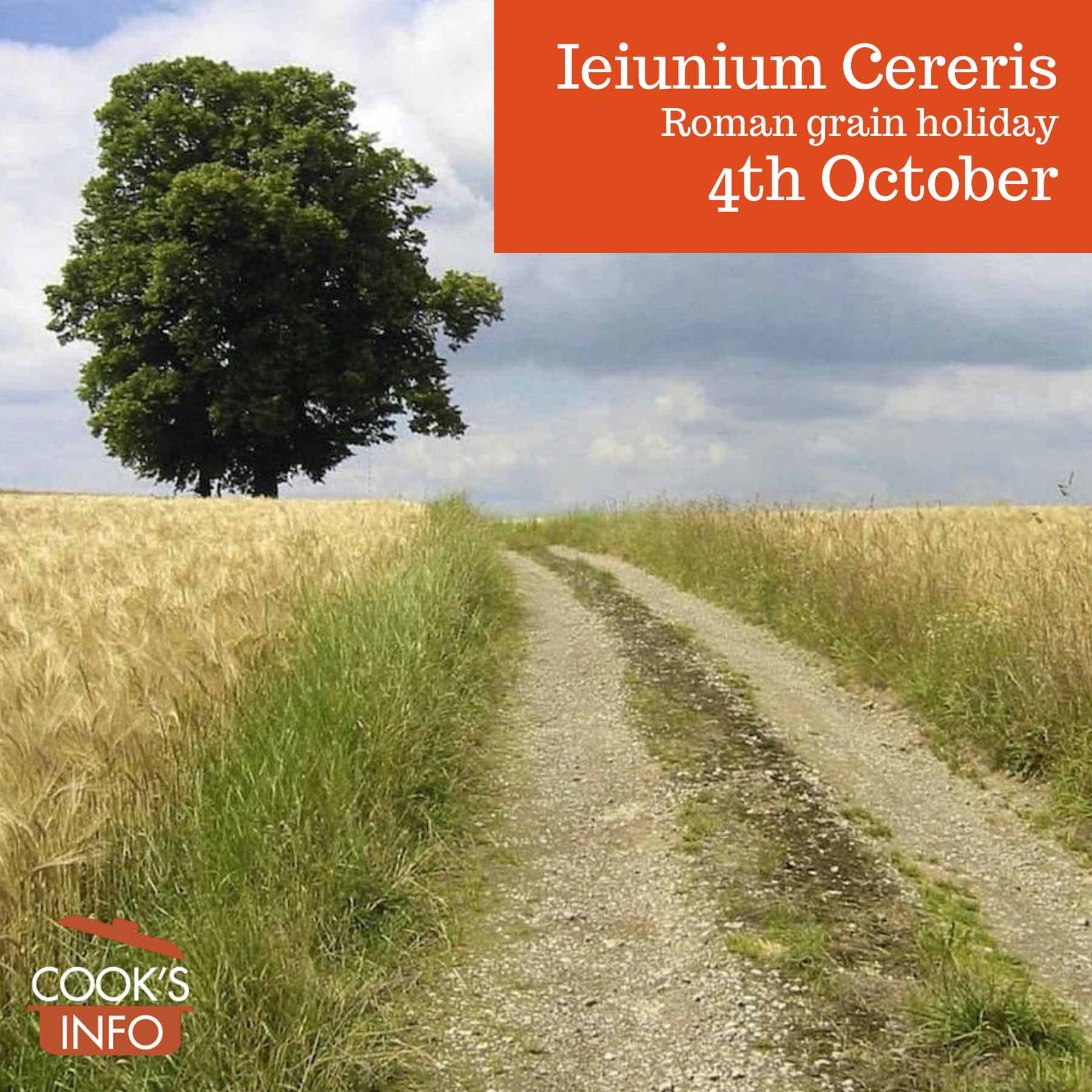 The 4th of October was the Roman holiday of Ieiunium Cereris.

The day was in honour of Ceres, the goddess of agriculture and specifically grain. Her temple was situated on the Aventine Hill, on one side of the Circus Maximus.

Unlike other fall festivals which took place after the harvest was all over, this was a pre-harvest festival, in anticipation of a bountiful autumn harvest.

It is speculated that this was not a total fast, as in the Jewish Rosh Hoshanah sense, but rather more in the sense of Christian Lent, where certain foods are abstained from, and that in this particular instance the food abstained from was grain, aka cereals, being the gift of Ceres.

“In Jewish literature, as we have seen, fasting was clearly understood as abstaining from all food and drink for a specified period of time… The same cannot be assumed for Greek and Latin literature… Who abstained, from what and for how long, is not known, but it is most likely that the ieiunium consisted of abstaining from ‘the gifts of the Goddess’, that is cereals. Another extremely hostile witness, the Christian Jerome, lends support to this, writing at the end of the fourth century that the worshippers of Isis and Cybele, ‘in gluttonous abstinence gobble up pheasants and turtle doves all smoking hot, of course to avoid contaminating the gifts of Ceres’.” [2]Grimm, Veronika. From Feasting To Fasting: The Evolution of a Sin. New York: Routledge. 1996. Pp 37-38.

We don’t know who all observed the fast; it could be possible that only devotees of the Ceres cult did. 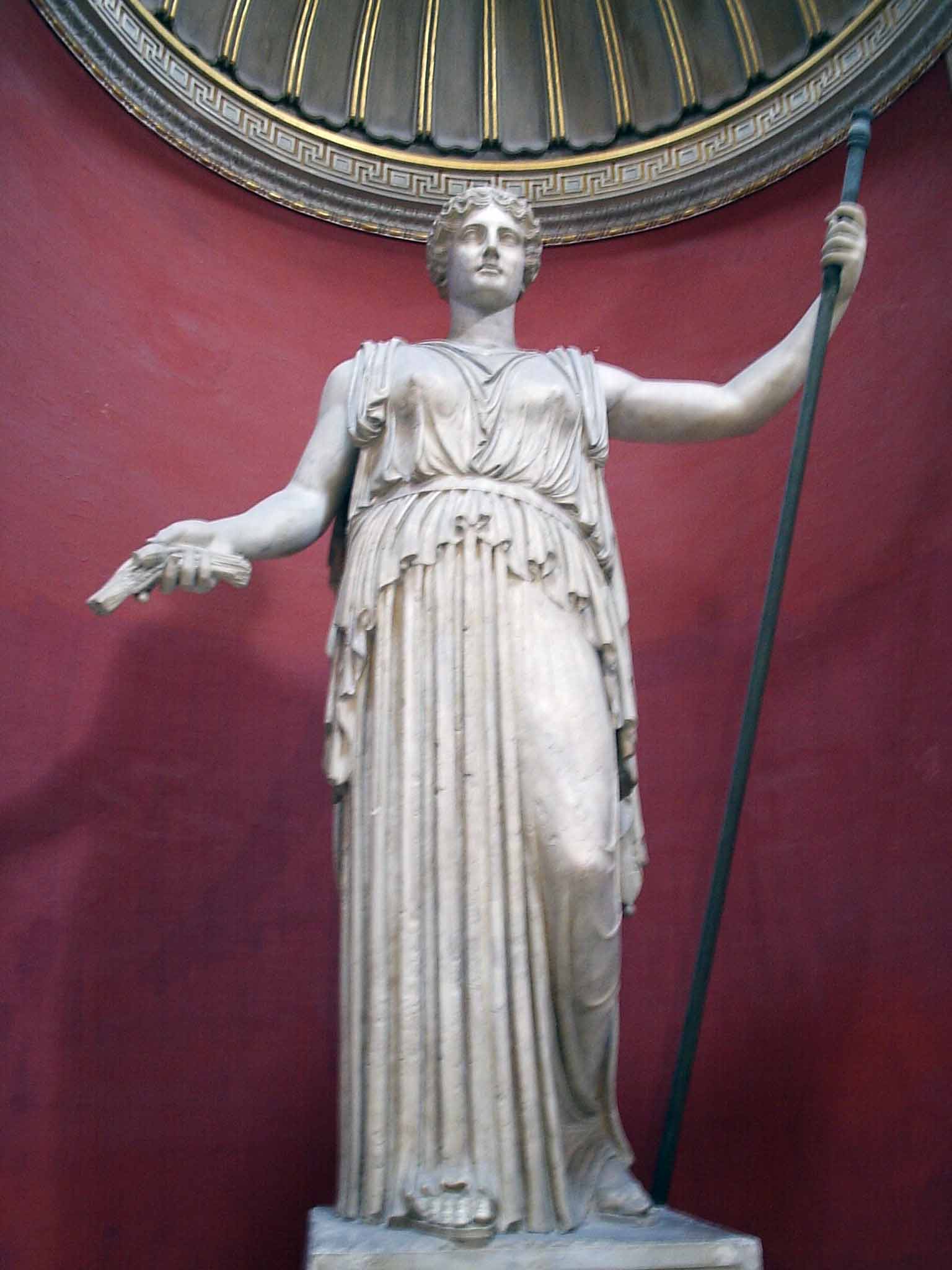 In 191 BC, the Patrician class in Rome began entrusting the grain harvest to a goddess other than Ceres. This goddess was Cybele, whom they imported from Anatolia via Greece. (Granted, Ceres was originally borrowed from the Greeks as well.) This may have offended the Plebeian class, as they held Ceres particularly dear. Shortly after this, the Senate said that a commission of ten men (“decemviri”) had consulted the Sibylline Books, a collection of prophecies, and found that a new festival for Ceres should be established. This festival would be a fast, and would be held every five years. [5]”On account of these portents the decemvirs were directed by a decree of the senate to consult the Sibylline Books, and they reported that a fast in honour of Ceres should be held and this repeated every fifth year; also that a nine-day festival should be celebrated and a period of prayer for one day; that those who offered the prayers should wear garlands…” — Livy. Books XXXV-XXXVII With An English Translation. Cambridge. Cambridge, Mass., Harvard University Press; London, William Heinemann, Ltd. 1935. 36.37.4–5

The Emperor Augustus may have turned the holiday into an annual one, though this is disputed. [6]Ladislav Vidman, citing the stone fragments known as the “Fasti Ostienses”, inscriptions on stone in Ostia, Italy, which listed days on which business could be conducted, disputes that Augustus made it an annual observance, and thinks that even if he did for a bit, that it did not remained annual for long. He cites line 1 of year 160 AD from the Fasti fragments which says the festival was held every five years: “ieiunium Cerealis qq. [quinquennale] celebra[tum]”. — Vidman, Ladislav. “Ieiunium Cereris Quinquennale (En Marge Des Fasti Ostienses).” Zeitschrift Für Papyrologie Und Epigraphik, vol. 28, Dr. Rudolf Habelt GmbH, Bonn (Germany), 1978, pp. 87–95, http://www.jstor.org/stable/20181492. 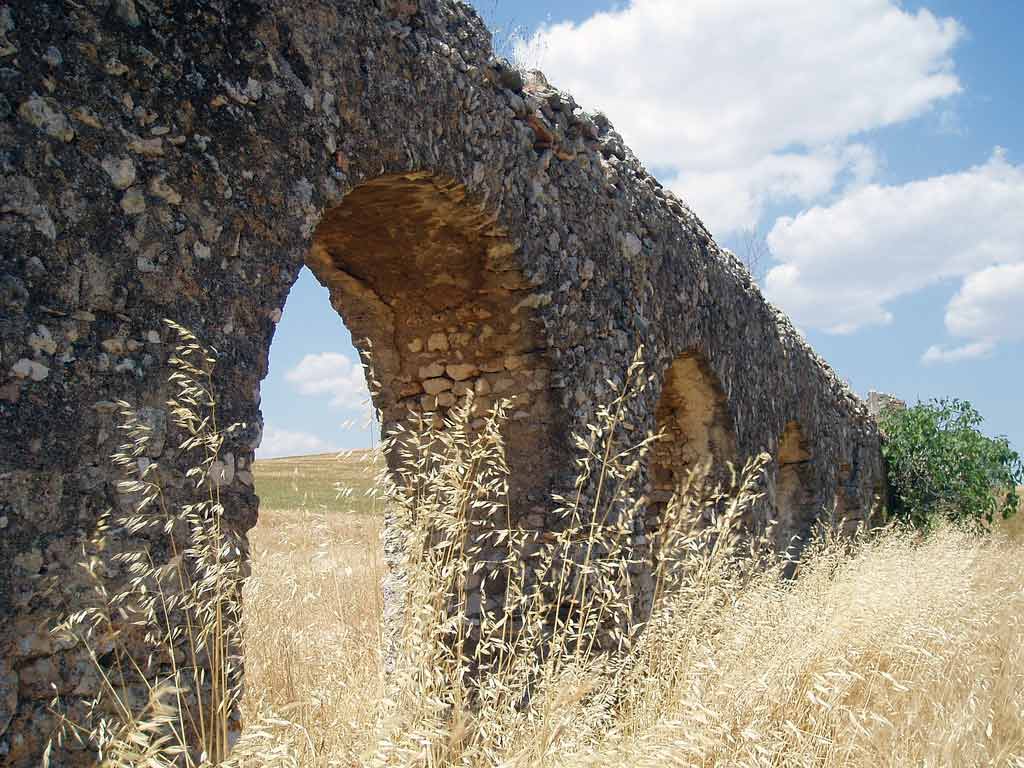 This web site generates income from affiliated links and ads at no cost to you to fund continued research · Information on this site is Copyright © 2023· Feel free to cite correctly, but copying whole pages for your website is content theft and will be DCMA'd.
Tagged With: Cereals, Grains, Roman Holidays