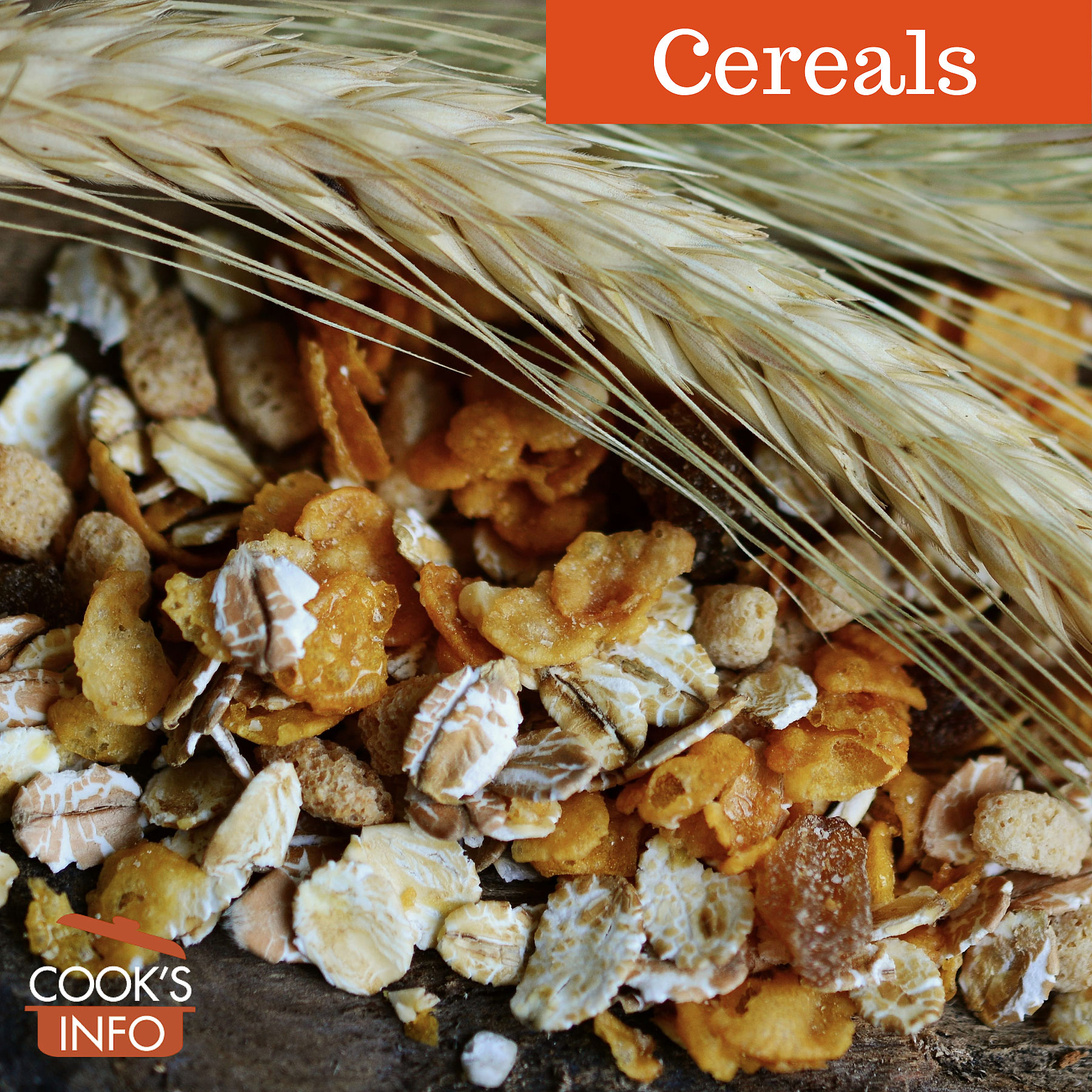 The oldest cereals are wheat, barley, rice, corn and spelt. Oats and rye are relatively recent additions: they were originally viewed as weeds growing amid crops of wheat and barley in the Middle East. But as cultivation moved north, farmers found that oats and rye actually did better in the colder northern climates.

Modern wheat, rye and corn grow “naked” grains that don’t have to be husked before milling; barley, oats and rice do.

Wheat is unique in that it has a protein in great quantities called “gluten”, which is why it has always been used for bread.

The germ and the bran of grains contain most of the fiber, oil and B vitamins.

Ceres was the Roman goddess of agriculture. Her daughter Proserpine was abducted by Pluto and taken to the underworld. Ceres was grief-stricken and the world was plunged into winter. Eventually Jupiter interceded and struck a deal with Pluto, in which Proserpine could return to the world for six months of the year, which became summer, and then return to be with Pluto for six months, during which time Ceres mourns and we have winter. Festivals in honour of Ceres were called the “Cerialia”. Her temple in Rome was at the foot of the Aventine Hill, at what is today the site of the church called “Santa Maria in Cosmedin”.

The Greeks had the same myth; they called Ceres “Demeter” and Proserpine “Persephone”.

“Remember the days when you let your child have some chocolate if he finished his cereal? Now, chocolate is one of the cereals.” — Robert Orben (American writer, 1927 – )

The English word “cereal” comes from name of the Roman goddess of agriculture, Ceres.

This web site generates income from affiliated links and ads at no cost to you to fund continued research · Information on this site is Copyright © 2023· Feel free to cite correctly, but copying whole pages for your website is content theft and will be DCMA'd.
Tagged With: Ancient Greece, Breakfast