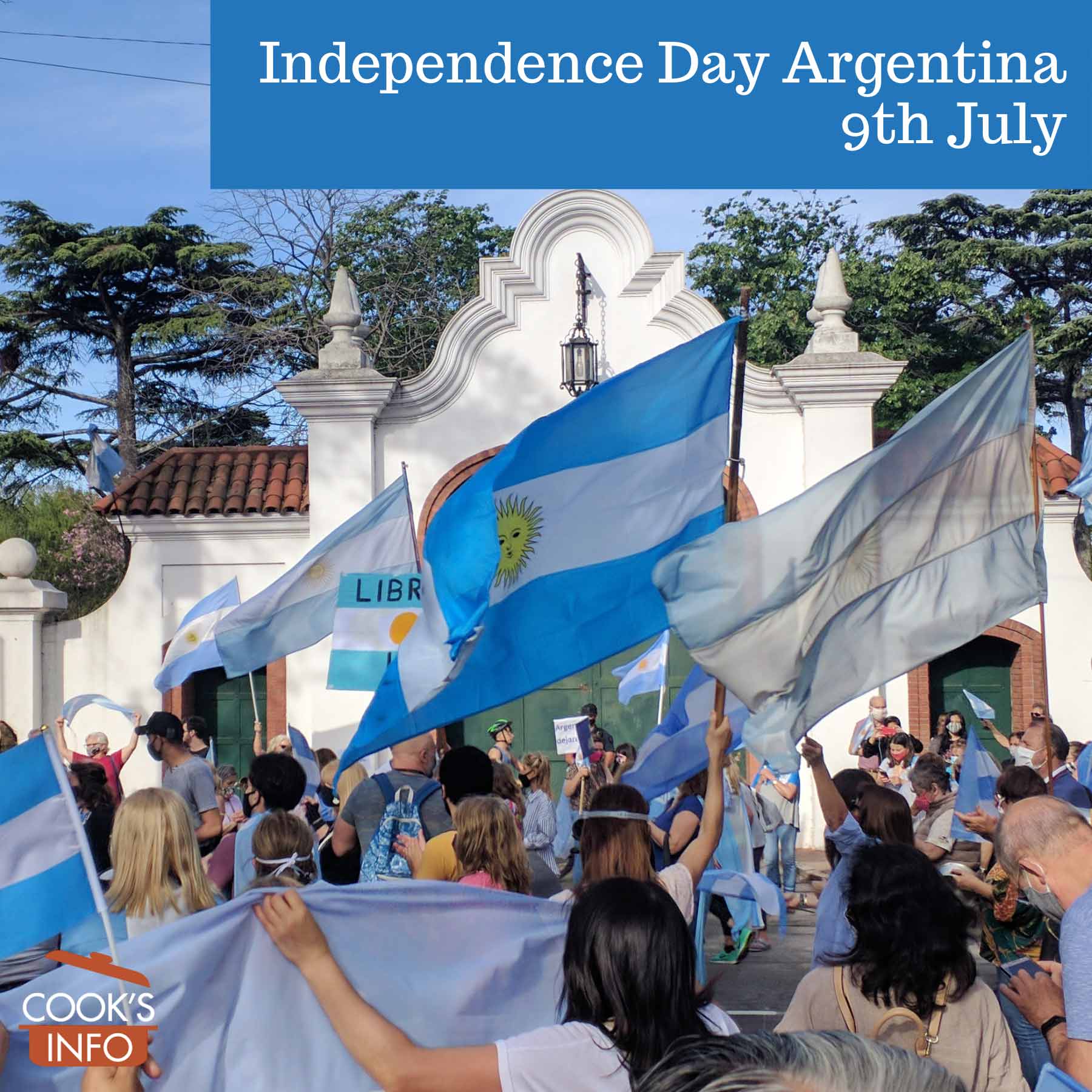 The 9th of July is Argentina’s Independence Day, marking the day in 1816 when Argentina declared its independence from Spain.

There are parades, speeches, and fireworks. The president of Argentina goes to celebrate in the town of Tucumán, where the declaration took place in a house which is now a museum, called Casa Histórica de la Independencia.

Throughout the country, there are family get-togethers.

The widest street in the world, found in Argentina’s capital city of Buenos Aires, is named “Avenida 9 de Julio” (Avenue July 9th). It has twelve lanes, six in each direction.

This is late autumn in Argentina, so the weather is cool. The season makes it the perfect weather for the dish traditionally served that day, which is a stew called “locro”. Featuring corn, squash and sweet potato, it is a New World dish, drawing a line between the cuisine of the New World and that of the Old World, with which Argentina was making a clean break. It is served at lunch, often with with Argentine Malbec wine.

At the end of the afternoon, sweet pastries called pastelitos filled with sweet potato or jam (often quince paste – “membrillo“) are served, along with mate, a typical Argentine tea.

To close the day, churros and hot chocolate are traditional.

In Spanish, the day is called both “El Dia de la Independencia” (The Day of Independence) and the “Nueve de Julio” (The 9th of July).

This web site generates income from affiliated links and ads at no cost to you to fund continued research · Information on this site is Copyright © 2023· Feel free to cite correctly, but copying whole pages for your website is content theft and will be DCMA'd.
Tagged With: Argentina Food