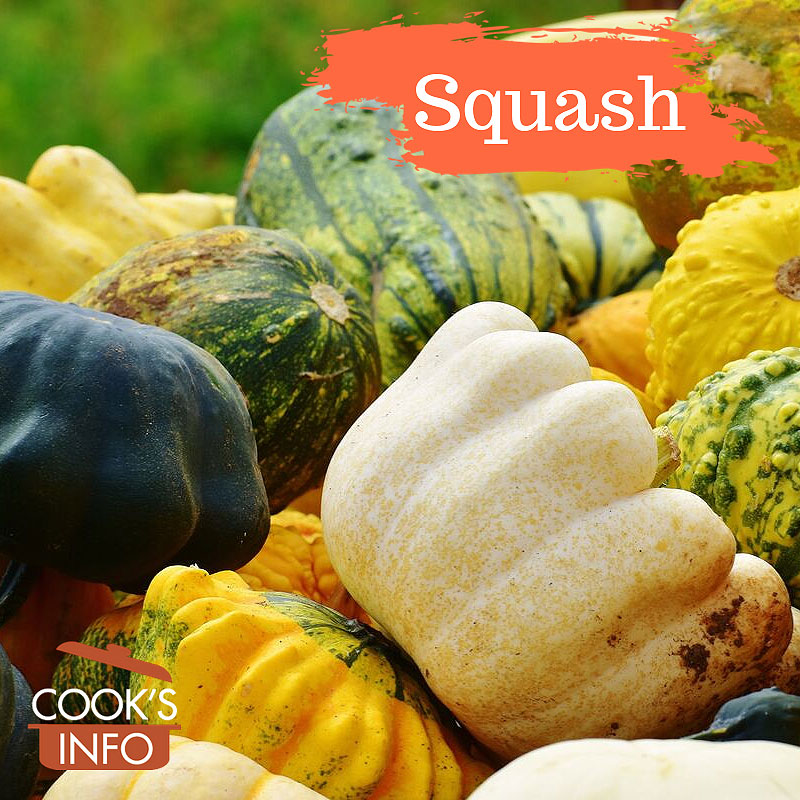 Squash is a group of vegetables that includes its most famous member, the pumpkin, as well as the decorative gourds that dress North American tables at Thanksgiving.

Summer squashes such as zucchini and marrow have edible rinds and seeds, and grow quickly.

Squashes which mature in the fall, called winter squashes, have hard, thick rinds that you don’t eat, and many hard seeds that have to be scooped out and discarded.

Some people feel that baking a squash can bring out more of its taste than microwaving, boiling, pressure cooking or steaming can, because the dryness of baking evaporates water out of squash and concentrates the flavour, while caramelizing sugars at the same time.

Winter squashes, with tough skins, are best peeled with a heavy French or chef’s knife. Cut off the two ends first, so that you have flat surfaces to stabilize the squash as you cut it, so that you can be cutting it more safely.

America’s Test Kitchen suggests making a vegetable stock from what are typically the squash discards: sauté the seeds and scraped-out fibre with fat and aromatics in a Dutch oven, top with an appropriate amount of boiling water and simmer for a bit, then strain and use or freeze.

There are safe, tested procedures for home pressure-canning winter squash. Attempting to home-can plain summer squash is recommended against (though using summer squash in tested pickling and relish type recipes to acidify the squash is fine.)

The Central American trio of foods called “The Three Sisters” is squash paired with corn and beans, though the actual benefits of the growing practice has been questioned in recent times. Squashes have been grown in South & Central America as long ago as 5000 BC, and possibly earlier than that.

The knowledge and practice of cultivating squashes spread from Central America up to the natives in North America, who in turn introduced colonists to the vegetable. The word “squash” appears to have come from the word “askutasquash” used by Indians in Massachusetts, which meant “something eaten raw”, which is actually the last thing you’d do with most squash (though maybe they meant zucchini). Sometimes, it is interpreted as “something eaten immature”, which would apply to summer squashes.

Calabaza is a squash grown in the Caribbean and in Latin America. There so many different sizes, shapes, and colours of Calabaza that it's almost better to treat the word as a generic category, like "apple", or as a collection of squash varieties....

Almost all gourds are inedible squashes that are grown for ornamental purposes. There are only a few that are used for food, such as Luffa Gourds, though Luffa are perhaps better known for the sponges that can also be extracted from them. Related... 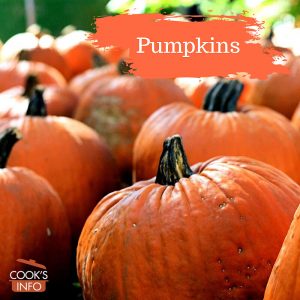 A pumpkin is a culinary term for some varieties of winter squash . A pumpkin can be grown for its flesh (for use in pies, livestock feed, etc.), for its seeds, or for its ornamental looks. See also: Pumpkin Pie Day Pumpkin versus squash Which...

Squash Blossoms are edible flowers that can come from either summer or winter types of squash. The colours range from yellow to orange. The flavour will be similar to the squash that they were grown from. Both male and female blossoms are edible,... 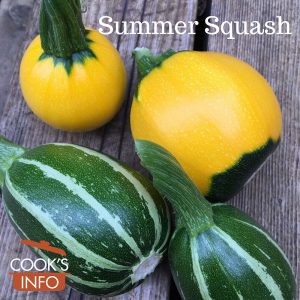 Summer squashes are members of the squash family that are harvested young, with thin skins. They do not store as well as winter squashes, which have thick skins. Zucchini is an example of a summer squash.

Ugu is an African gourd plant cultivated in eastern parts of Nigeria. It grows on a vine that can cover a great distance. The gourds can weigh up to 25 pounds (11 kg), and have about 100 oyster-shaped seeds in them. The gourd itself is inedible, though... 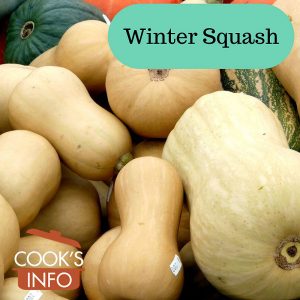 "Winter Squash" is a term that refers to hard-skinned squash that can be stored successfully in cold storage over the winter to become part of the winter food stock for eating.

This web site generates income from affiliated links and ads at no cost to you to fund continued research · Information on this site is Copyright © 2022· Feel free to cite correctly, but copying whole pages for your website is content theft and will be DCMA'd.
Tagged With: Squash, Vegetables