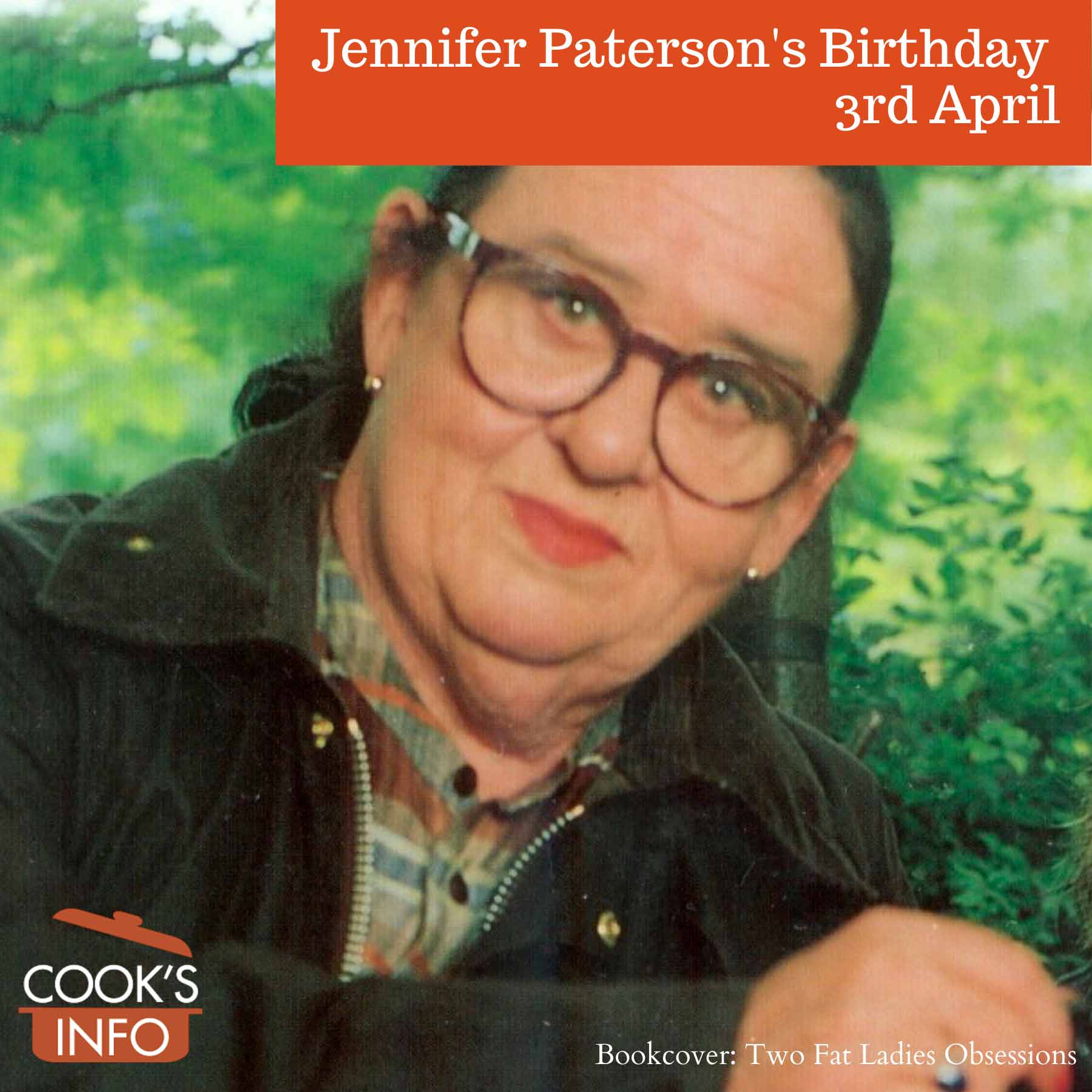 The 3rd of April is the birthday of Jennifer Paterson. Many people will know her as one-half of the Two Fat Ladies.

Born in 1928, her early claim to fame was being expelled by the nuns from convent school.

In the 1970s, she was a food writer for the Spectator Magazine in London, but was let go for throwing dishes out the window. She was eventually forgiven and rehired.

It was the year 1996 that put her on the global culinary map when she appeared on everyone’s television screen as the motorcycle driver in Two Fat Ladies, driving her partner Clarissa Dickson Wright around.

Fans still revel in watching and rewatching the series for the joie-de-vivre and gusto she exhibited about food and her immense knowledge of it.