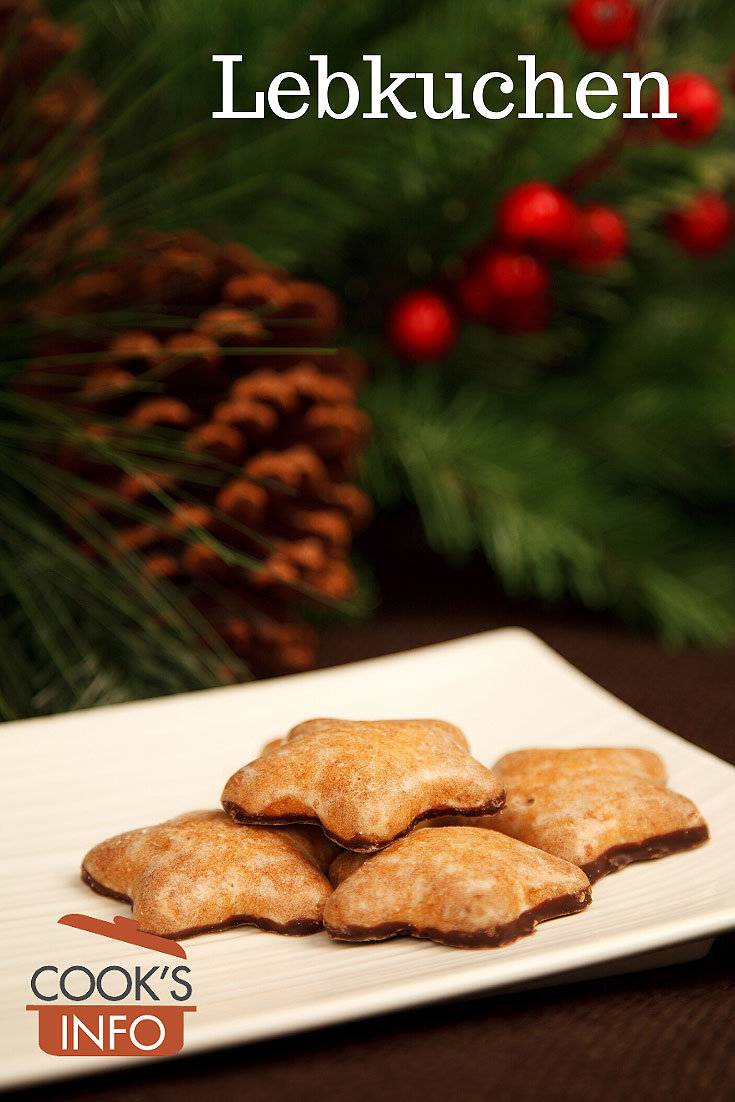 Lebkuchen are thick, spiced, soft, cake-like cookies (aka biscuits) made in Germany. There are many different shapes and forms.

They are made from flour, honey, ground almonds and spices. Spices can include anise, cardamom, cloves, cinnamon, ginger and white pepper. Some are spicier, some are sweeter. The leavener used is often Hartshorn or Potash.

Traditionally, the dough was pressed into wooden moulds for shaping, before cookie cutters came along. Now, the dough is usually cut or moulded into decorative shapes before baking, then the cookies are glazed with a thin icing after baking. 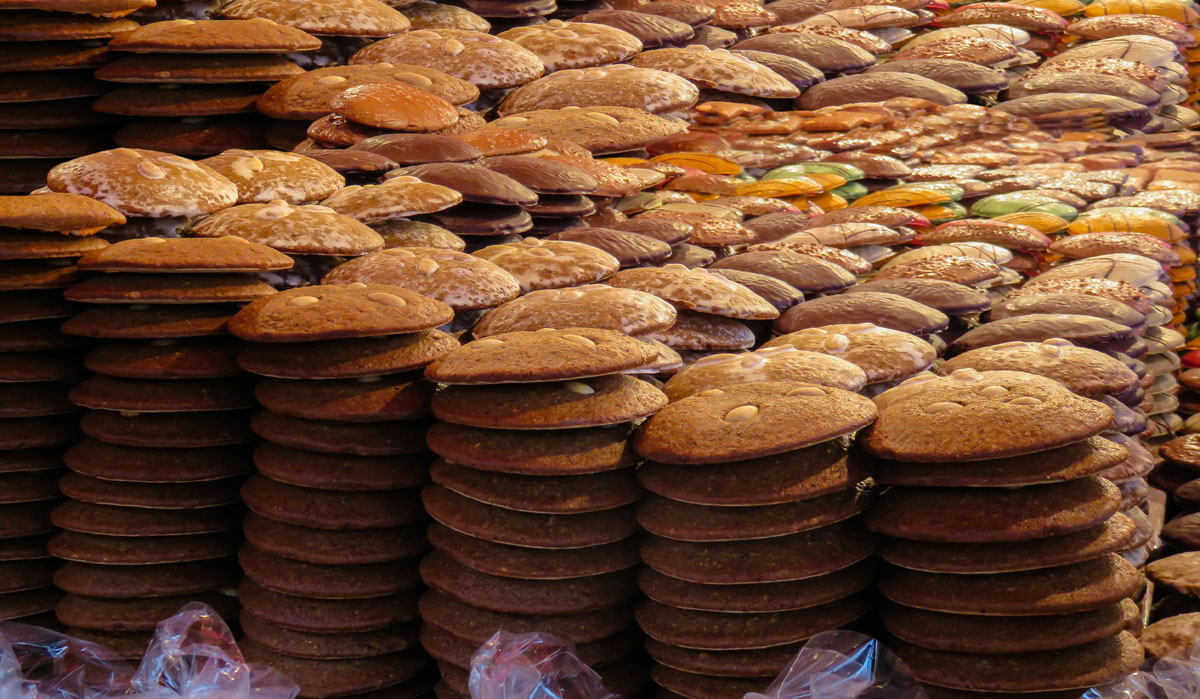 Hard, inedible decorative ones also made, particularly in heart shapes for sale as gifts. These often have writing on them in hard icing: some of the sayings written on them are declarations of love, others are humorous, some are outright “racy.”

Lebkuchen are ubiquitous in Germany at Christmas time. They are often packed in collectible tins.

Lebkuchen is sometimes described in English as being gingerbread, though many versions don’t use ginger at all.

Early versions of Lebkuchen date back to the 1300s. 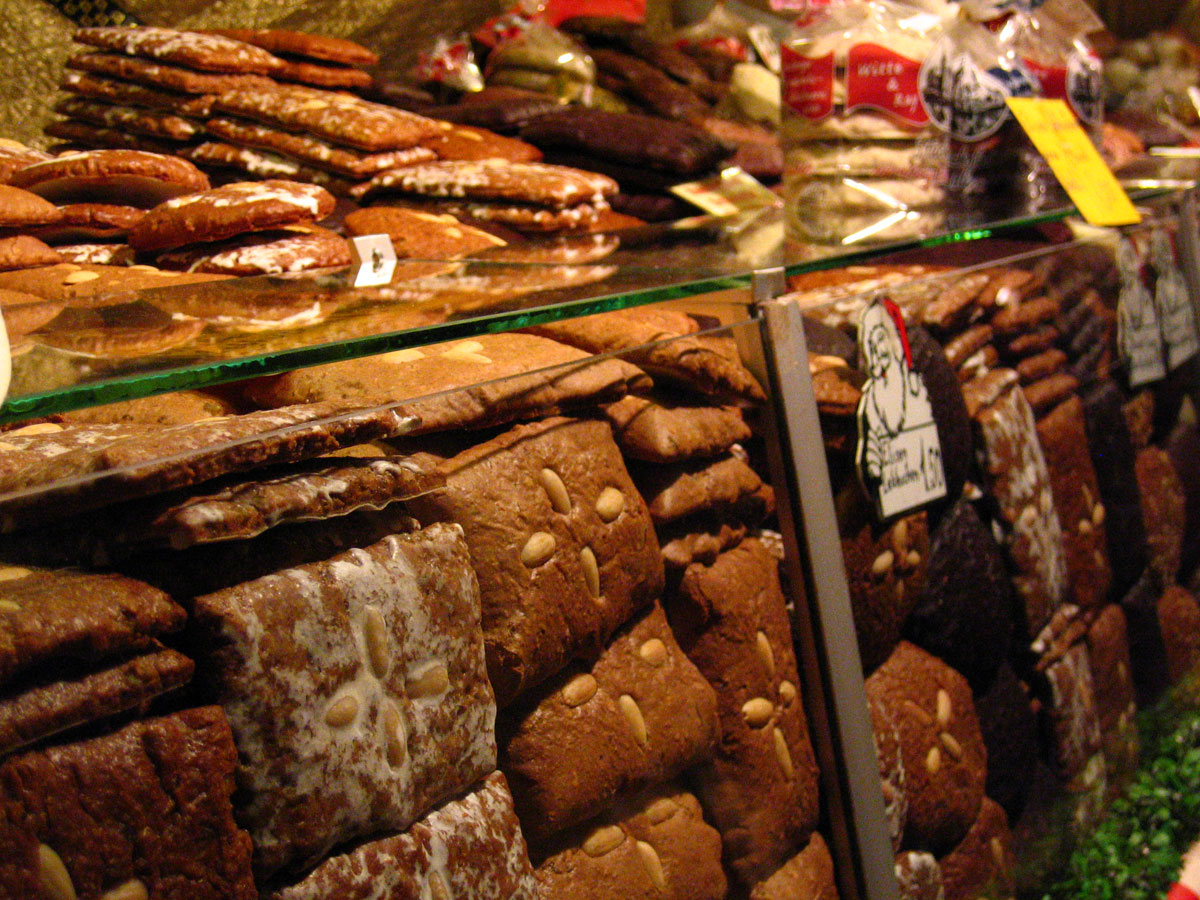