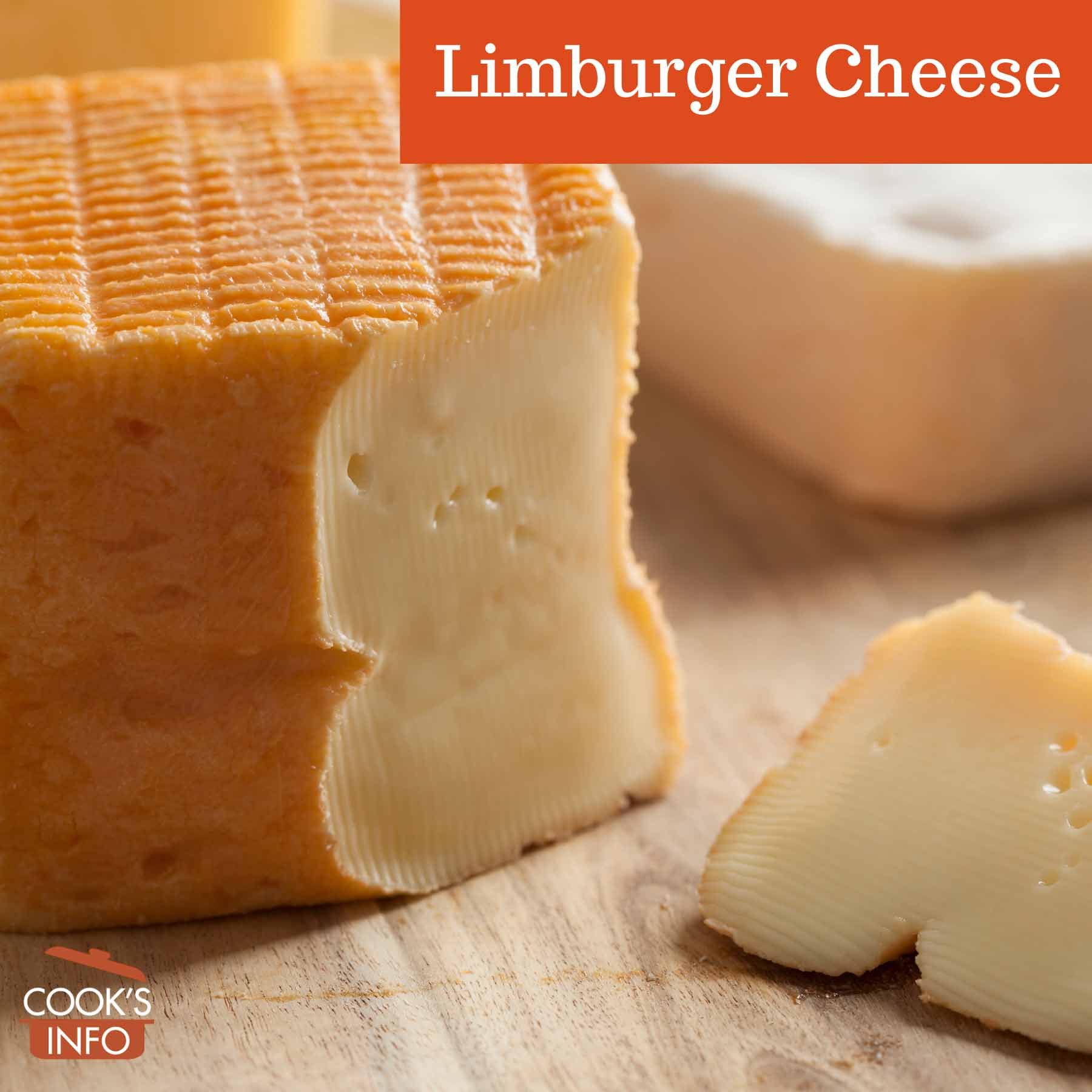 Limburger cheese is renowned for its aroma. Or as some say, “smell.”

Most of the smell is actually in the sticky, brownish rind, rather than in the actual cheese itself. The bacteria, “Brevibacterium linens“, which gives the rind its colour, also creates the smell, which has a strong, rotten odour to it.

Inside the rind, the cheese is semi-soft and ivory coloured, with a taste that is far from bland — it has a tang to it — but that is quite mild compared to the aroma of the rind. 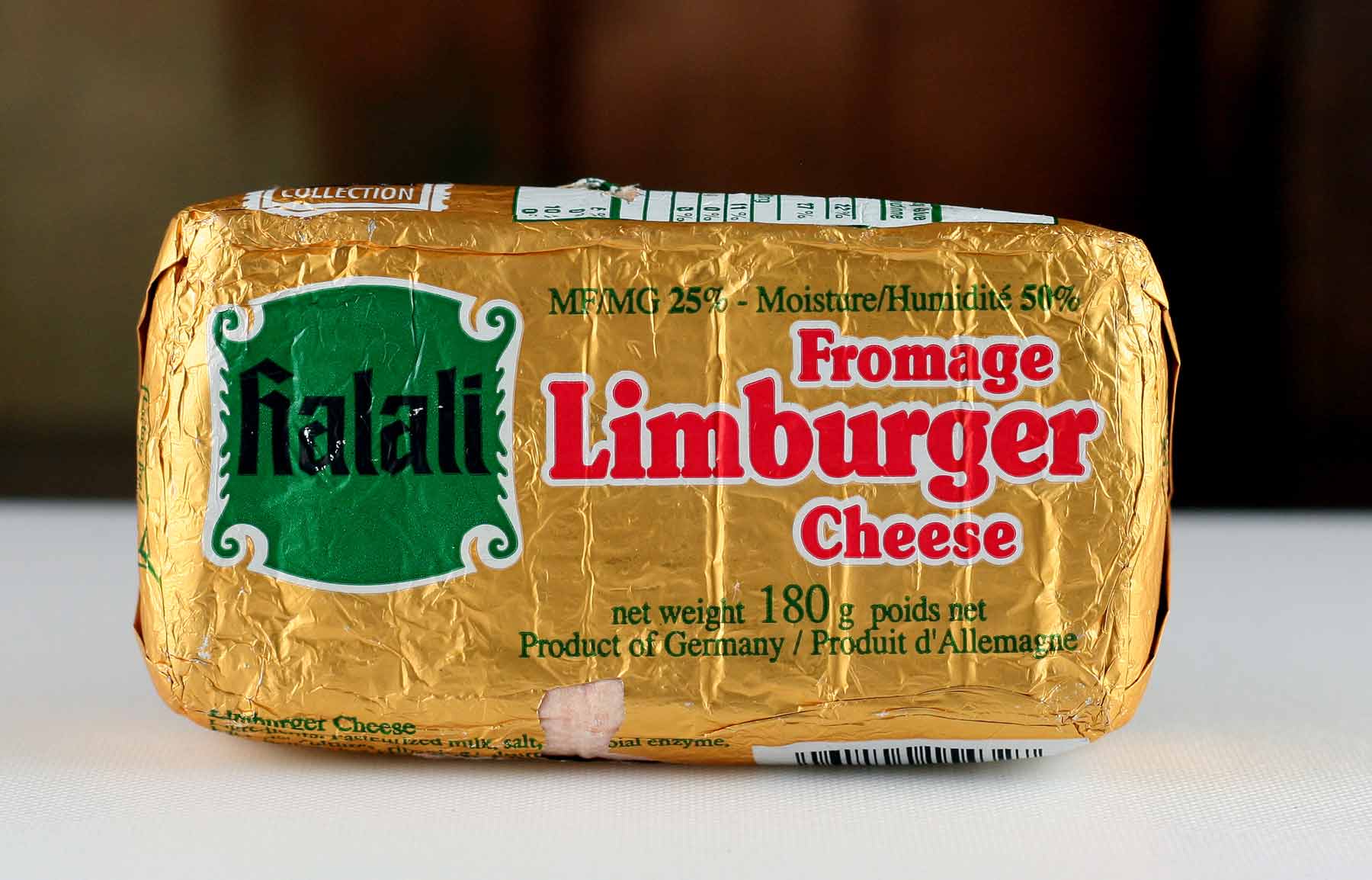 To make Limburger, cow’s milk is pasteurized at 72 C (161 F), then cooled down to 30 C (86 F). Bacteria and rennet are then added, then the curd is cut and the mixture’s temperature is raised up to 35 C (95 F). The curd is then put in moulds, salted, and let ripen for two weeks. Then it is transferred to longer term storage where it is aged between 1 ½ and 3 months. During this time, the surface is smeared several times with a yeast and bacteria solution, and brine washed. During this time its colour and aroma develops.

The fat content can be between 20 and 50 per cent.

Though for all intents and purposes this is now rightly seen as a German cheese, Limburger was first made in Belgium by Trappist monks near Liege and sold in the market town of Limburg. Germans started making it later, and really took to it. 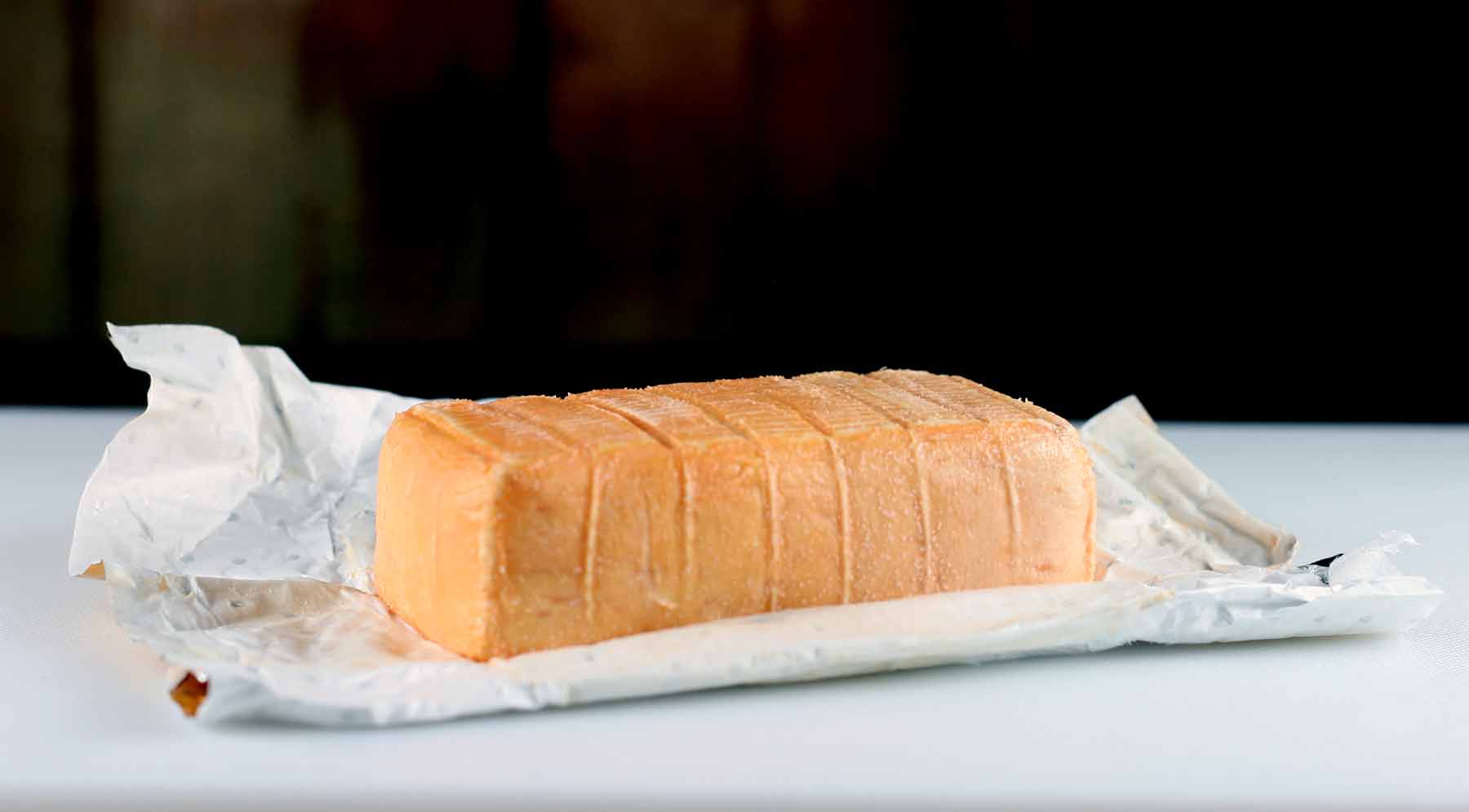 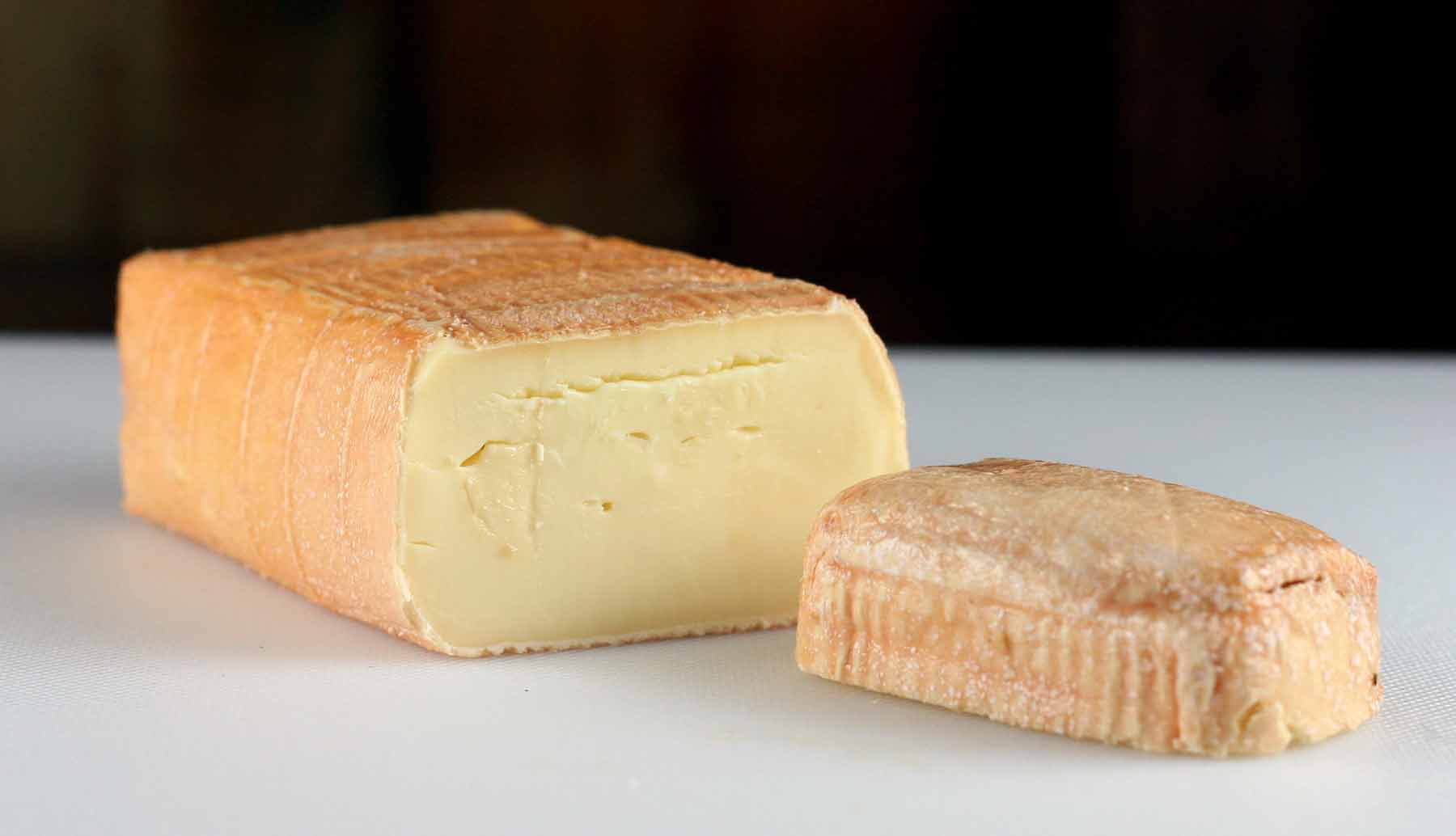 This web site generates income from affiliated links and ads at no cost to you to fund continued research · Information on this site is Copyright © 2023· Feel free to cite correctly, but copying whole pages for your website is content theft and will be DCMA'd.
Tagged With: German Cheeses, German Food, Smear-Ripened Cheeses, Surface-Ripened Cheeses