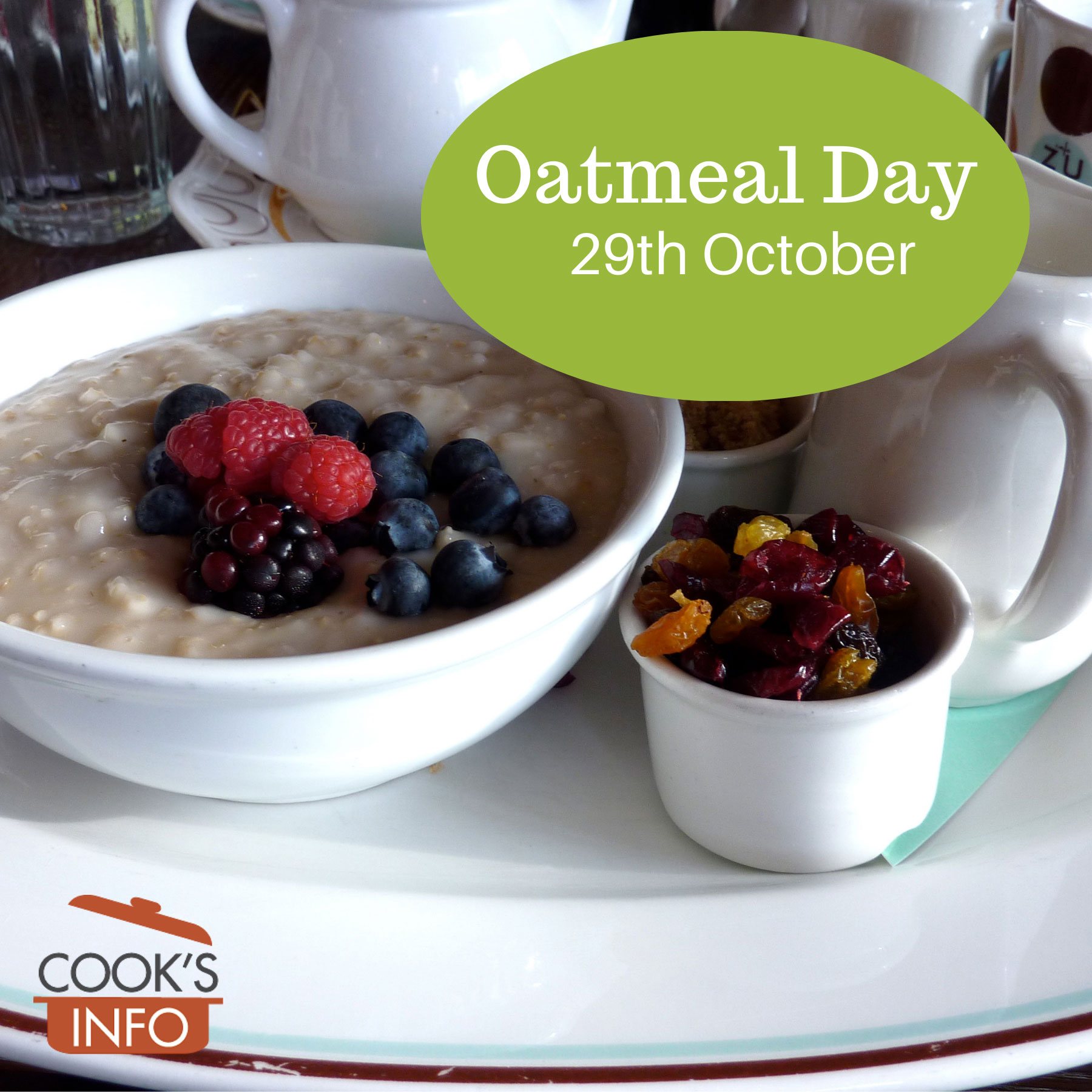 Today, you may wish to have oatmeal porridge or granola for breakfast, oatmeal cookies at lunch, or use oatmeal as a crumble on a casserole at dinner. Or what about an oatmeal face mask?

Other opinions as to when Oatmeal Day falls:

It’s uncertain why someone decided to place Oatmeal Day in October, given that just about everyone agrees Oatmeal Month is January. Quaker started promoting January as Oatmeal Month in the early 1980s. January is the top-selling month for oatmeal in the northern hemisphere — small wonder, with the dead of winter setting in.

But, Quaker seems to have got on board with the October date for the day:

The earliest mention that Cooksinfo has found in print was for an Oatmeal Day at a school on 31 January in 1989. “Third graders will celebrate ‘Oatmeal Day’ with an oatmeal bar in the morning.” [1]In The Schools. Winchester Star. Saturday. 28 January 1989, Winchester, Virginia, United States Of America. Page 26, col 3.

Learn more about the many different types of oats. 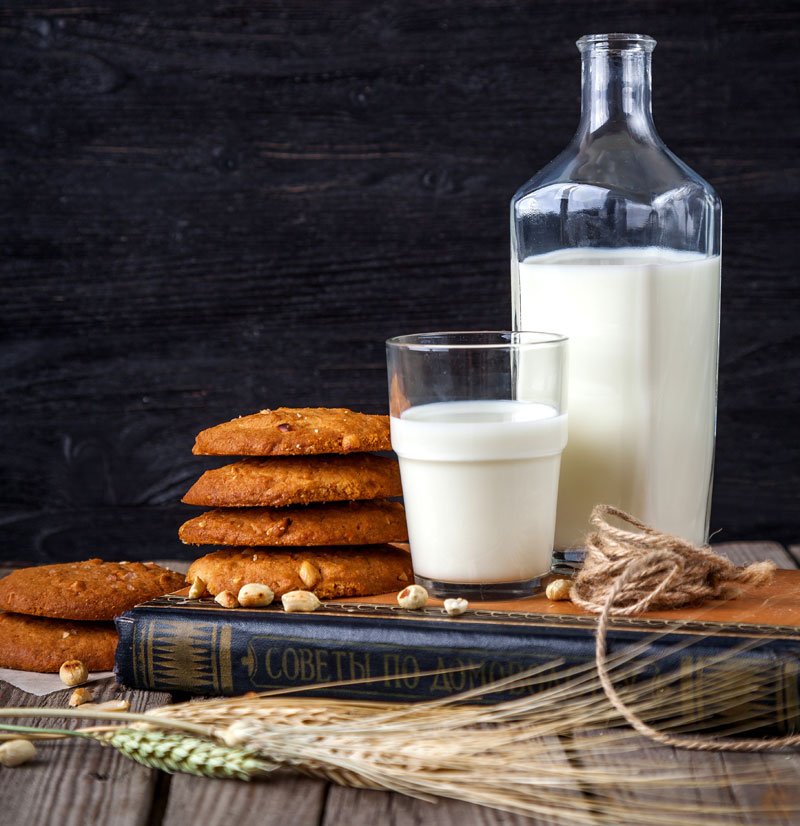