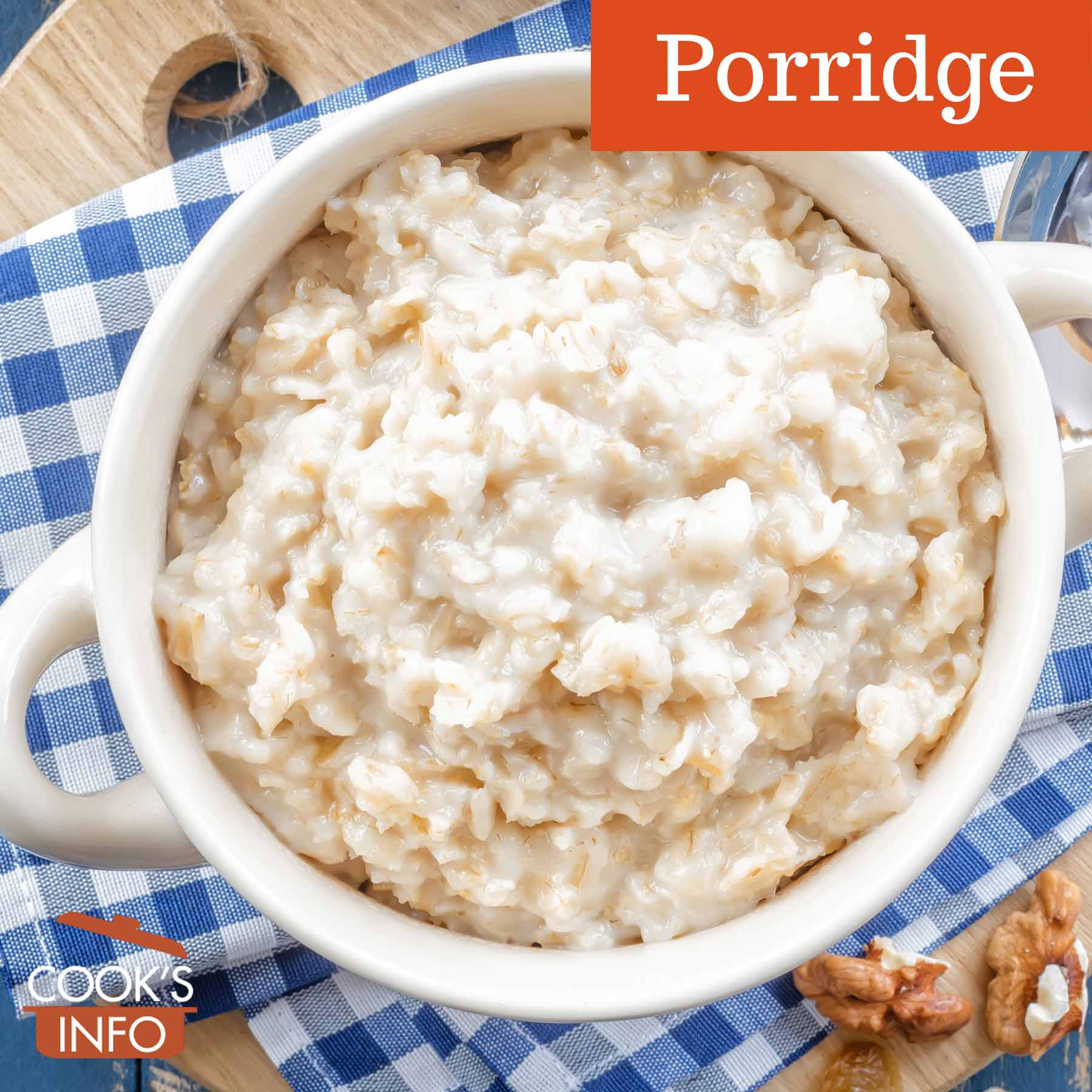 Porridge is a dish of stewed grains.

Though porridge can be made from any grain, oats are the most commonly used. Whenever someone just says “porridge” in the West, you can assume she or he means “oatmeal porridge” unless otherwise specified.

In Africa, porridges are made from pearl millet , sorghum, cassava or yam starch.

A famous variety of porridge that doesn’t even use a grain is “pease porridge.”

In Scandinavia, porridge is more likely to be made of finely-ground grains, even flours, or if whole grain, barley.

Porridge is also very popular in Jamaica. Street vendors there even sell it by the cup. There, coconut milk is sometimes used in place of cow’s milk to garnish the porridge.

The Scottish preference for oatmeal porridge is the one that dominated in English speaking countries, to the extent that in the United States, the word “oatmeal” is often used interchangeably with “porridge.”

Temperature is an important element of the dish. Many a child has been turned off porridge for life by being served a bowl which was a cold, lumpy, coagulated mass. That being said, thick porridge can be allowed to cool, moulded and then cut up for eating.

To make porridge, the grain has to be hulled or broken first, then cooked in a liquid until soft. A wooden implement called a “spurtle” was traditionally used in Scotland to stir it.

Oatmeal porridge in the United States today is usually made with rolled oats, because oats other than rolled oats have to be cooked longer. Some porridge fans, though, prefer steel-cut oats, which give a chewier texture. Opinions vary as to whether the oats should be added to the water all at once at the beginning, or a little at a time.

Toppings can get quite imaginative: sliced banana, toasted walnuts, and fancy sugars. It could be hard to form any kind of consensus on the best toppings.

One superstition in Scotland held that if you stirred the porridge counter-clockwise (“widdershins”), you would call up the devil.

An award called “The Golden Spurtle” is given annually in Carrbridge, Scotland to the person deemed to be that year’s World Porridge Making Champion.