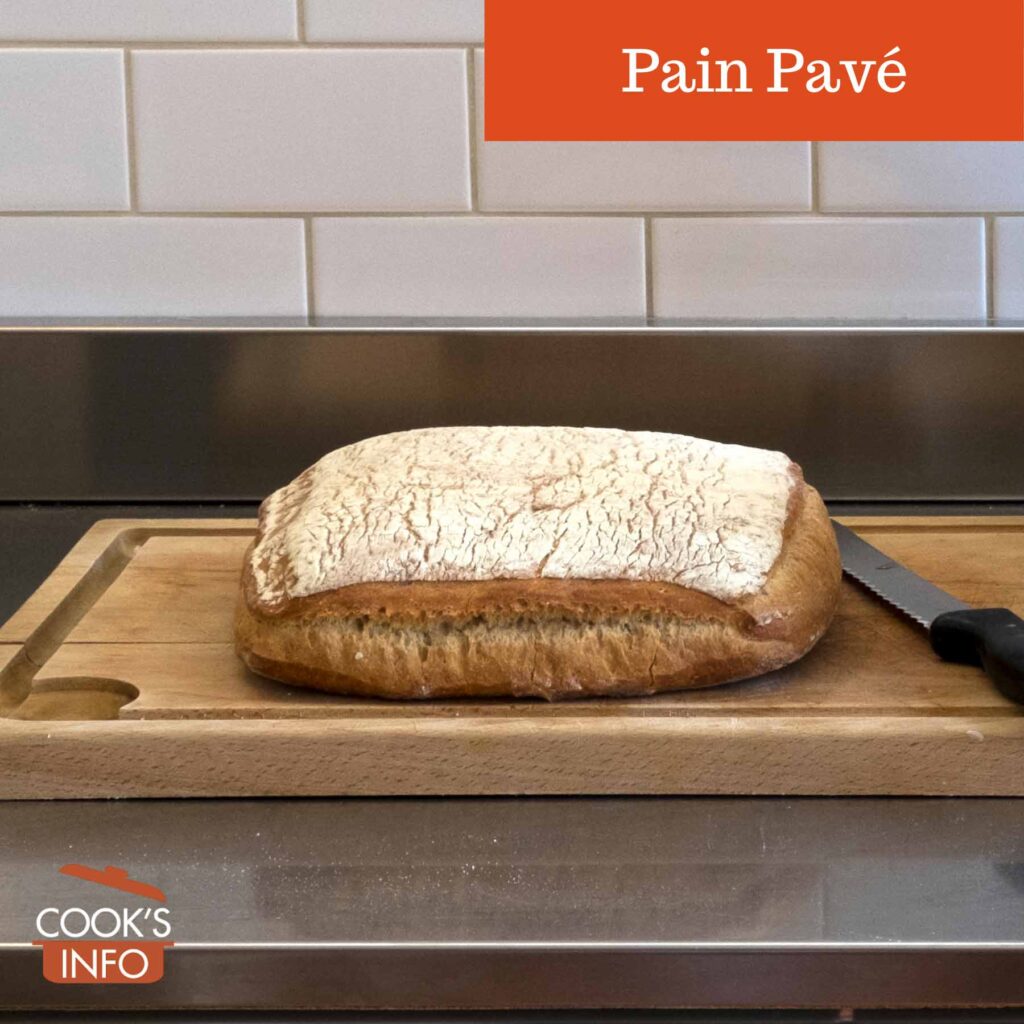 Pain Pavé on a bread board. Christ At / Getty Images Signature via Canva Pro.

Pains pavés are French rustic white wheat breads, often smallish, that are usually flattish, slightly rounded on top, and not very tall, so that they look vaguely like a cobblestone.

Some bakers, though, use the term pavé also for a bread that has risen a bit more and is irregularly-shaped, or for larger loaves. The term is not regulated, so what bakers and grocery stores use it to mean may continue to stretch and evolve.

Traditional pain pavé is based on a dough starter, traditionally rye. It is allowed to rise three times, an hour each time.

The resultant breads have a honeycombed, cream-coloured crumb with a slightly acidic flavour and a thick crunchy crust.

Some versions include malted wheat flour now in the base ingredients, and mix in walnuts and / or sunflower seeds as well.

Pain pavé is particularly popular in Provence in the south of France, and in Ardennes in north-eastern France.

It is often served with olive oil as a dip.

This web site generates income from affiliated links and ads at no cost to you to fund continued research · Information on this site is Copyright © 2022· Feel free to cite correctly, but copying whole pages for your website is content theft and will be DCMA'd.
Tagged With: French Breads