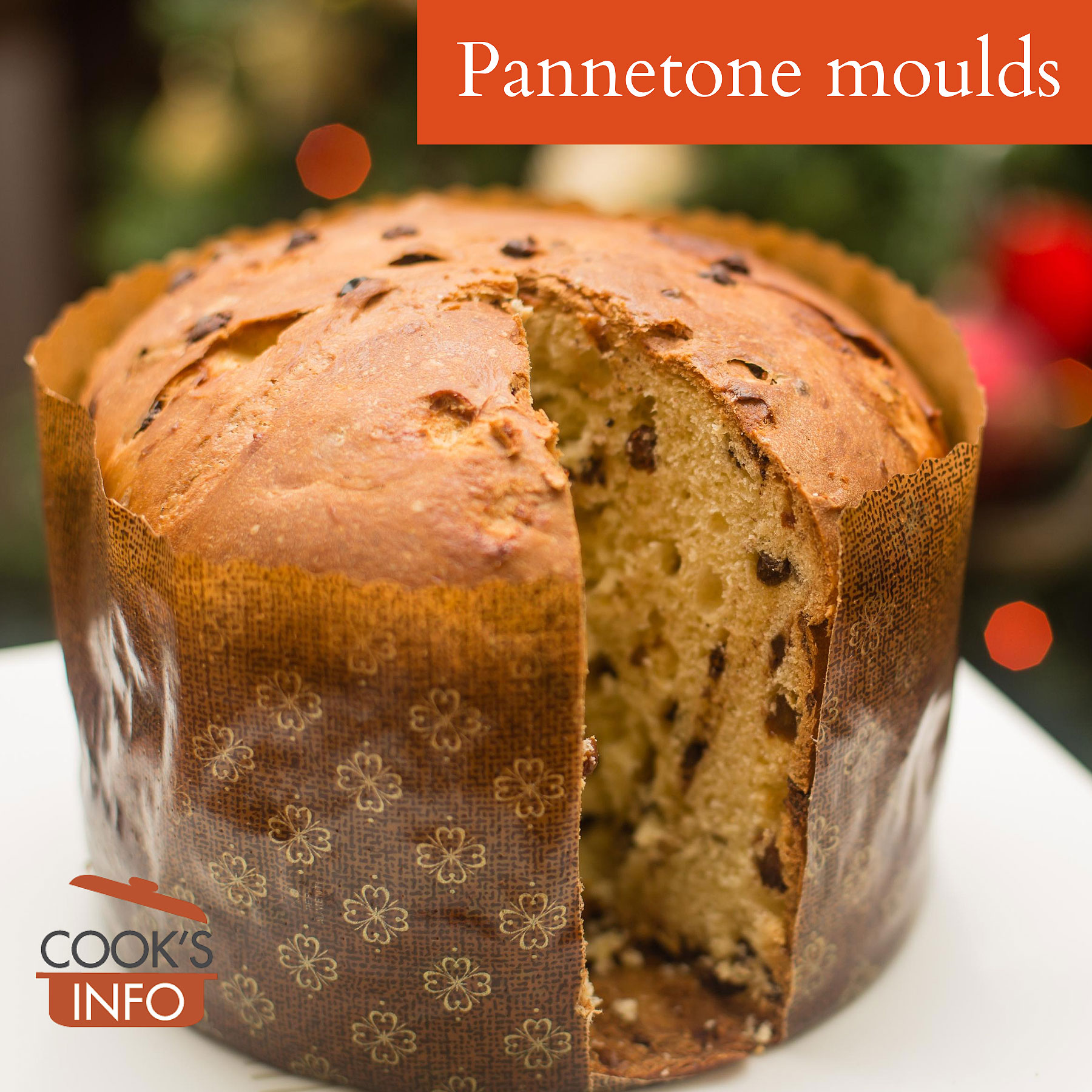 Panettone moulds are baking moulds with very high sides in which the Italian Christmas bread called “panettone” is baked.

Older metal ones were sometimes fluted, but now they seem to be mostly straight-sided, often having release latches the same as is seen on spring-form pans. Tin ones are not dishwasher safe.

You can also get disposable ones made of stiff parchment paper . These appear to only come in a straight-sided form.

You can also get both metal and paper in a bird shape meant to be a dove (“colomba”).

There are many different sizes available. You can even get miniature ones.

A panettone is unmoulded from the metal moulds after baking. It can be left in the paper ones, and be sliced for serving right through the paper.

Grease metal ones before using.

16-oz (500 ml) coffee tins buttered, lined with waxed or grease-proof paper, and then with that paper buttered as well. Or, a charlotte mould, or a narrow, tall soufflé dish.