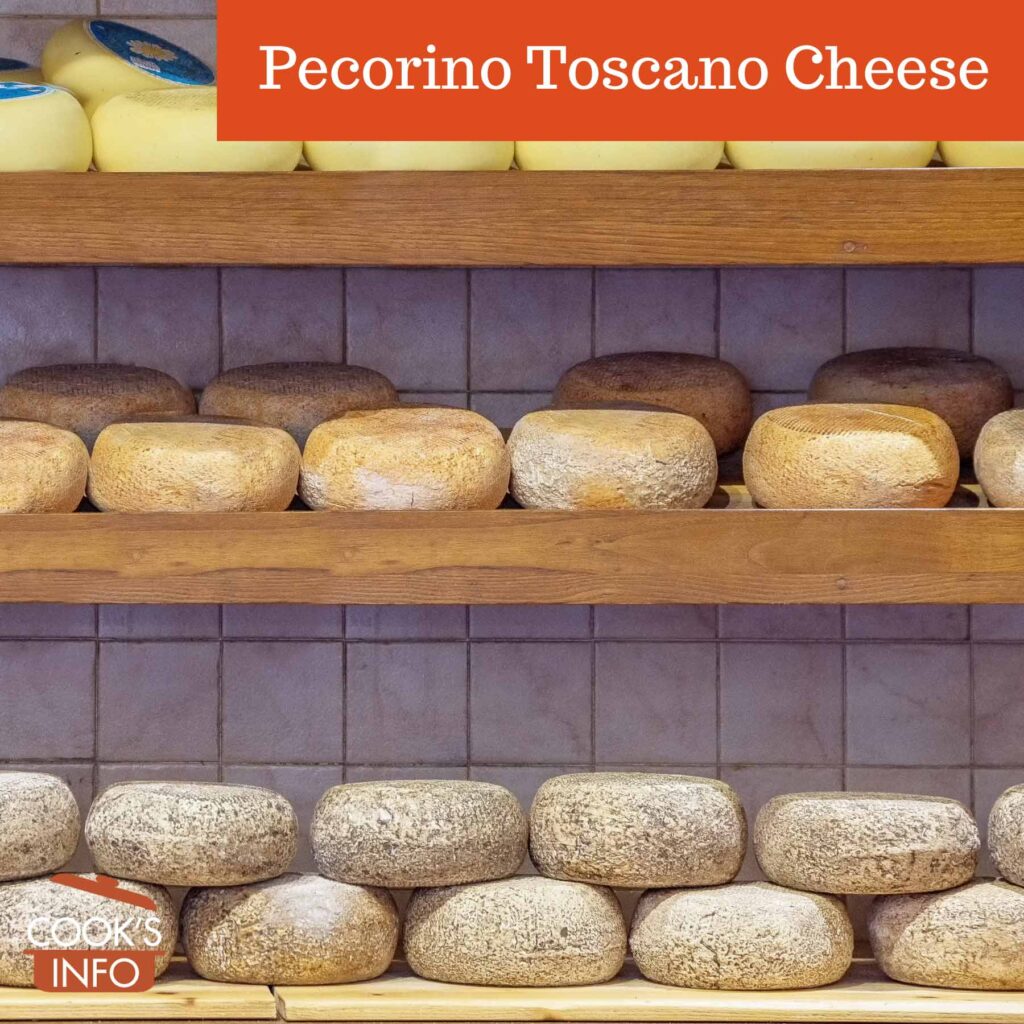 Pecorino Toscano cheese is a Pecorino cheese from Italy that has a milder taste than Pecorino Romano.

It is made from sheep’s milk that is heated but not to the point of being pasteurized. It is then curdled with rennet, put in moulds and pressed. The cheese is then removed from the moulds, and salted or soaked in brine (sometimes the cheeses are also steamed.)

It is made in smaller wheels (about 18 cm round /7 inches) than other Pecorino cheeses.

The young ones are aged at least 20 days; the old ones are aged for a minimum of 4 months. It’s only made between September and June, when the sheep are producing milk.

The whey run-off from the curds is used for ricotta.

Pecorino Toscano can be grilled on a barbeque in thick slices. It’s one of the best Pecorinos to serve as pieces of cheese, as opposed to grated.

For the hard version, you can substitute Parmesan, Asiago, Grana Padano or any Pecorino Cheese.

Pecorino Toscano got its Italian Denomination of Origin certification in 1986. 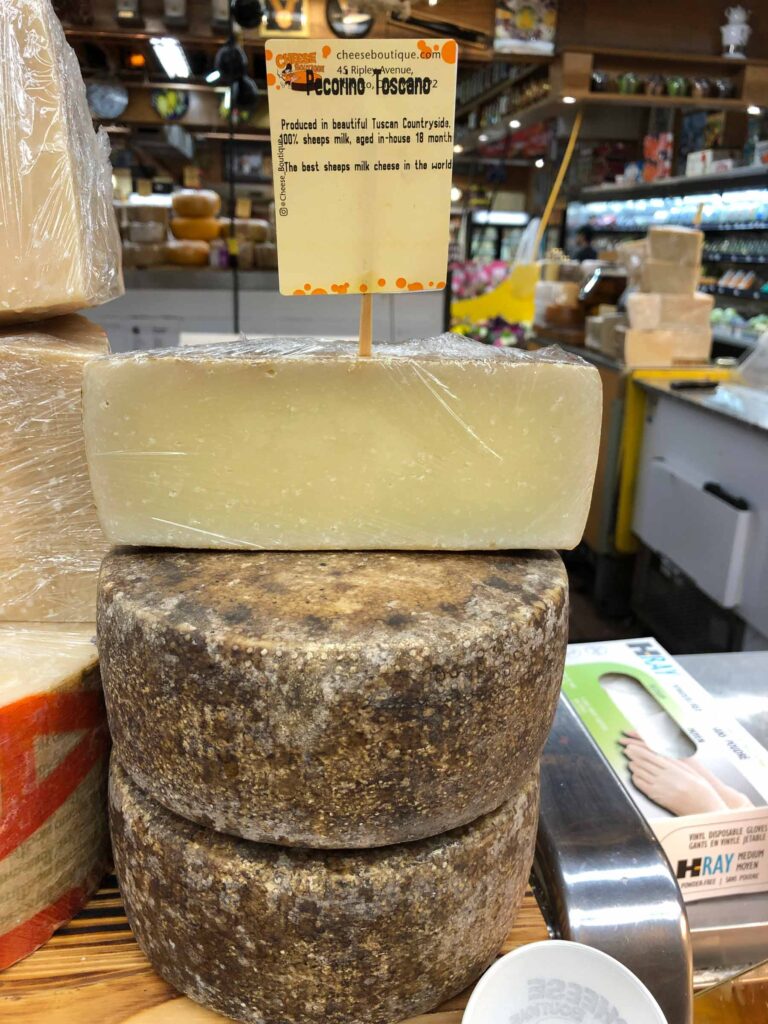 This web site generates income from affiliated links and ads at no cost to you to fund continued research · Information on this site is Copyright © 2022· Feel free to cite correctly, but copying whole pages for your website is content theft and will be DCMA'd.
Tagged With: Extra-Hard Cheeses, Italian Cheeses, Tuscan Food