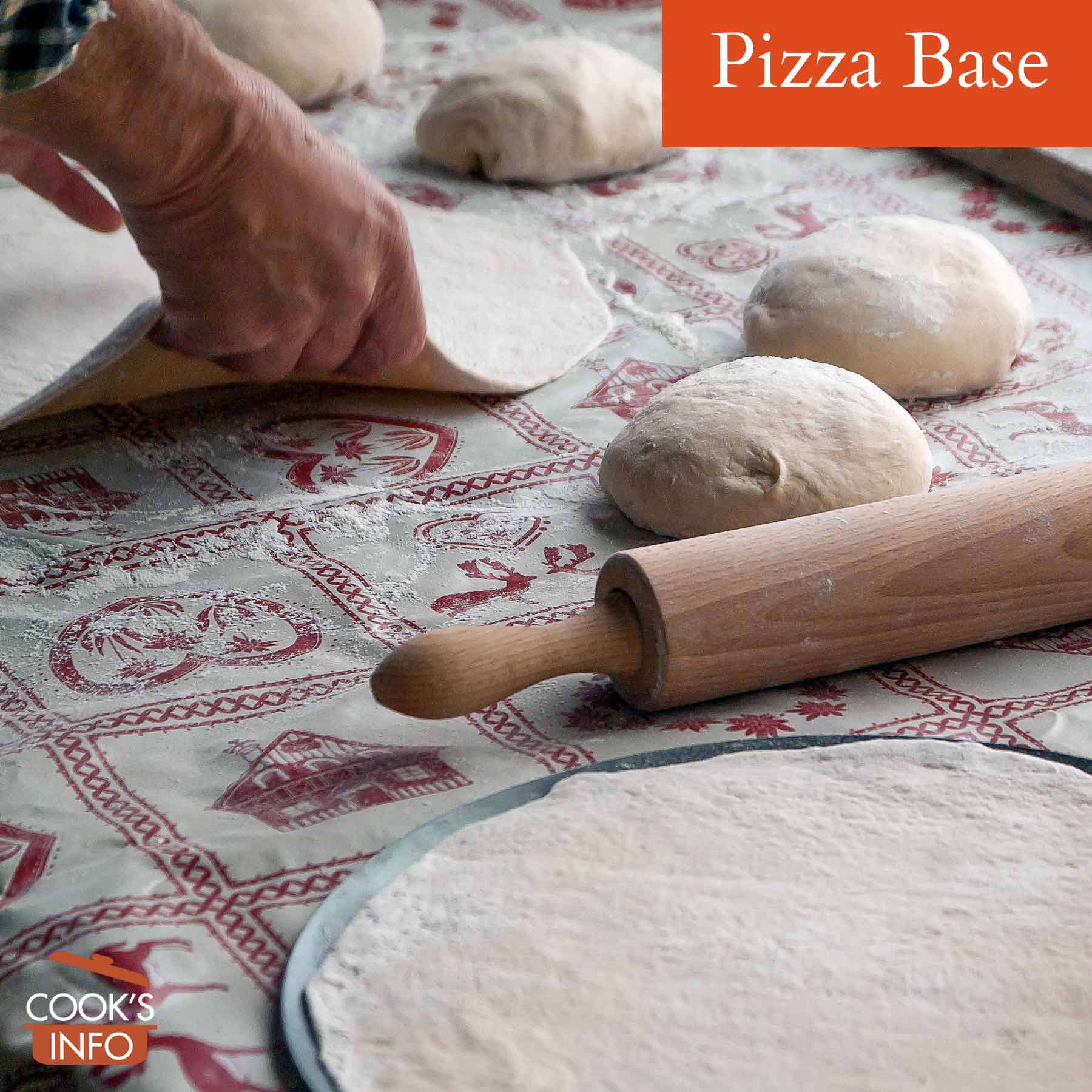 A pizza base is the bottom crust upon which a pizza is formed.

Typically, it is formed from a raw, rolled out dough made from wheat flour. It can also be a raw dough made from other non-grain ingredients, or a pre-cooked dough base such as a foccacia, a pita, etc.

Unless a recipe specifies otherwise, a pizza base means raw dough made from wheat flour.

The pizza toppings are placed on top of the base, forming the pizza, and then the assembled item is baked.

The debate may never end as to what is the best pizza dough recipe, which ones are the most authentic, whether cornmeal should be used on the bottom of the crust or not to prevent it sticking, and whether the base should be placed and cooked on a stone or in a pizza pie pan.

Interesting as these facts may be, never let anyone beat you over the head with them: the bottom line is that pizza has evolved far past the municipal borders of either Naples or Rome to become an international food, with many variations. Besides, modern pizza is itself an evolution from a style of bread made by the Greeks and Romans.

Don’t make the mistake of using a high-protein flour in making a pizza dough. If you use a bread (strong) flour whose protein content is about 14%, you’ll have a devil of a time rolling out the pizza dough, and it will spring right back on you. And, after cooking, while it will be fine right out of the oven, it will quickly toughen up on you.

Making pizza dough for a base is a snap in a bread machine. You can also buy pizza dough mixes, or bags of fresh or frozen ready-to-use dough.

Pizza was made in southern Italy by the Romans and the Greeks there before them. They made it with unleavened dough and treated it as a bread with toppings. Toppings included oil, herbs, onions and garlic.

Towards the end of the 1700s in Napoli, pizza emerged more as a dish in its own right, and not a just bread off to the side of a meal. It acquired tomatoes around the same time.

The word “pizza” comes from words used in Napoli, Italy: “picea” around 1000 AD, which then later became pizza.

This web site generates income from affiliated links and ads at no cost to you to fund continued research · Information on this site is Copyright © 2022· Feel free to cite correctly, but copying whole pages for your website is content theft and will be DCMA'd.
Tagged With: Dough, Italian Food