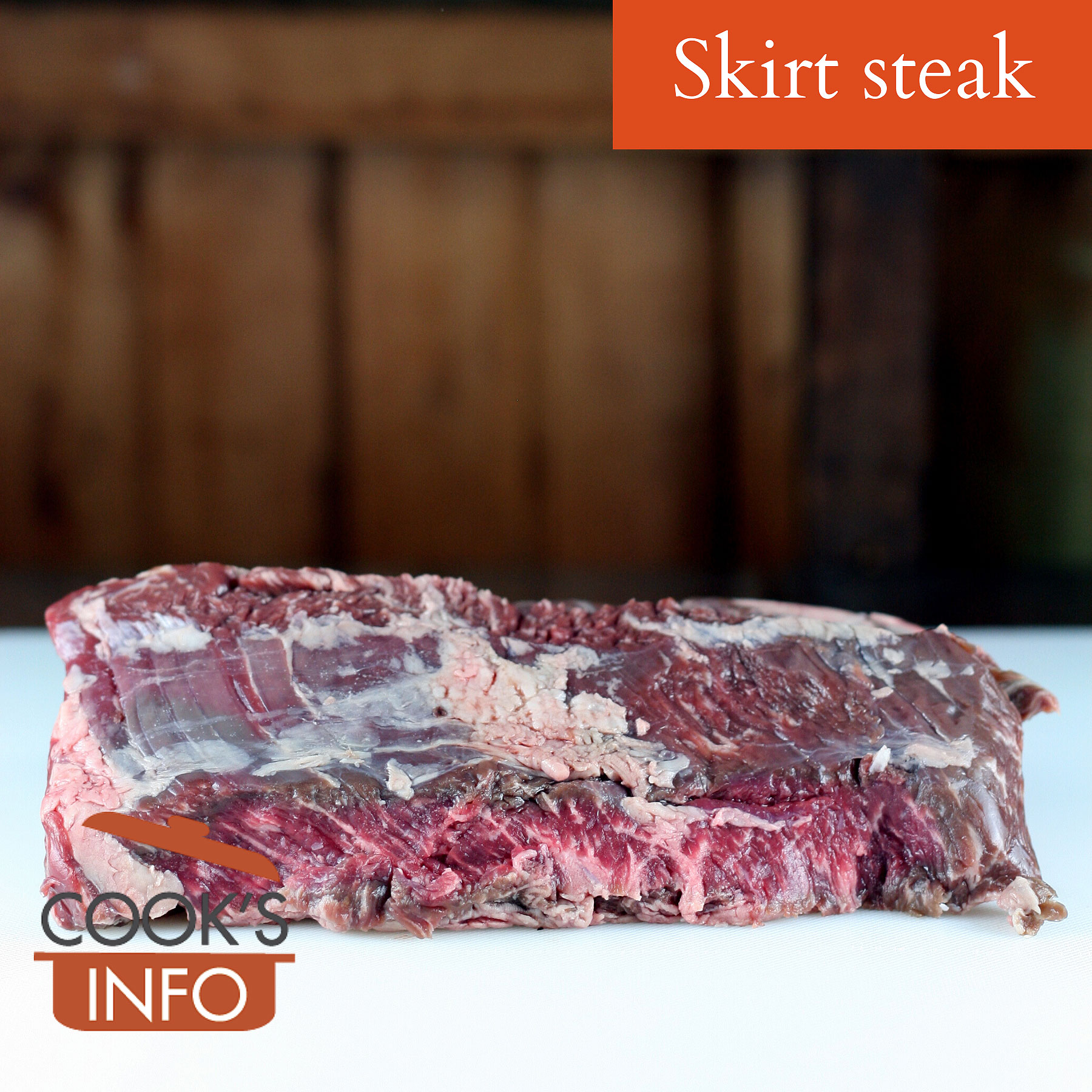 Skirt steak is a long, thin, flat, boneless, tough piece of meat that was the cow’s diaphragm muscle in the beef plate area. The coarse grain runs across the strip rather than lengthwise. The cut has abundant marbling, so it cooks up with good flavour.

Traditionally, skirt steak has come from the flank, and it still does in the UK. In North America now, however, the United States Department of Agriculture and Agriculture Canada consider that skirt steak comes from the plate area. But butchers and consumers in North America aren’t yet all towing the government line and still seem to think of it as a flank cut.

There are actually two distinct muscles, the inside and the outside. The inside skirt will weigh approximately 0.9 kg (2 lbs); the outside skirt, 0.8 kg (1.75 lb).

“A thin, narrow piece from the plate, skirt steak is similar to a flank steak in texture and quality. Rich in flavor and quick-cooking, it is a pleasant change from some of the more familiar steak cuts. It is sometimes rolled and skewered for broiling, but normally it is broiled flat and carved as one does a flank steak. It lends itself nicely to marinating and seasoning.” [1]Beard, James. American Cookery. Boston, MA: Little, Brown and Company. 1972. Page 261.

In the American Southwest, where “fajitas” were “invented”, fajita connoisseurs consider skirt steak the only real meat to use for fajitas. Given though that each cow only has one skirt steak, there haven’t been enough of them to match the spreading popularity of Mexican food and Tex-Mex food, so flank steak is now often used as well.

Skirt steak is very popular in Argentina, where it is known as “entraña.” 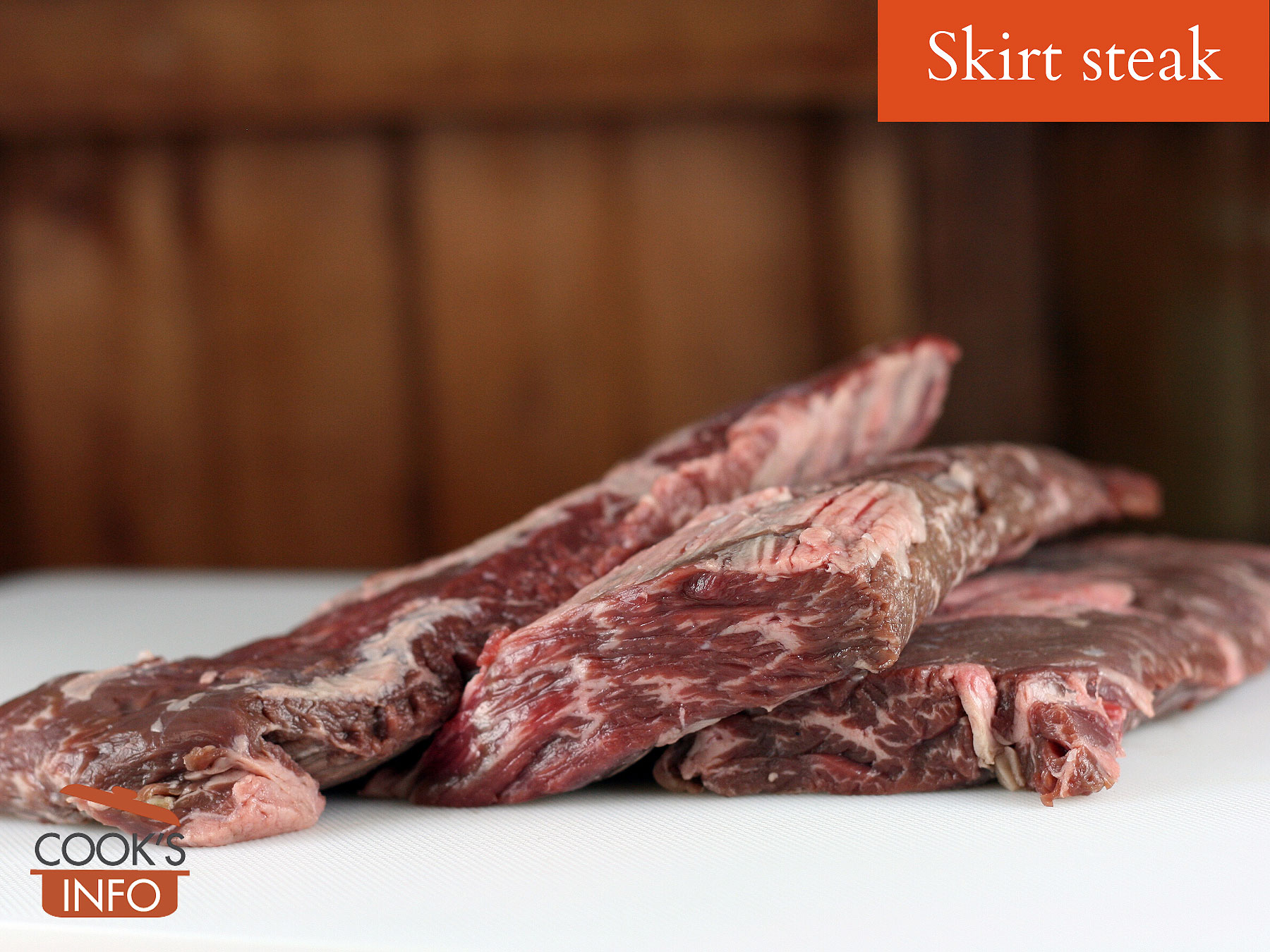 Skirt steak can be braised, but it can also be grilled or barbequed: first marinate it up to 4 hours to develop flavour, cook to rare, then carve diagonally against the grain into thin slices. Like this, it is used in making “fajitas.” After cooking and before serving, cut off and discard the fatty membrane on both sides.

To cook it the Argentine way, first trim off the silver skin, then rub heavily with sea salt. Let rest for half an hour, then put on hot grill over medium-high heat for 8 to 12 minutes until medium-rate. Remove from heat, let rest 5 minutes, then slice thinly and serve with chimichurri sauce.

This web site generates income from affiliated links and ads at no cost to you to fund continued research · Information on this site is Copyright © 2022· Feel free to cite correctly, but copying whole pages for your website is content theft and will be DCMA'd.
Tagged With: Beef Plate, Beef Steaks, Steak