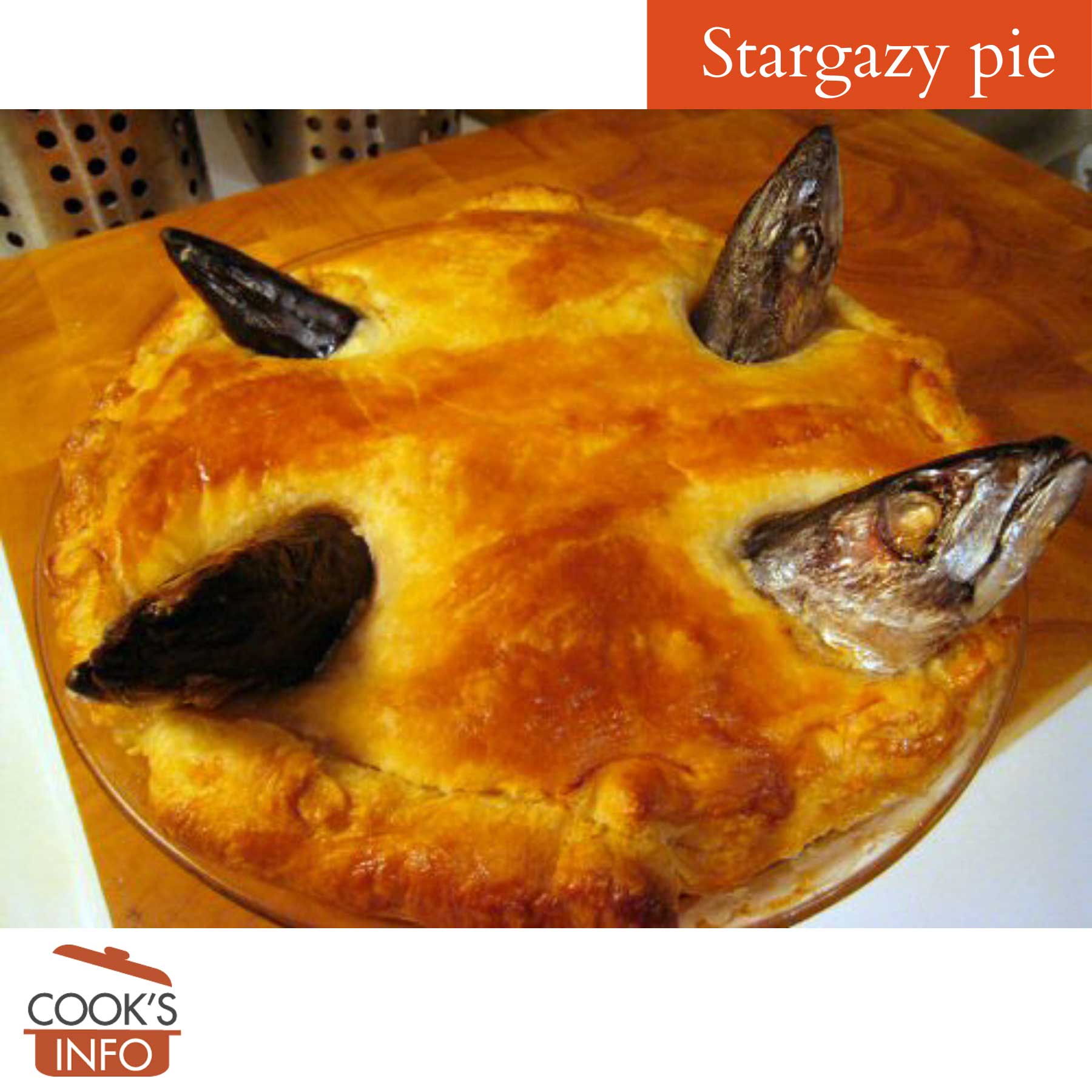 Stargazy pie is a fish pie made in Mousehole, West Cornwall, England, near Penzance.

The pie has a top crust. The heads of the fish (pilchards) are left on, and the fish placed in the pie so that their heads poke through holes in the crust, as though they are gazing up at the stars. One of the practical reasons for leaving the heads on is so that the juices and oil in the heads can drain back into the pie. You don’t eat the heads or tails of the fish in the pie; you just pick them out and discard them.

Some versions of the pie decorate the top of the pie with piecrust stars as well.

Occasionally, the top crust may be mashed potato instead of a pastry crust.

It is made for special occasions, and usually served with a sour cream sauce.

Children or anyone these days might be repelled by the sight of a single fish head, never mind a whole herd of them staring up at you. This pie, though, dates from a time were pilchards were so abundant off the coast of Cornwall that they were even hung whole on clotheslines. Fish heads would have been something you saw all the time. They used to be the biggest catch off the coast of Cornwall, but stocks declined at the start of the 1900s. 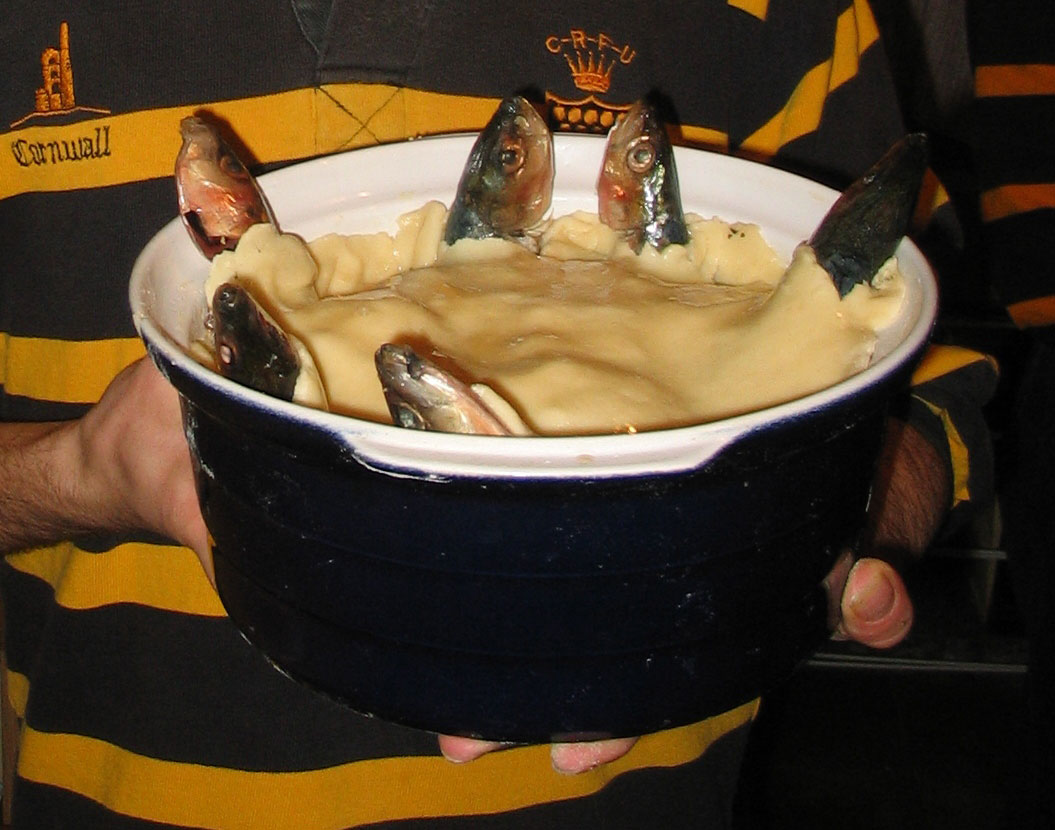 Stargazy pie, with sardines looking skywards before it is baked in the oven. Zangar / wikimedia / 2009 / CC BY-SA 3.0

“History records that [the Spanish] ransacked Mousehole, but not whether they learned the correct pronunciation of the hapless village: ‘Mouzul.'” [1]Wade, Alex. The Walk File: Mousehole, Cornwall. London: Financial Times. 10 Sept 2010.

Mousehole (pronounced “Mowzel”) is one of Cornwall’s most picturesque hamlets…” [3]Cornwall Online. Accessed December 2016 at http://www.cornwall-online.co.uk/westcornwall/mousehole.htm

This web site generates income from affiliated links and ads at no cost to you to fund continued research · Information on this site is Copyright © 2022· Feel free to cite correctly, but copying whole pages for your website is content theft and will be DCMA'd.
Tagged With: British Food, Cornish Food, English Food