×
You are here: Home / Archives for Bell Peppers 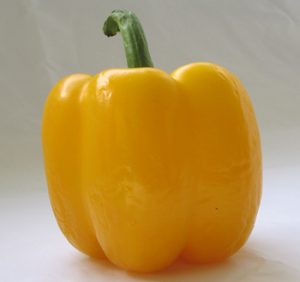 Bell Peppers © Denzil Green Bell Peppers are large sweet peppers that are usually somewhat square shaped with four ribs (sometimes called “lobes”.) They are bloated and hollow, with flat yellow seeds inside. They are the most commonly grown type of pepper in North America and in the UK. The Netherlands, Mexico, Dominican Republic and…

END_OF_DOCUMENT_TOKEN_TO_BE_REPLACED

This is a really flexible dish. You can serve it hot as a side dish, or refrigerate it and serve it cold as part of an antipasto assortment, or as a side-condiment to roasted meats. 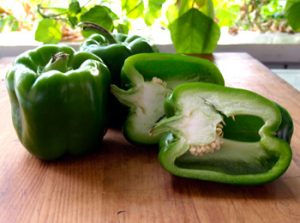 Green Peppers © Denzil Green Green Peppers are the large, green sweet bell peppers that are very common in North American and UK cooking. If a recipe calls for Green Pepper, this is the Green Pepper it means — as opposed to say, Jalapenos. There is more information on Green Peppers in the entry on…

END_OF_DOCUMENT_TOKEN_TO_BE_REPLACED

Most stuffed pepper recipes take hours just to make the filling; these you can have in the oven in under 15 minutes.

If a recipe calls for a “Red Pepper”, and doesn’t elaborate any further as to which type of Red Peppers, presume that it means Red Bell Pepper. Almost all Red Peppers are green bell peppers which have been left longer on the plant to ripen to red, making them a bit sweeter. They are more…

END_OF_DOCUMENT_TOKEN_TO_BE_REPLACED

Excellent to serve with barbeque. 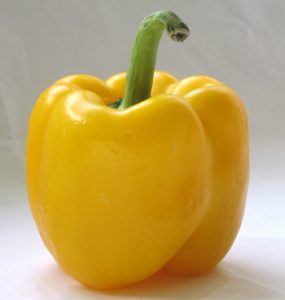