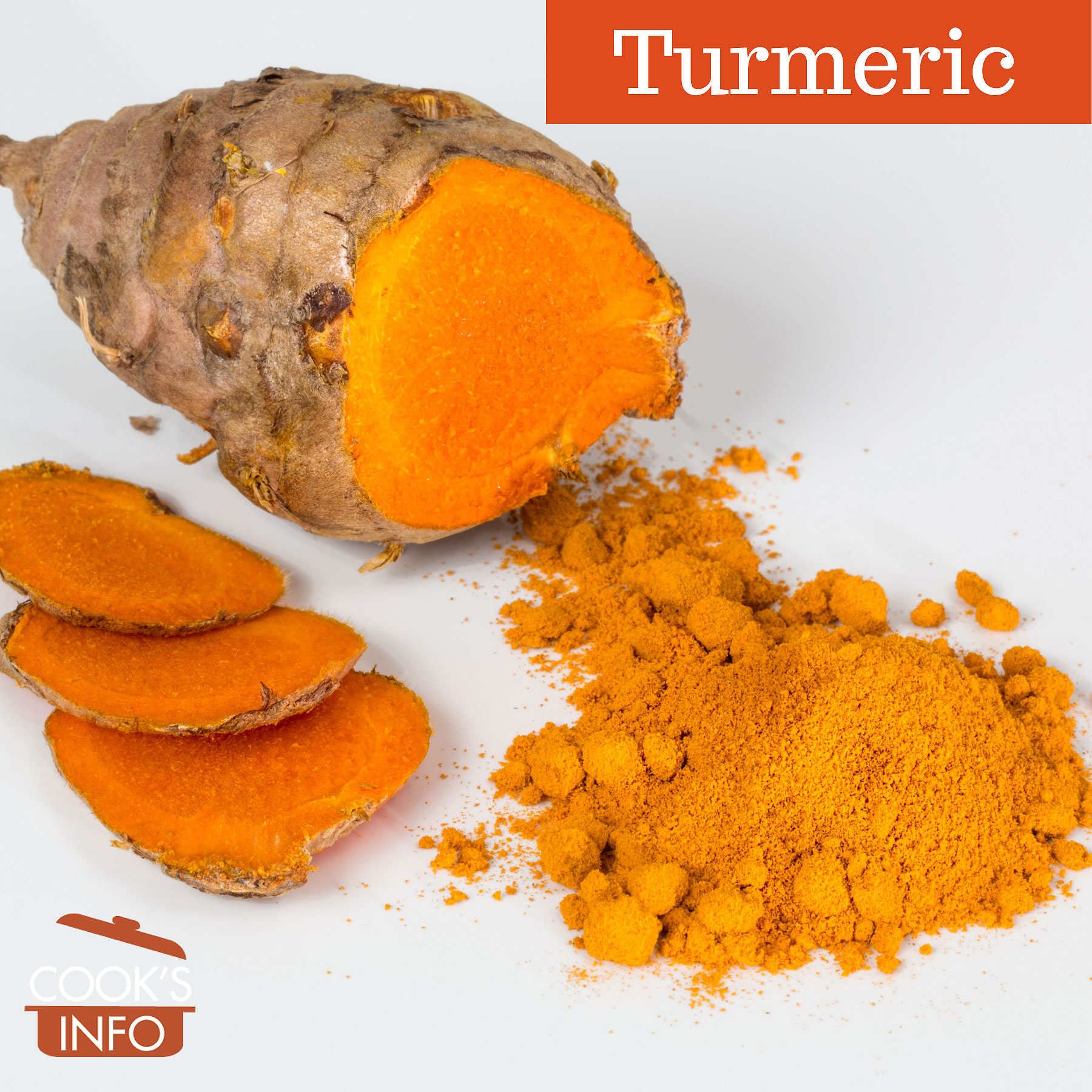 Turmeric, a member of the ginger family, grows as an underground stem, just like ginger, only in smaller, thinner pieces. It has a very mild flavour, tasting faintly like a mix of ginger and pepper. But it is used more for the colour that it gives to dishes (and to fingers, clothes and worktop surfaces), which is a brilliant yellow.

India produces most of the turmeric in the world, and 80% of what it produces gets used inside the country. Turmeric is used in India almost as commonly as we would use ground pepper. Turmeric is also present on the daily tables of North America; they just don’t know it. It’s what is used to make North American mustard that neon yellow.

Turmeric is sold as a yellow-orange powder. It can be used as a coloration substitute for the vastly more expensive saffron, though the taste is quite different, of course.

Fresh turmeric is orange; it turns yellow when dried. 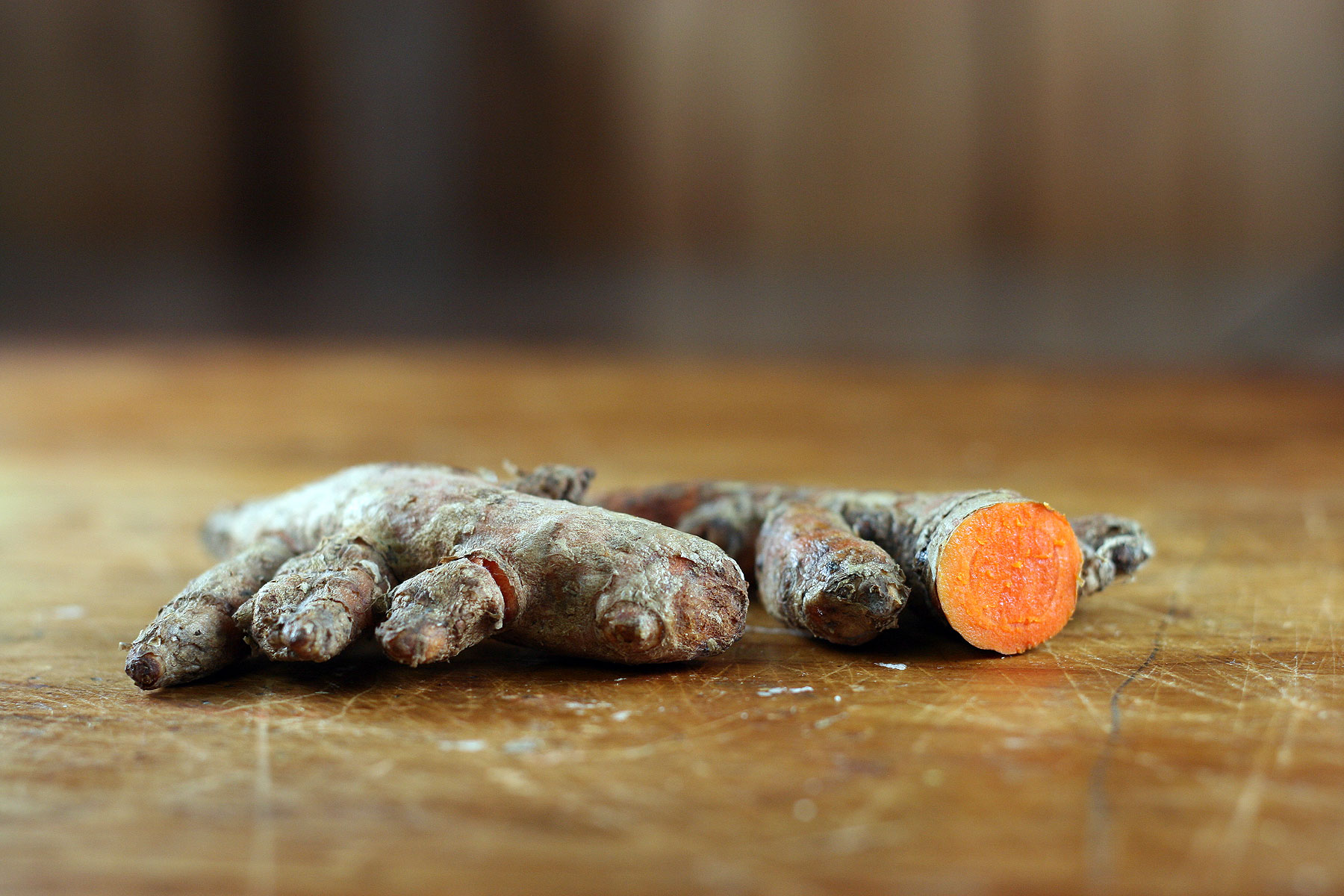 Keep turmeric off clothing as it will stain. Turmeric should be added early in the cooking process, so that its flavour mellows and becomes a bit less harsh.

Peel fresh turmeric before using. When peeled, grind in a blender with a little water.

A compound found in turmeric, curcumin, has been found to have beneficial active ingredients in lab in vitro testing, but whether those benefits that can be measured in a test tube will necessarily still be present after cooking, and happen in a human body, where so much else is at play, is still being investigated:

“Curcumin is a polyphenolic compound (just like flavonoids) found in turmeric, and in pre-clinical studies has shown antioxidant and anti-inflammatory effects… It should, however, be noted that it is not always clear how much of this in vitro antioxidant activity can translate to a health benefit, and it has been suggested that the possible health benefits of many foods rich in antioxidants might be dependent on multiple mechanisms… While curcumin is a molecule that could have multiple therapeutic applications, at the moment much of the evidence obtained on cell cultures and animal models needs to be verified in human clinical studies. So, it might be too early to say we found a new ally that could help us fight illnesses such as cancer or ulcerative colitis.

In any case, curcumin supplementation is recognized as safe – this might be due to the fact that it is poorly absorbed, and it is metabolized and excreted quickly. Ways to increase the availability of curcumin have been studied, and it is known that its absorption can be increased by combining it with another molecule found in spices such as black pepper, piperine.  [1]University of Turin. Superfoods: Myths and Truths. Herbs and spices: a different kind of superfood? Module 4.2. September 2020. Accessed September 2020 at https://www.futurelearn.com/courses/superfoods-myths-and-truths/4/steps/796844

Store in a dark place as turmeric is very sensitive to light (e.g. a glass spice jar on a shelf is just about the worst place for it.)

Turmeric is native to Asia; it has been cultivated in India for more than 4000 years. 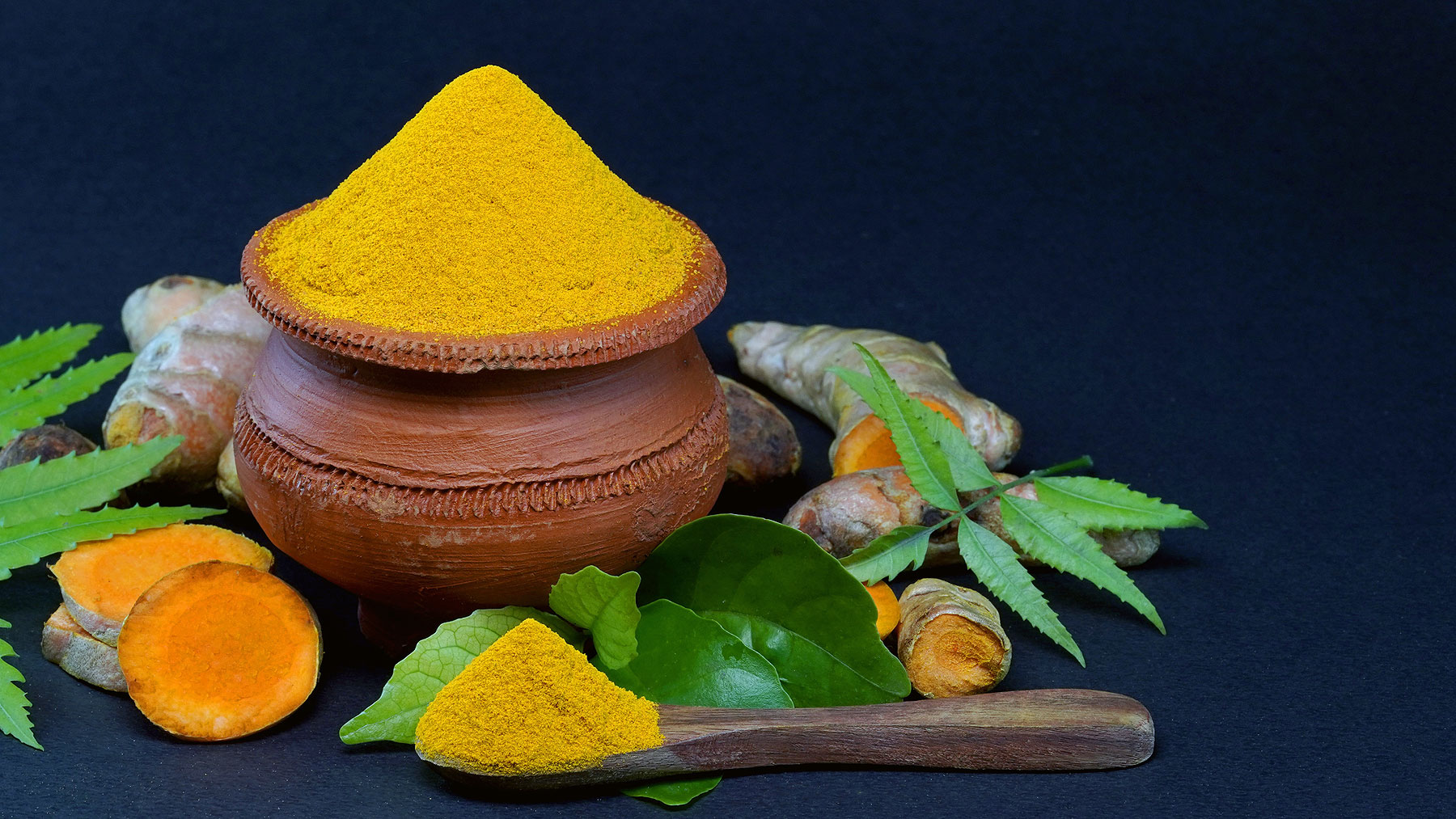 This web site generates income from affiliated links and ads at no cost to you to fund continued research · Information on this site is Copyright © 2023· Feel free to cite correctly, but copying whole pages for your website is content theft and will be DCMA'd.
Tagged With: Colourings