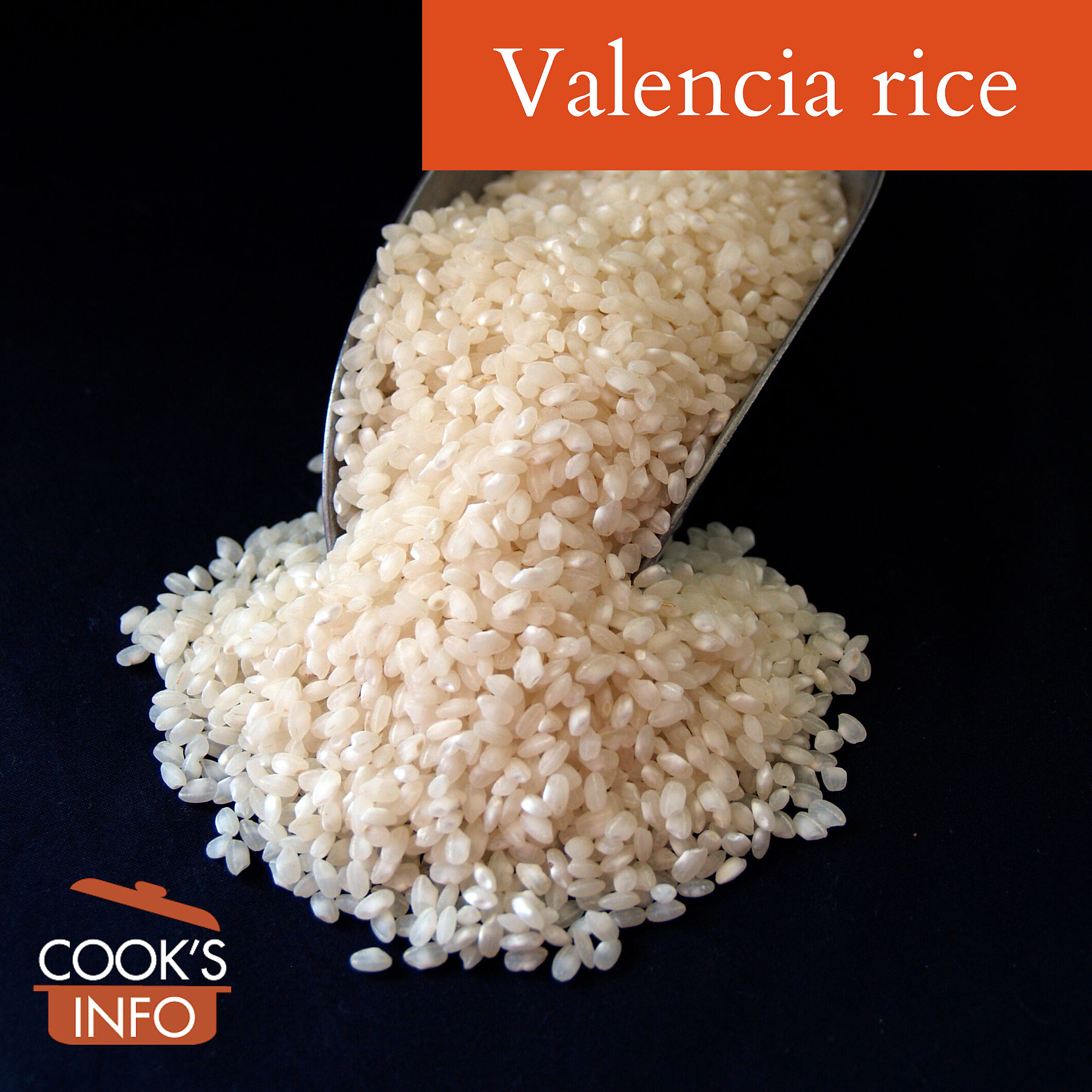 Valencia Rice is rice that is grown in Valencia, Spain. Valencia is a seaport in Spain; Valencia is also the name of the province that that city is in.

Note that the term is a geographic one, indicating a region of origin, rather than indicating a specific cultivar or variety of rice.

The most well-known rice cultivars that may be referred to as Valencia rice as Bahia, Bomba, and Senia. These are medium short-grain rices. All three have Spanish “Denominación de Origen” (“DO”) status.

Rice isn’t native to the Valencia area, or even to Spain for that matter. Rice appears to have been introduced by Arabs in the 800s. An entire ecosystem, however, has grown up around rice production now. The main growing area for Valencia rice is a marshland national park named Albufera. There, wildlife live amongst it and feed off it, and in return help to reseed the crops. The birds also keep down populations of insects such as mosquitoes which otherwise might thrive in the marshy land and cause malaria in nearby towns.

Note that only 6% of Spanish rice production is long-grain rice, much of which is grown in the Andalucía area.

Rice from the Valencia region is primarily known for its use in paella — thus the term is often used synonymously with paella rice. It can be used for many other things, though: croquettes, desserts, soups, stews, stuffings, etc, and specifically Arroz con Polla (rice with chicken), etc.

This web site generates income from affiliated links and ads at no cost to you to fund continued research · Information on this site is Copyright © 2023· Feel free to cite correctly, but copying whole pages for your website is content theft and will be DCMA'd.
Tagged With: Medium-grain rice, Paella Rice