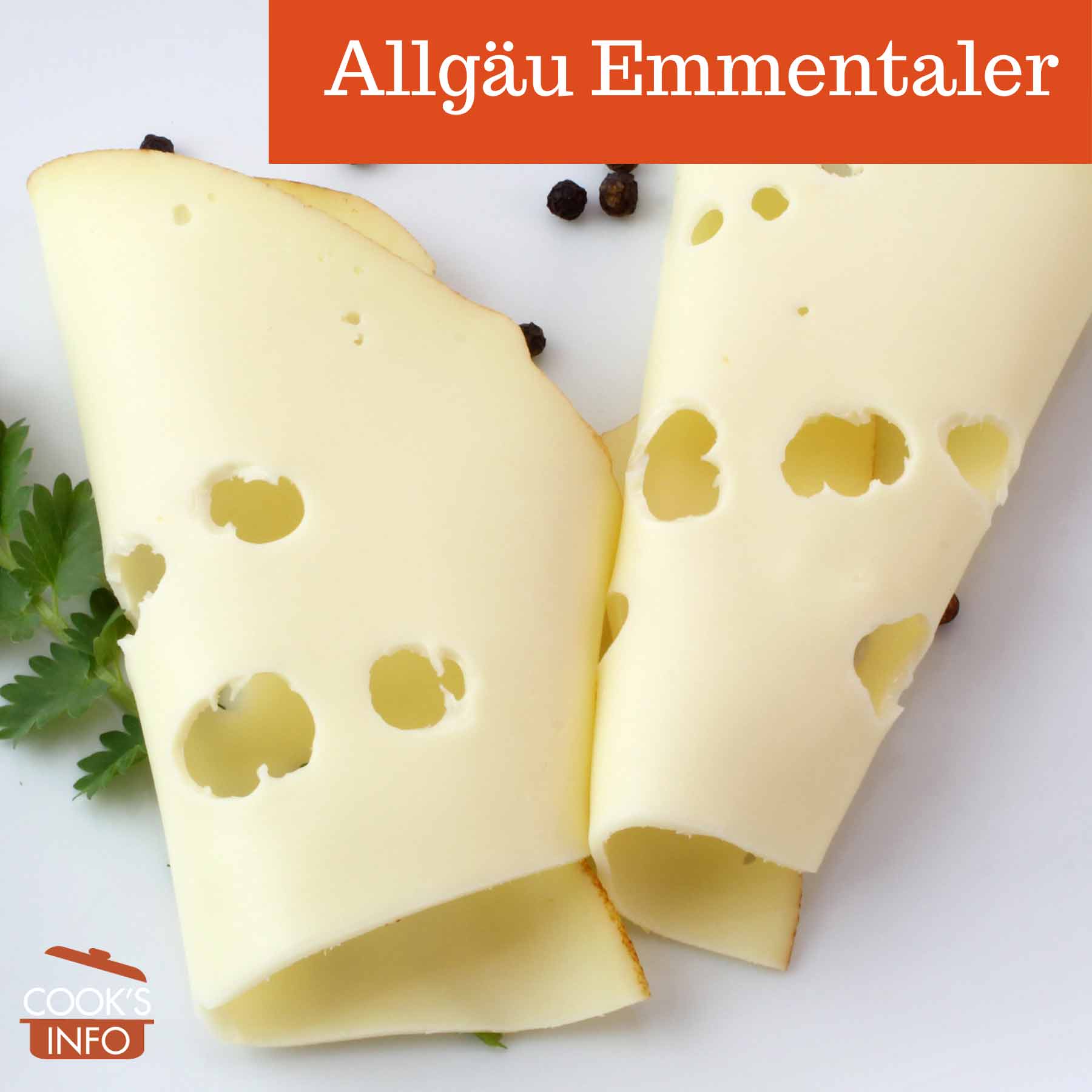 Allgäu Emmentaler is a yellowish Bavarian cheese with large round eyes that are anywhere from 1 to 3 cm (½ to 1 ½ inches) wide.

Allgäu Emmentaler has a smooth rind, and is mild tasting when young; stronger when aged.

In grocery stores it is often now sold sliced in packages for sandwiches.

Allgäu Emmentaler is made from unpasteurized cow’s milk, using milk from the morning’s milking along with milk from the previous evening. The milk is heated to a range of 29 to 31 C (84 to 88 F.) Starter cultures and calf’s rennet are added, and the milk is allowed to curdle for 30 minutes. The curd is then cut, and heated to 50 to 52 C (122 to 125 F) and stirred. The curd shrinks as more whey leaves it. The curd is then moulded in steel mesh baskets, and pressed for a day, during which time it is turned several times. Then it is submerged in brine for 2 to 3 days to form the rind.

Allgäu Emmentaler is a PDO cheese. Rules governing its making are overseen by a body called the “Allgäuer Emmentaler Käseverband e.V.” It can be made in the towns of Kaufbeuren, Kempten and Memmingen, and in the rural areas known as Lak Constance, Oberallgäu, Ostallgäu, Unterallgäu, Ravensburg and Bodenseekreis. The milk must also come from these areas. 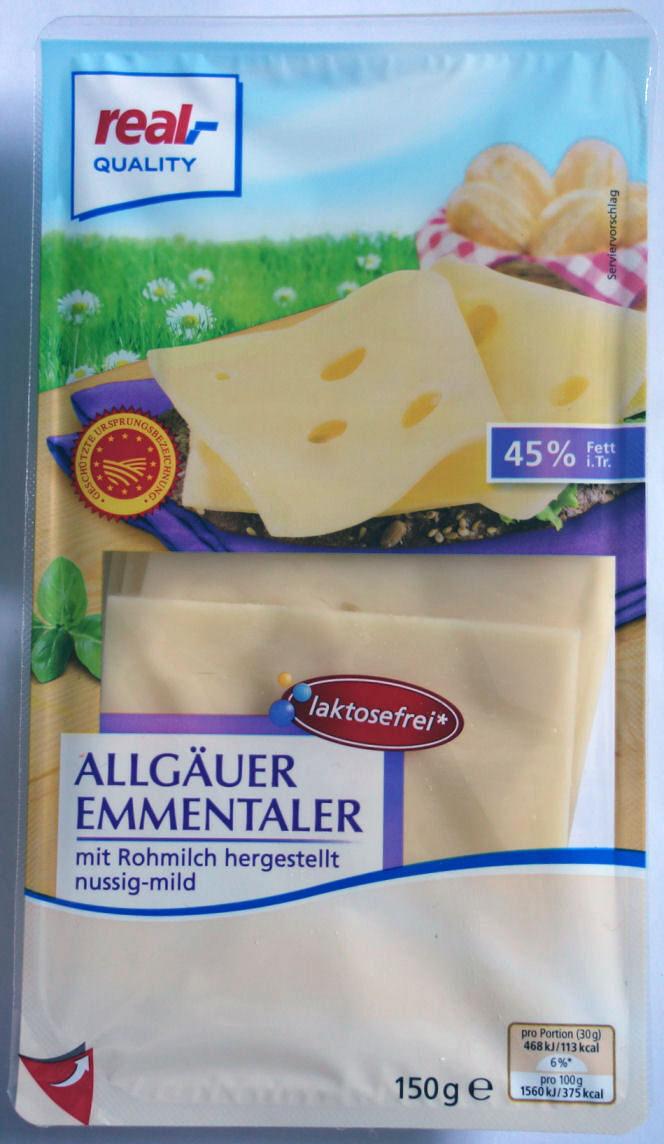 Allgäu Emmentaler can be used as a table cheese for slicing. It also shreds easily for cooking and melts well.

Allgäu Emmentaler originated with a Swiss immigrant to the area, a man named Josef Aurel Stadler who arrived in Weiler, Bavaria, in 1821 with two other Swiss cheesemakers. Production started around 1827 in the Gunzesrieder valley in Bavaria. A similar cheese had been made before that, but Stadler introduced techniques that gave consistent results. Within 20 years dairies in the area had switched to using his techniques for producing the cheese. Innovations he introduced included scientifically measuring the temperature of the milk. Previously, cheesemakers in the area had used had relied on guessing the temperature by dipping their elbow into it.

Allgäu Emmentaler is named after the “Allgäu” region in southwestern Bavaria.

This web site generates income from affiliated links and ads at no cost to you to fund continued research · Information on this site is Copyright © 2022· Feel free to cite correctly, but copying whole pages for your website is content theft and will be DCMA'd.
Tagged With: Bavarian Food, German Cheeses, German Food