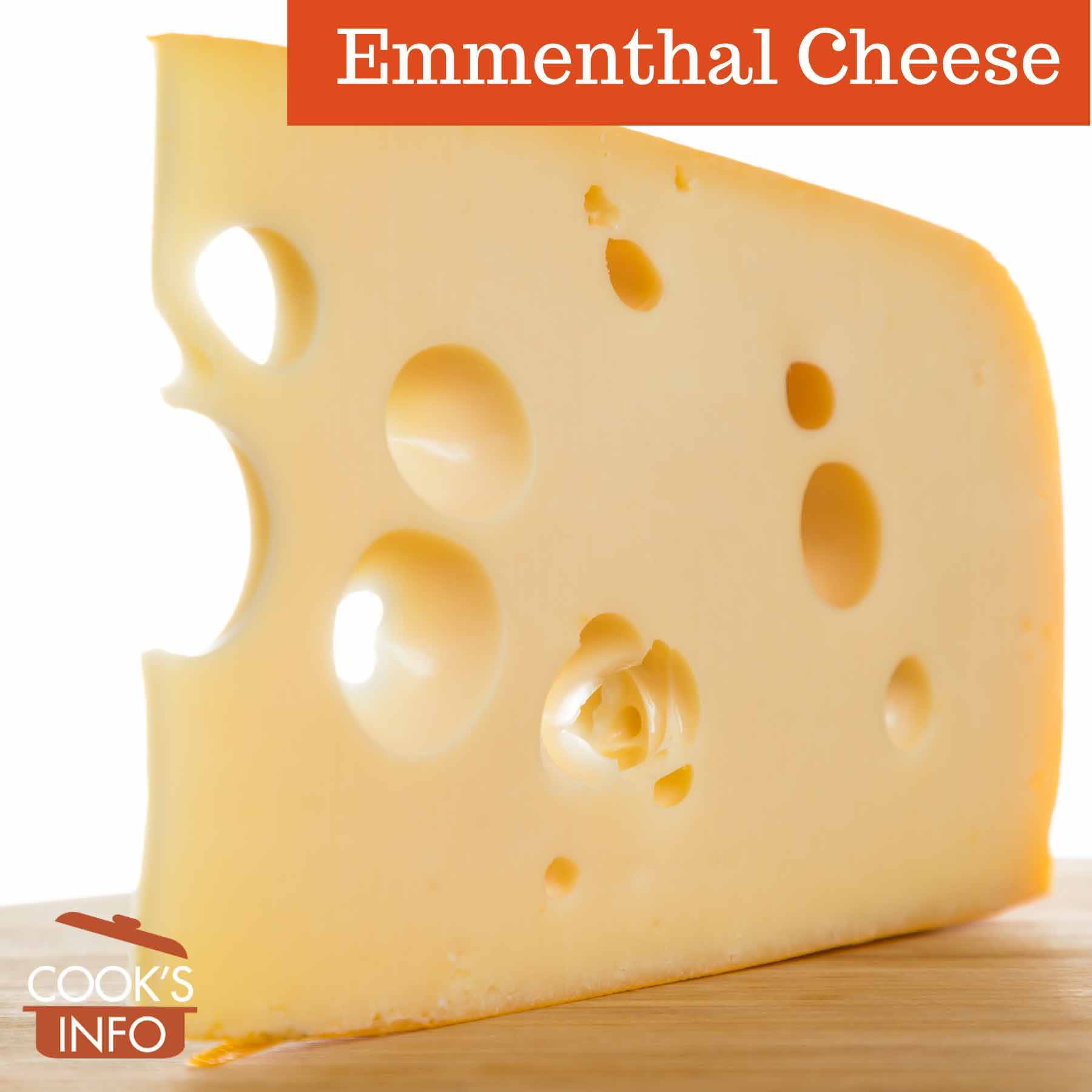 Emmenthal cheese is the famous Swiss cheese with the big holes in it.

To make it, partly-skimmed raw milk from cows is heated to 31 C (89 F.) Rennet and starter bacteria are then added. The milk is let sit to curdle for half an hour. The curd is then cut into small pieces, heated slowly to 48 C (118 F), then from there rapidly up to 53 C (127 F.) The curd is then pressed into a cheese wheel mould, and set in a brine solution for two days.

The rind will have stamped on it the town where the cheese was made (it is made by more than 1,600 dairies in the German-speaking areas of Switzerland.) It will also have a hornblower trademark symbol on it. Inside, the cheese is a pale yellow with a slightly nutty flavour.

North American Swiss Cheese is a generic, knock-off version of Emmenthal. Other versions of Emmenthal made in other countries are Maasdam made in the Netherlands, Jarlsberg made in Norway, Danbo made in Denmark, and Kambera Cheese, made in Australia.

Emmenthal melts well. Emmenthal and Gruyère are the most commonly used cheeses in a classic Swiss fondue.

Some sources claim that Emmenthal cheese originated at the end of the 1200s.

Emmenthal is almost always produced in very large wheels of around 90 kg (200 pounds) or more. In the Middle Ages, the Swiss government levied taxes based on the number of cheese wheels produced, rather than on the weight of them. Canny Swiss cheese makers just crammed more cheese into one wheel to reduce the tax.

Supply of Emmenthal to the United States was interpreted by the Second World War. Clementine Paddleford, writing for Gourmet Magazine, noted the occasion of the first Emmenthal after the war arriving State-side:

“It was a ceremony of broad smiles of lusty lip-smackings when the first postwar wheel of Switzerland Swiss cheese weighing 237 pounds was sliced, at a ceremonial tasting held recently for the New York City Press by the Switzerland Cheese Association. The cheese was the gift of the cheese co-operatives in Switzerland, harbinger of the tidings that Switzerland Swiss will be coming to this market in modest amounts by early summer.” — Paddleford, Clementine (1898 – 1967). Food Flashes Column. Gourmet Magazine. April 1946.

The name means that it comes from the Emme River valley (thal means valley) near Bern. 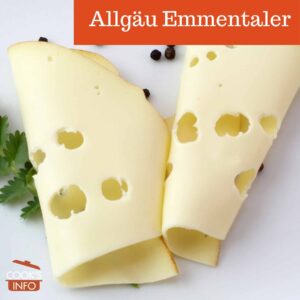 Allgäu Emmentaler is a yellowish Bavarian cheese with large round eyes. It is mild tasting when young; stronger when aged. It is often now sold sliced in packages for sandwiches. 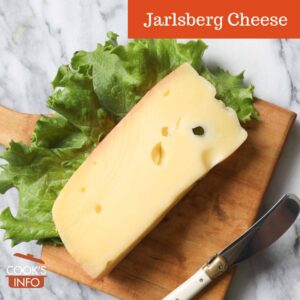 Jarlsberg cheese is a less-expensive Norwegian version of Emmenthal cheese. It is a pale yellow colour with large holes, like Emmenthal, and has the same supple texture, but is milder in flavour. 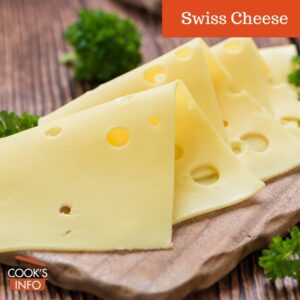 Swiss Cheese is a North American generic imitation of Emmenthal cheese. It's a hard, ivory-coloured cheese made from pasteurized cow's milk. It has a mildly nutty flavour.