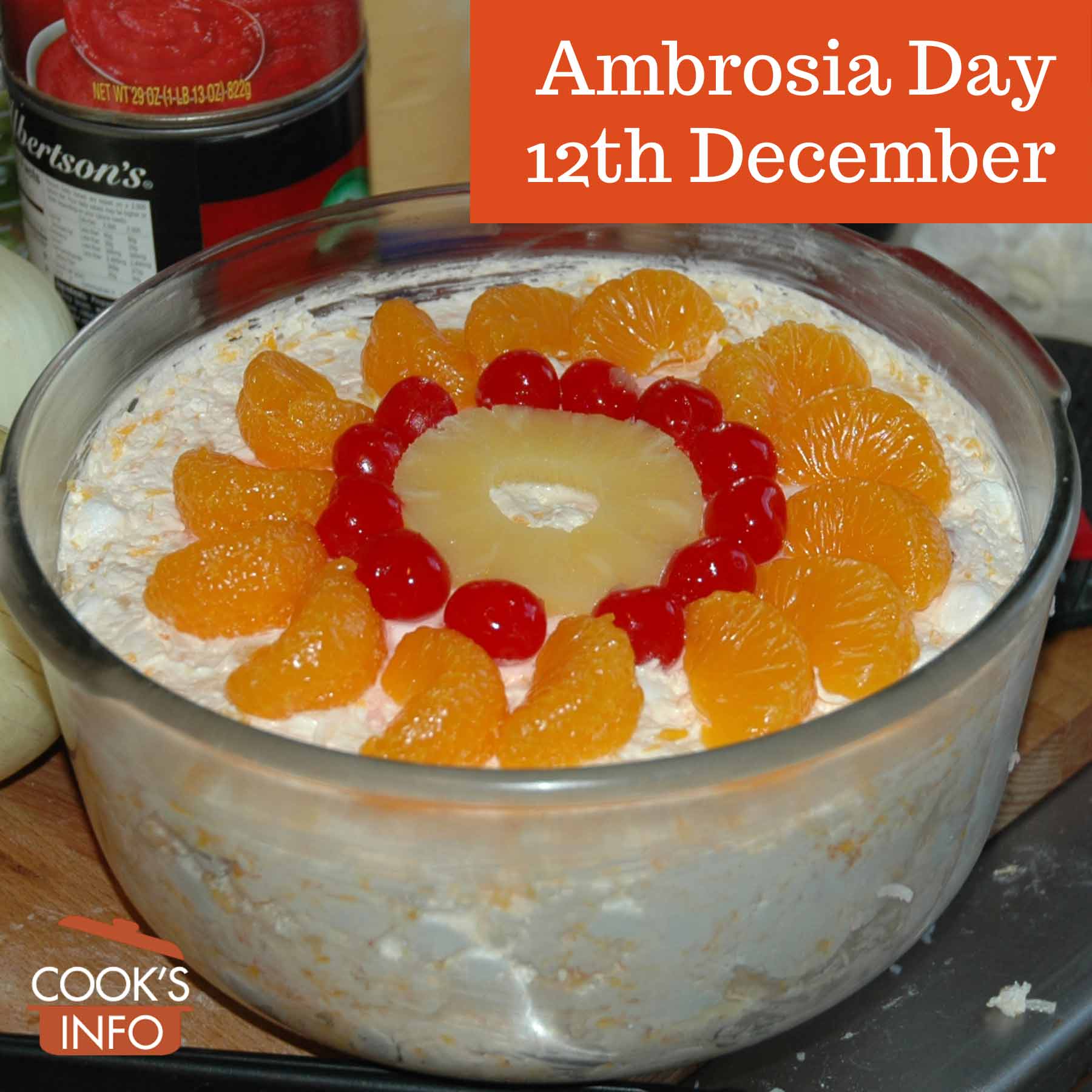 The 12th of December is Ambrosia Day.

Ambrosia salad is a very popular salad at this time of year because it looks so festive.

There are many varieties now, from cheesecake ambrosia to pina colada ambrosia.

It is a thoroughly American dish, probably originating in the American south. The earliest versions were of it citrus fruit, coconut and sugar. Now, whipped cream is often added, along with cherries, bananas, apples, and of course, miniature marshmallows.

It also makes for a nice chilled summer salad.

There’s also an Ambrosia apple now, but of course only the name is similar; it has nothing to do with the salad. There are also Ambrosia melons.

The first print media mention that CooksInfo is aware of for an Ambrosia Day in December dates from 2003 in Wisconsin:

The same notice appeared in similar format in several other newspapers on the same day, likely as part of a syndicated newspaper distribution.

This web site generates income from affiliated links and ads at no cost to you to fund continued research · Information on this site is Copyright © 2022· Feel free to cite correctly, but copying whole pages for your website is content theft and will be DCMA'd.
Tagged With: Salads