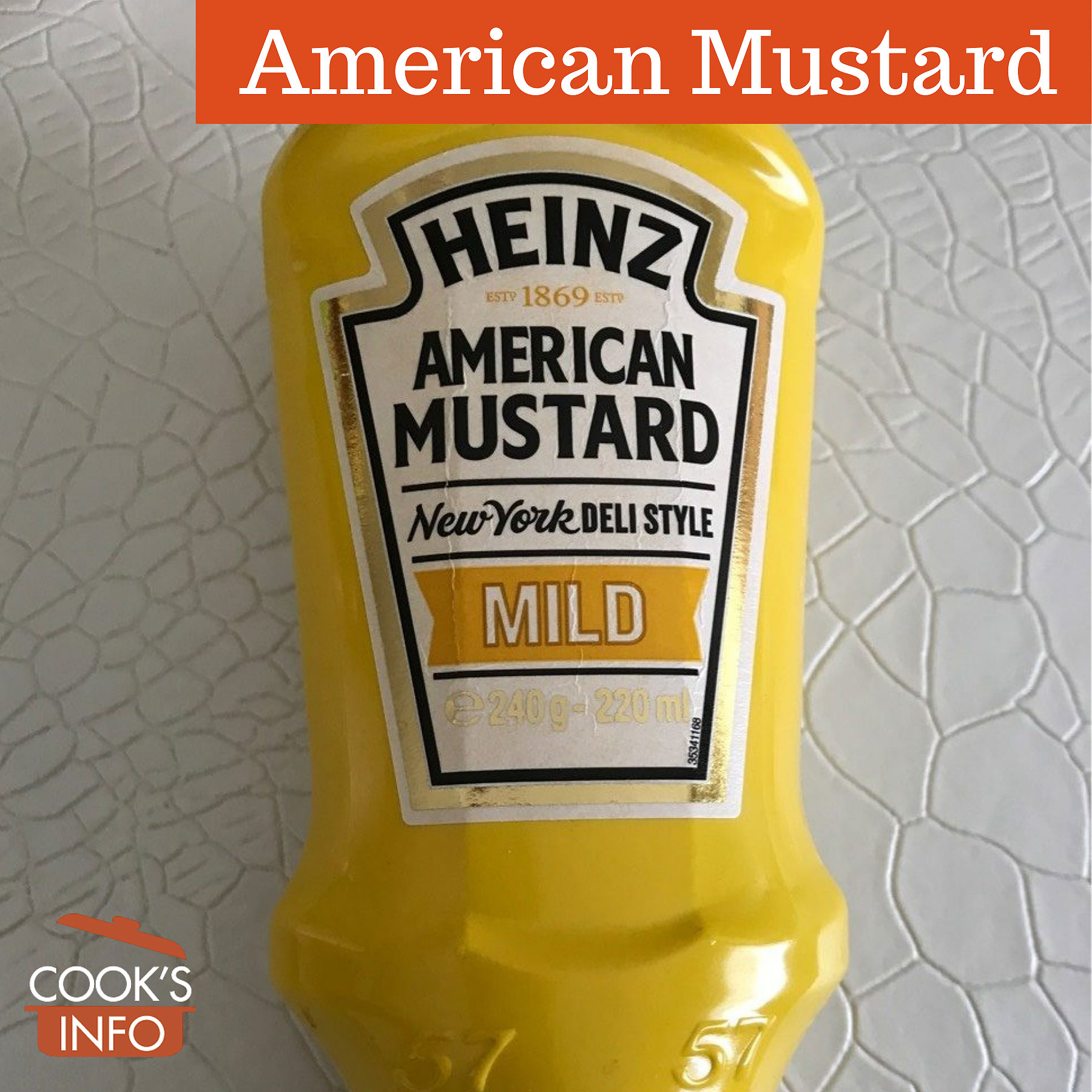 There are two main styles of American mustard, the yellow and the brown. Both are mild.

Generally, an American recipe that calls for mustard will mean the yellow, such as that made by French’s, unless otherwise specified. It is made from ground white mustard seeds, vinegar, spices and turmeric, which gives the livid yellow colour.

This yellow mustard is sometimes also called “ballpark mustard”, from its use on hot dogs sold at sporting events.

Some British wags have described the taste of American mustard as being very American: “loud and tart.” For most cooking, you’ll want a more subtle mustard: Dijon seems to be the default one.

The yellow type of American mustard was first made by the R.T. French company in 1904. It was introduced that year at the World’s Fair in St Louis.

From 1912 to 1973 it was made in Rochester, New York. Since then, it has been made in Springfield, Missouri.

There is still a street in Rochester called Mustard Street where the French’s plant was. 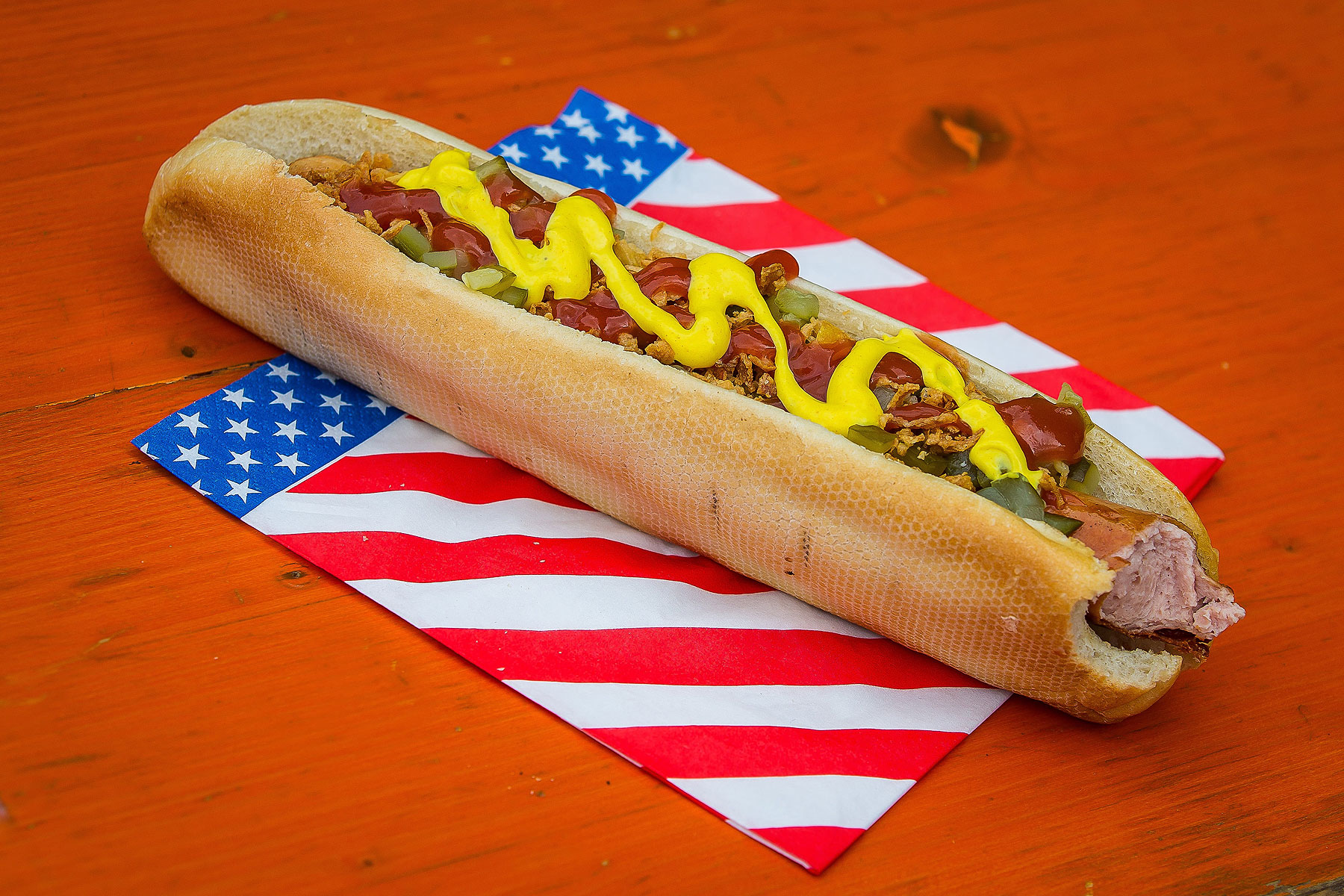