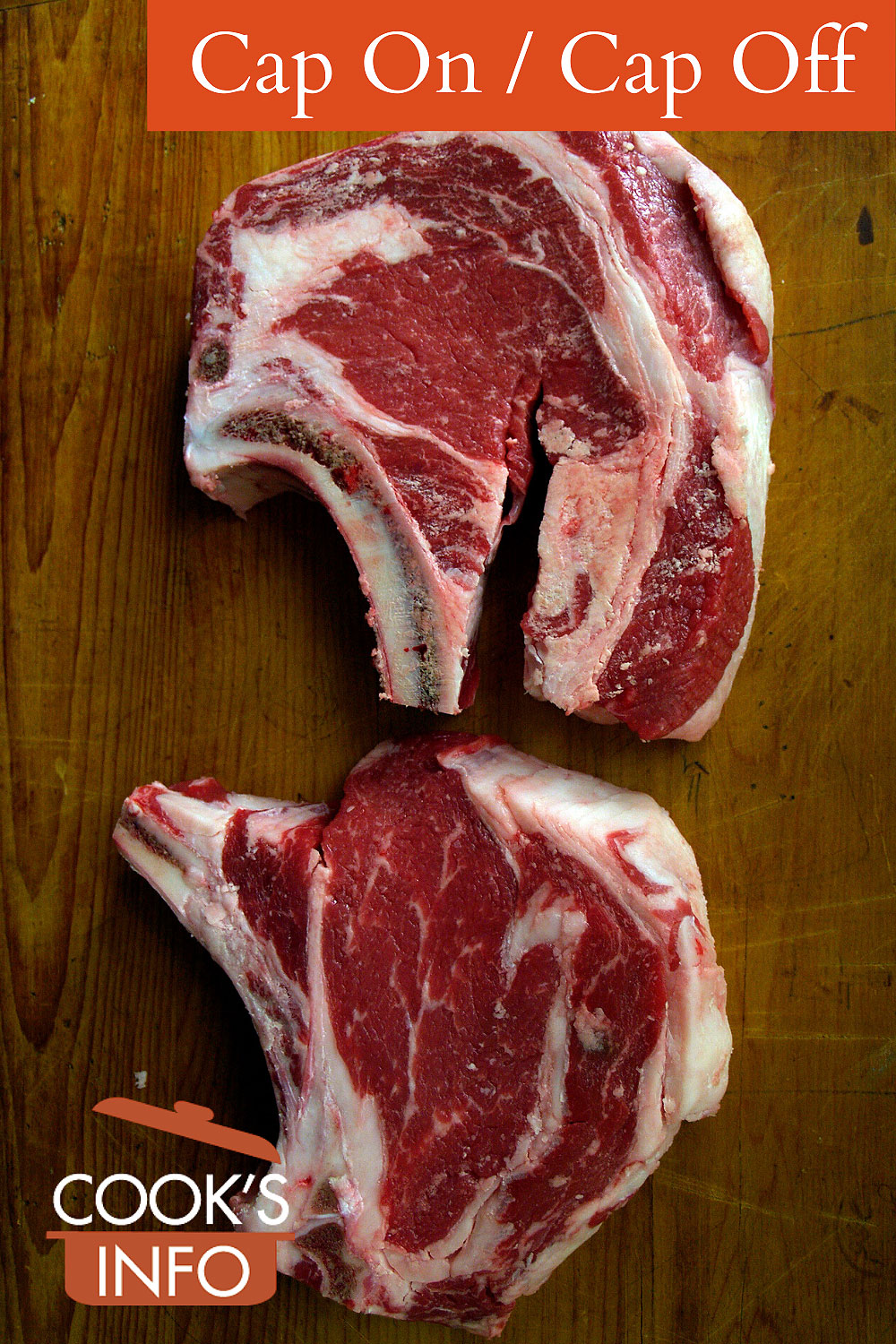 Sometimes, as can be the case with top sirloin steak or rib steak (as pictured here), a “cap” on the meat can refer to a top piece of less tender meat with some fat. Some fans swear this is the tastiest part of the cut.

The arguments against leaving the fat cap on appear to be two-fold: the first is the generic reservation today about any fat on the meat being unhealthy. The second is perhaps a bit more concrete in day-to-day terms: before serving, say, a prime rib roast with cap on, some people cut off and discard the cap just before serving. That is wastage, and even though meat with “cap on” is generally less expensive per pound / kilo than with “cap off” (to compensate for the fact that you’re paying for a measurable amount of fat as opposed to getting 100% “meat”), when you account for the wastage, it pushes up your costs per actual servable portion of meat that can reach your guests’ plates.

In spite of that, some serious beef lovers, especially grillers, get very upset if they can only get cuts of meat with “cap off.” Some try to compensate by “barding” — tying a slab of other fat on top, but aren’t entirely satisfied with the results. Whether talking about roasts or steaks, they want the cap on.

And when cooking pork, the cap (with skin) produces that wonderful, crunchy delicacy that the British call “crackling“, which is not discarded, but instead fairly portioned out so that all at the table get a taste.

Always cook roasts that have the “cap on” cap side up, so that the fat will render downwards into the meat. For beef, discard the cap just before carving if desired. For pork, turn the cap into crackling.