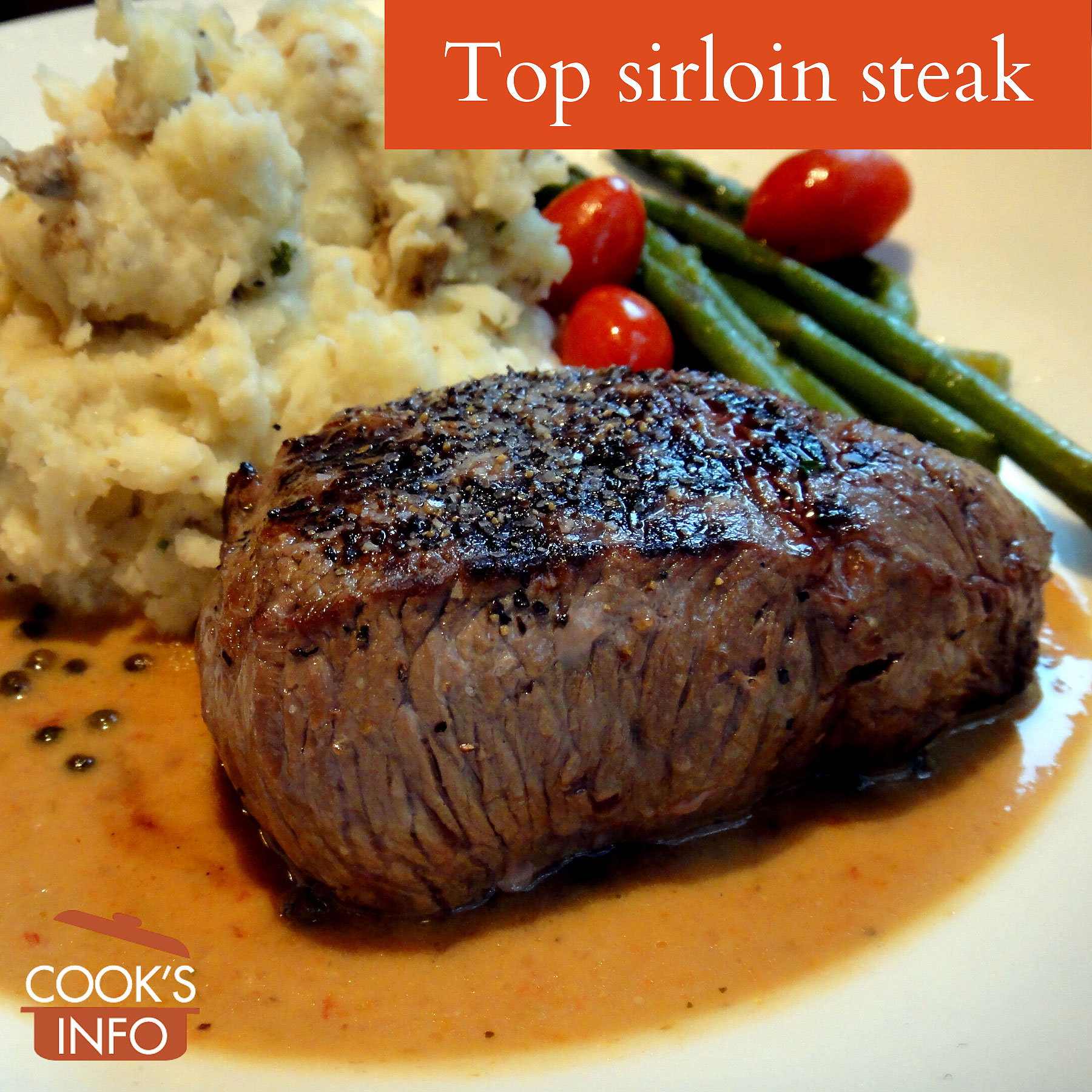 Top sirloin is not as tender or expensive as cuts from the short loin, but it is still a very good steak choice: one that many barbequers consider to have superior flavour, and one that butchers will often get for themselves.

The steak is sometimes confusingly called a New York strip in the Western USA, and a Kansas City strip in the East, inaccurate monikers which have already been applied to other beef cuts as well (see strip steak.)

Butchers will sometimes call a thick top sirloin steak a “Chateaubriand”, which is also wrong, as the Chateaubriand is another (far more expensive) cut altogether.

“Top sirloin remains after all bone, the sirloin, and extra fat have been removed from the whole loin. It is a good choice for broiling, has no waste, and is usually less expensive than porterhouse or T-bone. Especially good for steak sandwiches and for thin-cut sliced steak, it is sometimes called Delmonico steak.” [1]Beard, James. American Cookery. Boston, MA: Little, Brown and Company. 1972. Page 259.

This web site generates income from affiliated links and ads at no cost to you to fund continued research · Information on this site is Copyright © 2021· Feel free to cite correctly, but copying whole pages for your website is content theft and will be DCMA'd.
Tagged With: Beef Steaks, Steak