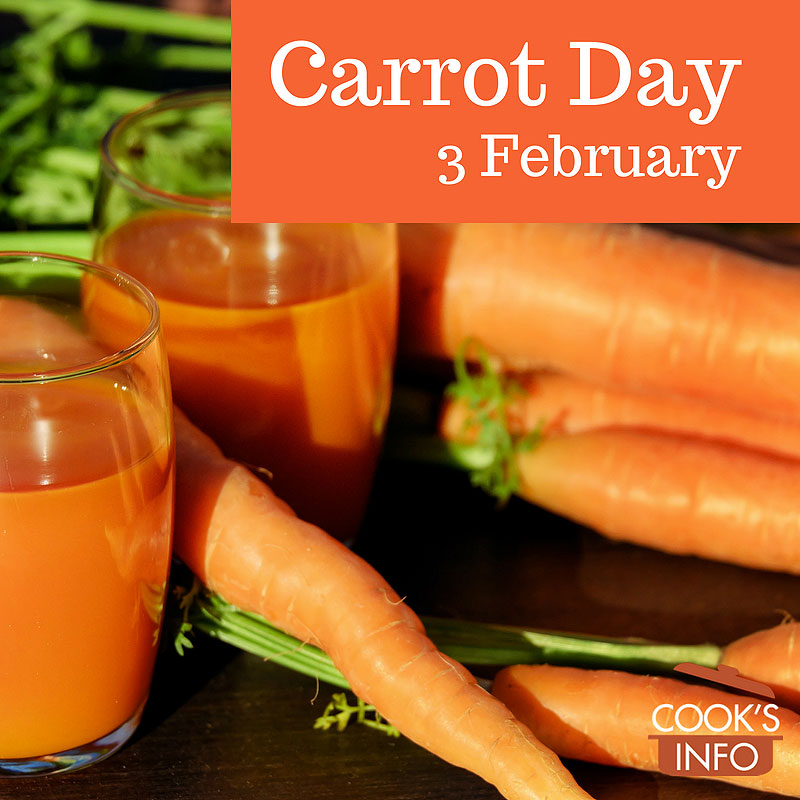 Carrot Day at last, and there are so many ways to celebrate it! A bag of crunchy baby carrots for lunch, a side-salad of grated carrot and raisin salad, or treating your kids to carrots on a stick for dessert? (A note for those thinking of trying to cover off today with carrot cake: that’s cheating — carrot cake has its own day altogether.)

Today is also a perfect day to take your favourite redhead out for lunch — unless they don’t want to be reminded of schooldays when they were called “carrot tops” by heartless kids. And so what if you were one of those heartless kids? Today you can make up for it by treating them to a bag of raw carrots, and just watch the excitement on their faces!

If you don’t happen to know any redheads — even any that are redheads now — you can still pass on the joy of the day by wishing ‘somebunny’ a Happy Carrot Day!

During World War Two in England, carrots were promoted to children as treats. Here, in a newsreel video from British Pathé in 1941, we see that while other treats are marked as no longer available, all is not lost because delicious carrots on a stick are available. 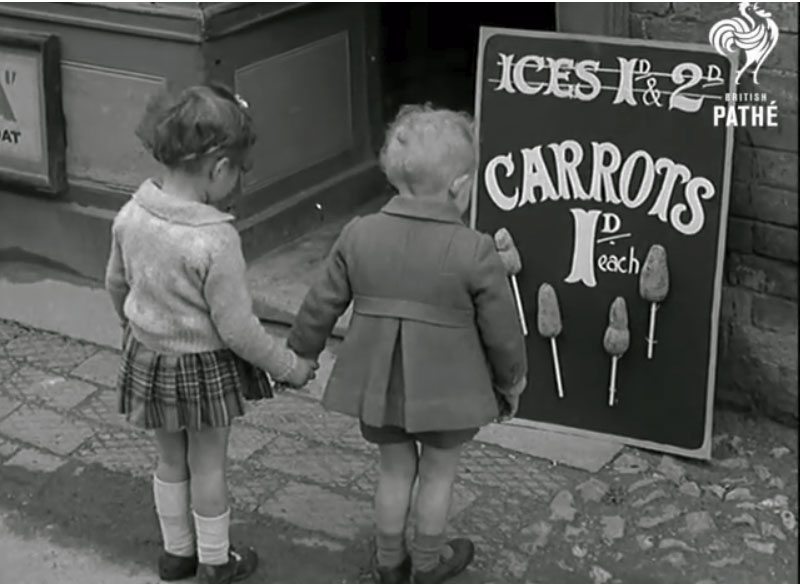 Carrots on a stick for sale. British Pathé Gazette, Easter 1941. 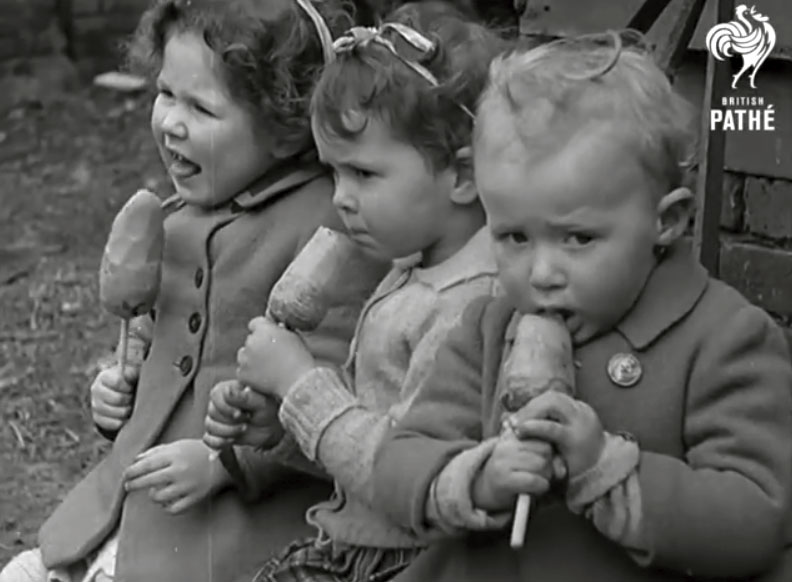 He became known as Carrot not because of his red hair, kept short for reasons of hygiene, but because of his shape — the kind of tapering shape a boy gets through clean living, healthy eating and good mountain air in huge lungfuls. When Carrot flexes his muscles, other muscles have to move out of the way first. He has a punch even trolls have learned to respect. He walks with a habitual stoop, which comes from being 6 feet tall while living with dwarfs. Like all dwarfs, when he’s away he writes home at least once a week.” — from “The Discworld Companion”, by Terry Pratchett and Stephen Briggs. 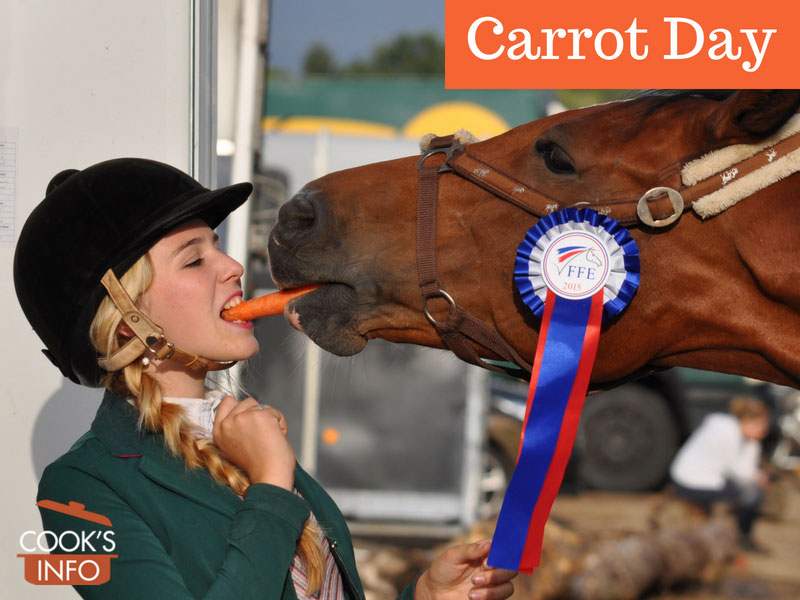 This web site generates income from affiliated links and ads at no cost to you to fund continued research · Information on this site is Copyright © 2022· Feel free to cite correctly, but copying whole pages for your website is content theft and will be DCMA'd.
Tagged With: Carrots