Durrus is an Irish, semi-soft cheese with a washed, yellowish-grey rind.

Inside, the cheese is dotted with small holes, and has a buttery texture with complex aromas.

The cheese is made from raw milk from cows that has been curdled with animal rennet, and aged 4 to 5 weeks.

Durrus Cheese was created by Jeffa Gill. She had worked in the fashion industry in Dublin in the early 1970s. She bought a farm in 1973 in West Cork on Sheep’s Head peninsula. She created Durrus in 1979, with milk from her eight cows.

In 1988, she switched to using milk from a neighbour’s Friesians. 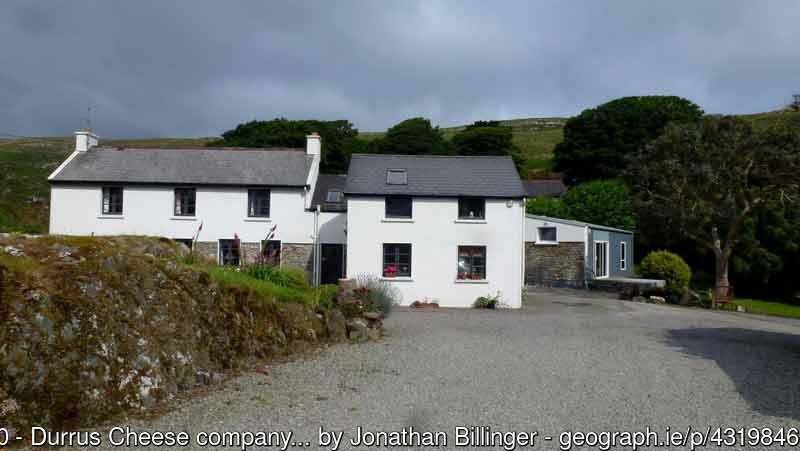 Bedell, Geraldine. An Irish Round. Manchester: The Observer. 9 March 2003.

This web site generates income from affiliated links and ads at no cost to you to fund continued research · Information on this site is Copyright © 2022· Feel free to cite correctly, but copying whole pages for your website is content theft and will be DCMA'd.
Tagged With: Irish Cheeses, Irish Food